A handful of U.S. presidents have dabbled in the arts, but did you know many pivotal world leaders have as well? Whether you consider some of these leaders to be the good guys or the bad guys, each of them had a softer side. A side they found by stepping away from the hustle and bustle of their rulings to tap into their respective creative outlets.

Vladimir Putin (page 4), along with a host of other highly famous world leaders, has sold their artwork for hundreds of thousands, even millions of dollars. Donald Trump has even sold a piece of artwork (page 6). Follow along to learn how their artwork is worth. 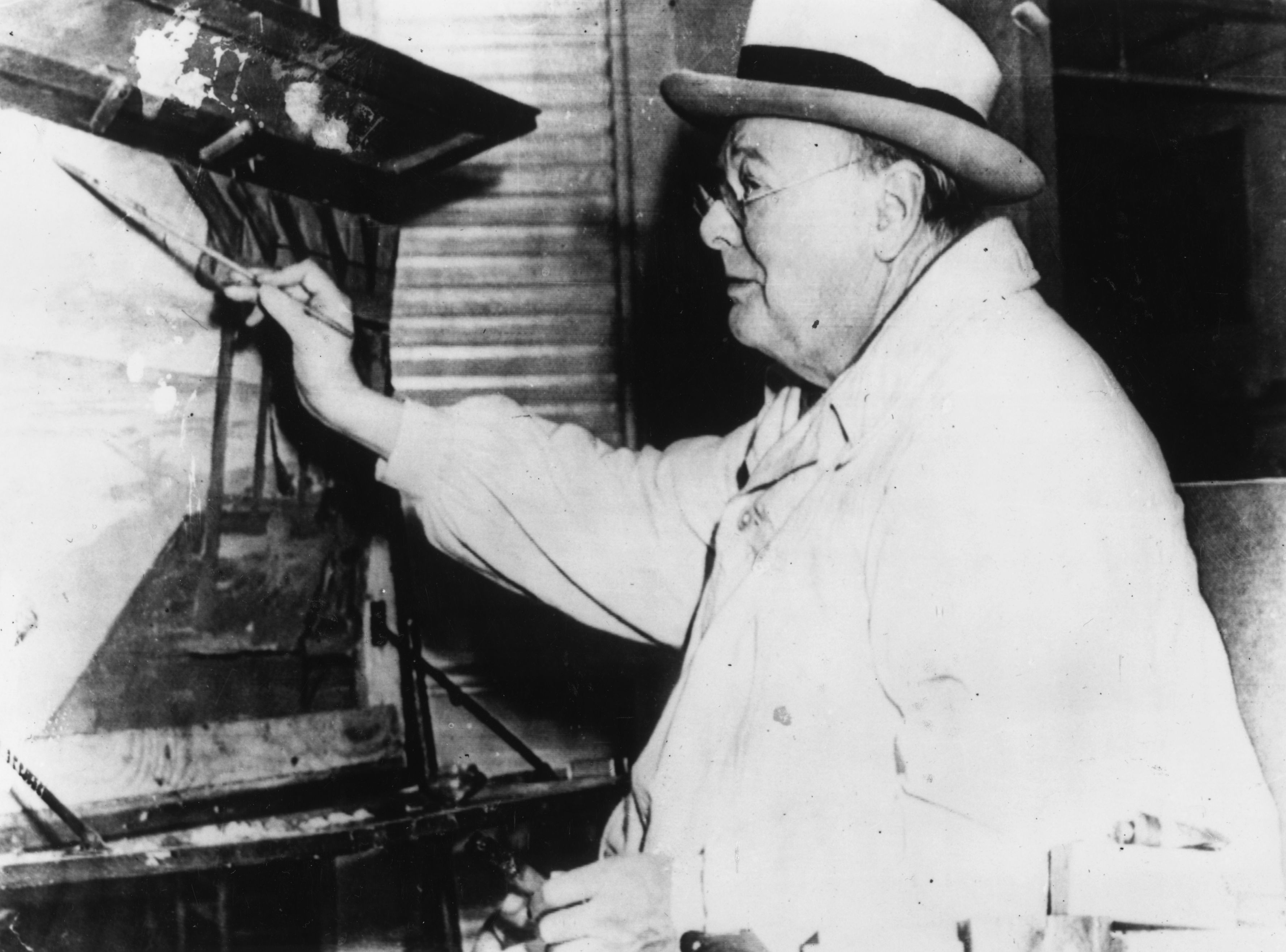 The former Prime Minister of Great Britain was quite the mover and shaker in his heyday. Winston Churchill put minimum wage into effect, led the U.K. throughout World War II, and even won a Nobel Peace Prize. But he was also a very accomplished artist. When he found the time to sit in front of a canvas, he did so with passion. Churchill’s ‘Chartwell Landscape with Sheep’ painting went for $1.4 million at an auction in July 2007.

Next: This bad guy knew how to navigate a paint palette and canvas. 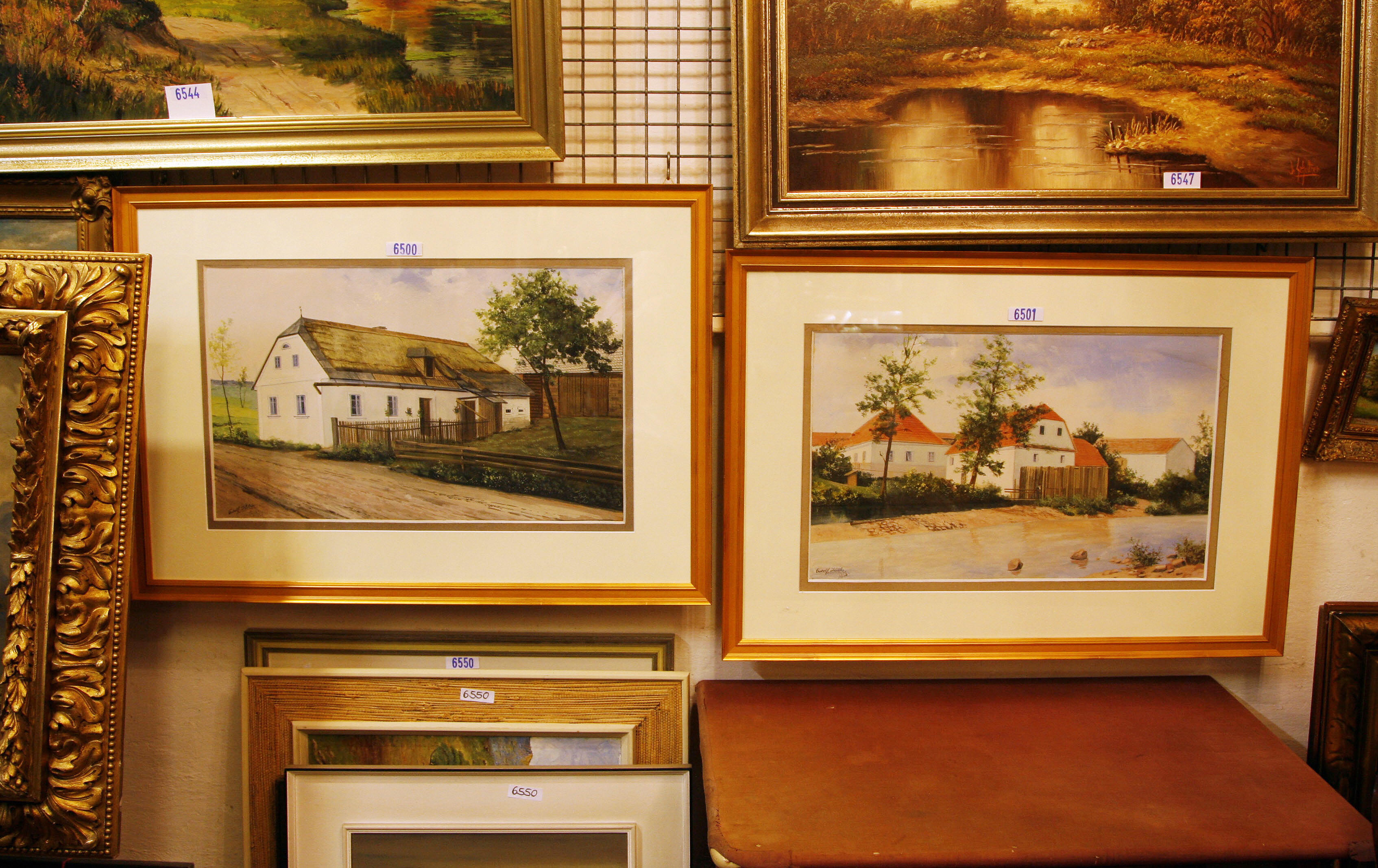 Adolf Hitler’s reputation may precede him, but did you know that he was a very disciplined artist? Believe it or not, he was. In his younger days, before he turned into an infamous dictator, he spent a lot of time painting. The New York Times reported that at an auction in Germany, an unnamed Chinese buyer purchased Hitler’s ‘Neuschwanstein Castle in Bavaria’ painting for $113,000

Next: The former Russian president has tried his hand at painting and photography. 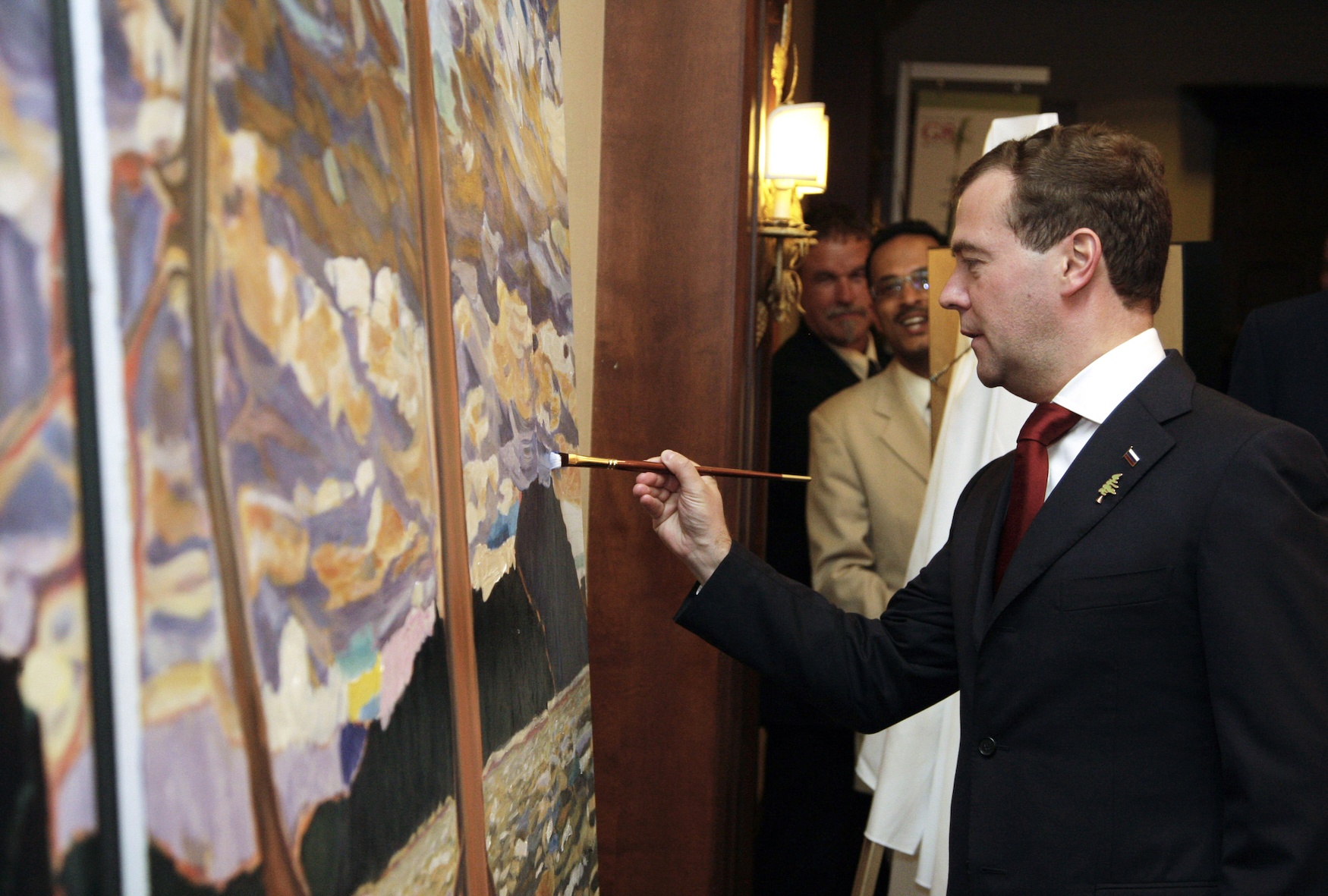 Medvedev painted a bit, but photography was his main passion. | Dmitry Astakhov/AFP/Getty Images

Painting isn’t for everyone, including former Russian President Dmitry Medvedev. Photography, however, was Medvedev’s medium of choice. He once photographed an aerial view of the 17th-century Tobolsk Kremlin building, which ended up fetching $1.7 million at a Russian charity auction in St. Petersburg in 2010. 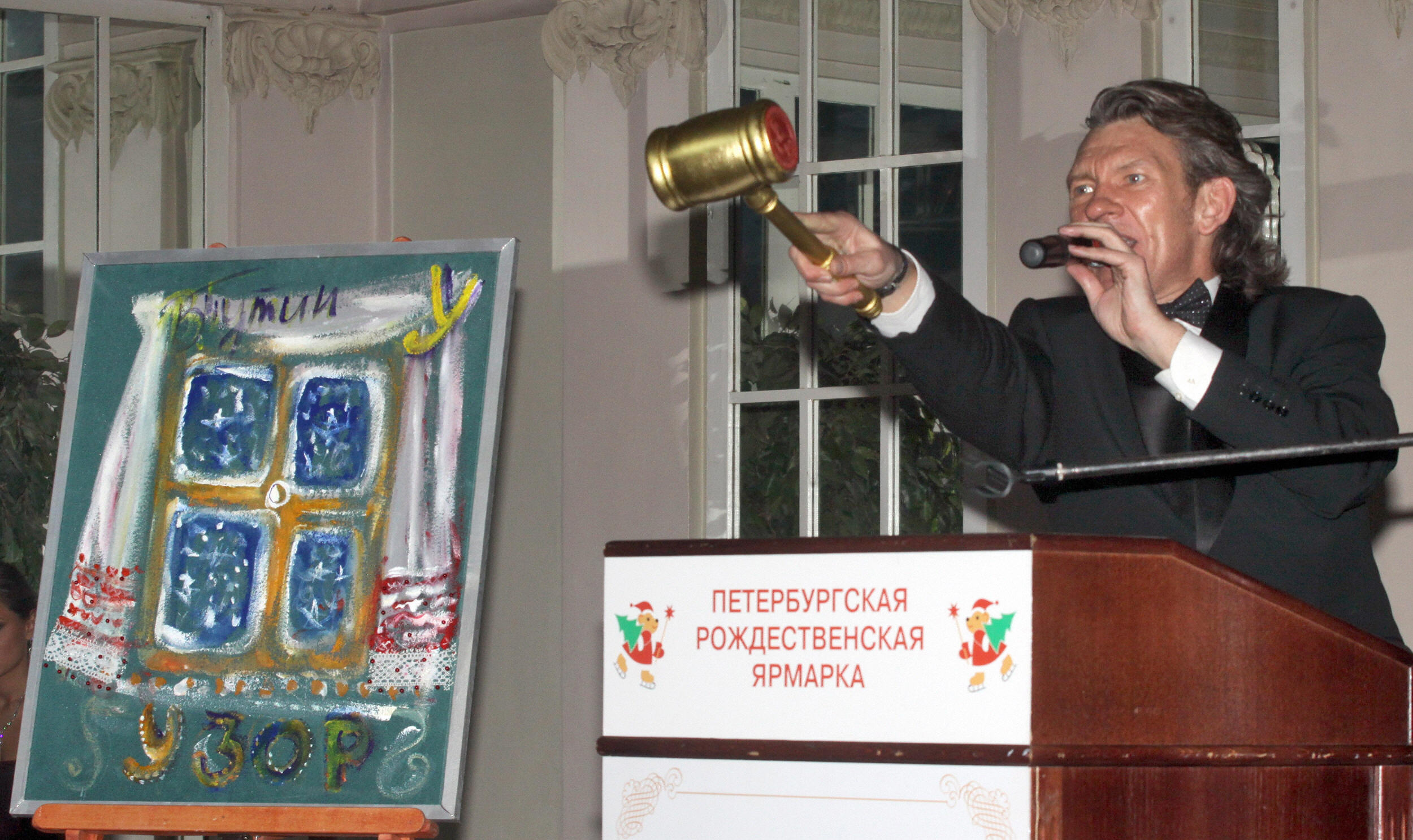 Back when Vladimir Putin was still fulfilling his role as Prime Minister of Russia, he tried his hand at painting. Putin (with his tough-guy persona) does not exactly present himself as the artistic type of fellow, but maybe is. The oil painting illustrated a window looking outside at falling snow. While some critics would find the painting to be nothing to write home about, one buyer at a St. Petersburg auction bought it for $1.1 million.

Next: This former U.S. president has experienced some success in the arts. 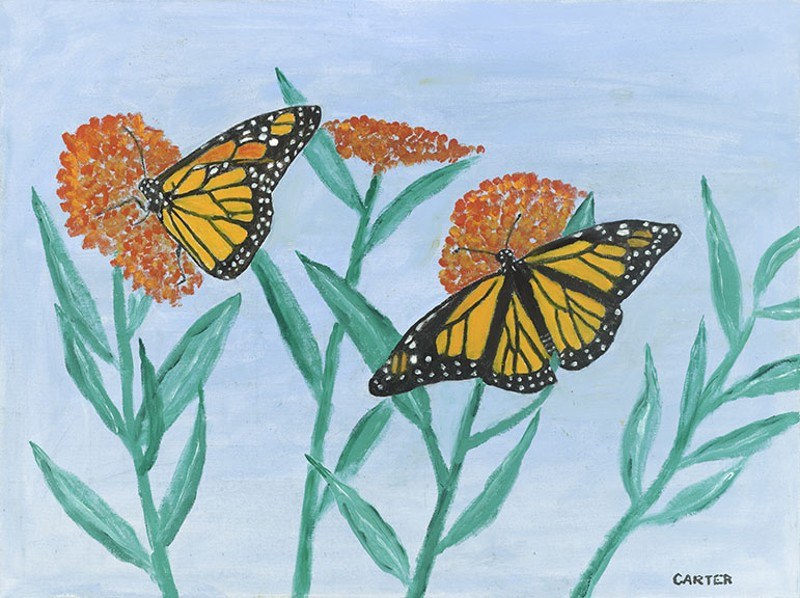 Carter’s paintings have been auctioned off for charity. | The Carter Center

Former President Jimmy Carter’s art-loving roots run deep. So deep that he founded The Carter Center at Emory University in order to bolster efforts to defend human rights. Through art auctions and other fundraising events, The Carter Center has been able to bridge some of the human rights gaps right here in the U.S. Carter loved to paint, and one of his paintings was auctioned off for $250,000 in 2012, which benefited the Carter Center.

Next: Here’s how Donald Trump stacks up. 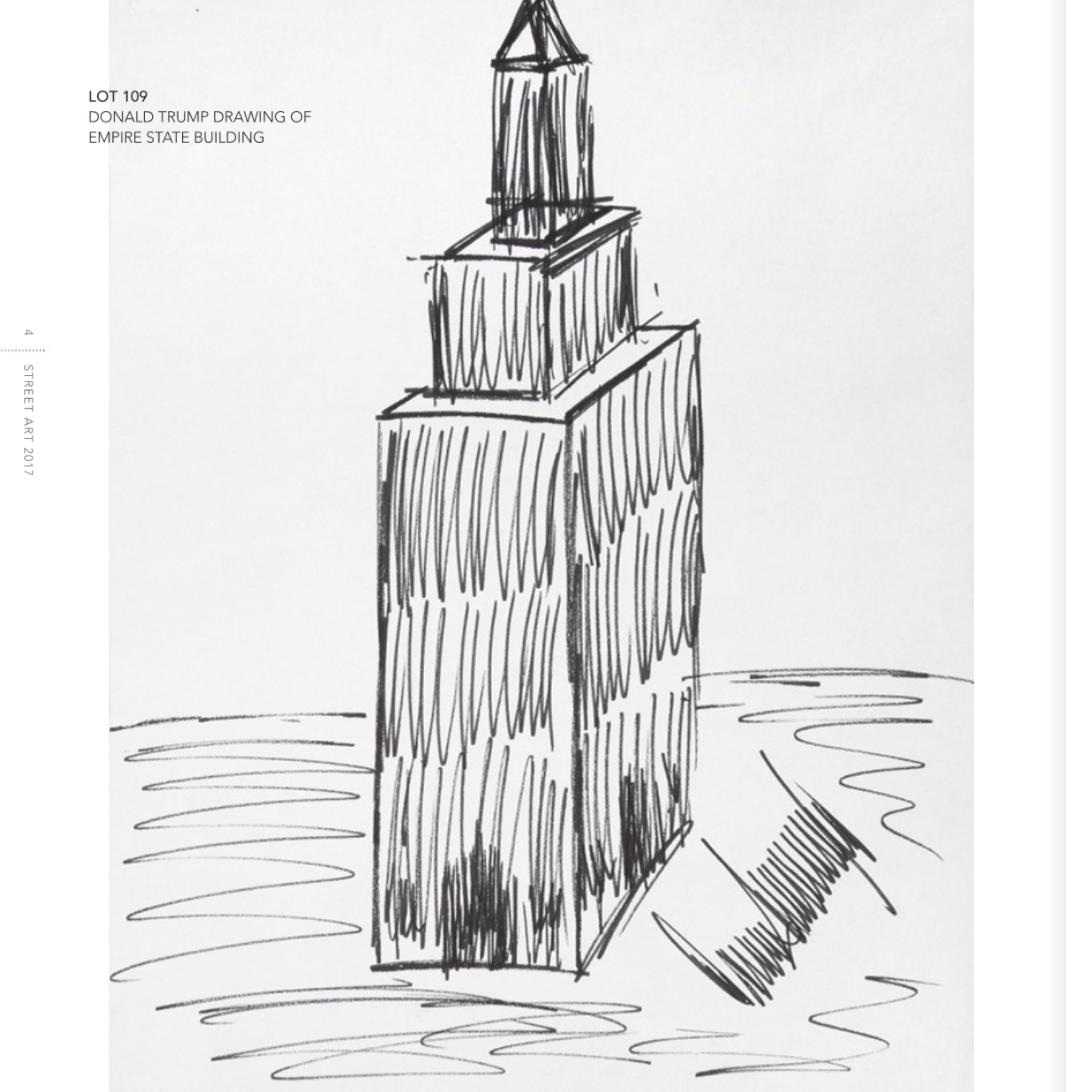 The elementary sketch went for a lot of money. | Julien’s Auctions

Unbeknownst to the masses, the real estate mogul turned reality TV star turned 45th President of the United States has sold a piece of artwork. It’s true. But rest assured that this piece is far from a skilled Grant watercolor painting.

Back in the ’90s, Trump used a black marker to sketch out a somewhat elementary version of the Empire State building, which fetched $100 in at an auction in Florida in 1995. Strangely enough, another real estate mogul purchased the sketch for the original owner for $16,000. 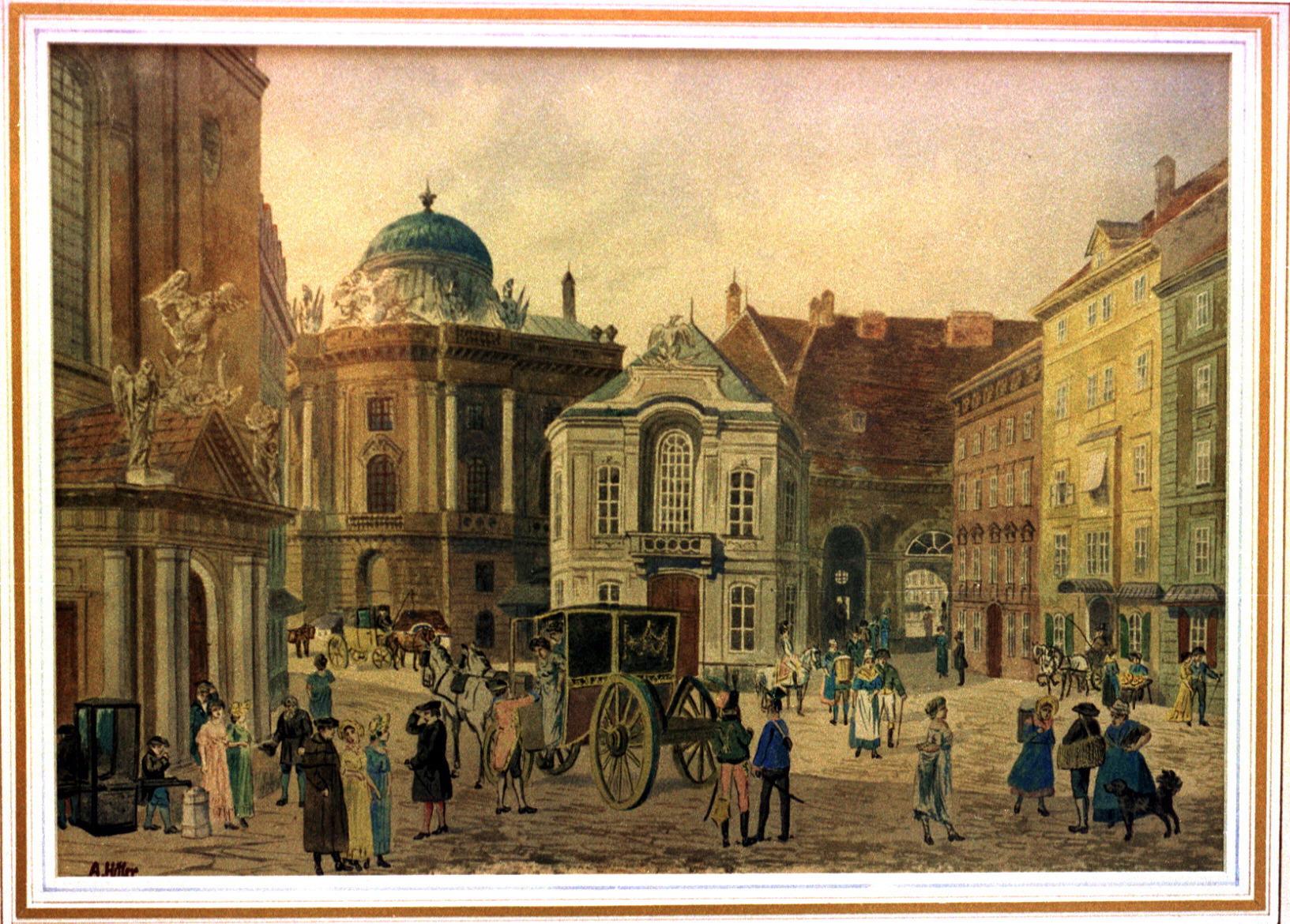 Adolf Hitler’s paintings fetch a decent price, considering he carried out an obscene amount of horrendous deeds. But perhaps that adds to the value of his work for some buyers. In 2014 at the Weidler auction, an original Hitler watercolor painting was purchased by an unnamed Middle Eastern buyer for $161,000.

Next: A presidential painted novelty that many people loved. 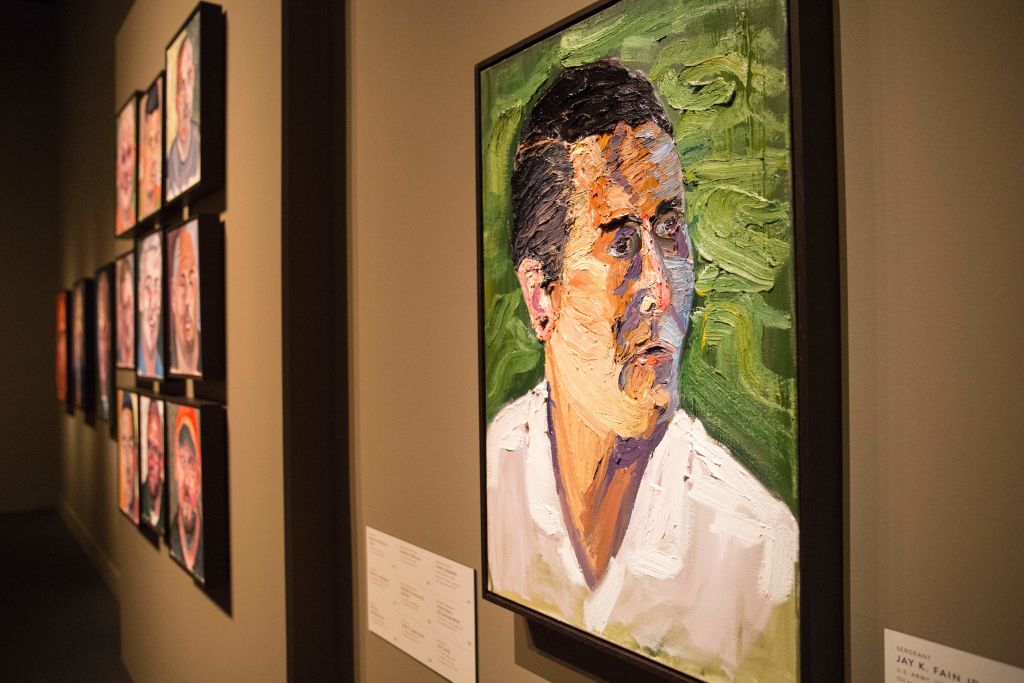 Bush has been painting up a storm since he left office. | Laura Buckman/AFP/Getty Images

When Former President George W. Bush got hacked, the world suddenly learned just how much time Mr. Bush had on his hands after leaving the White House. He has even said that painting has done nothing but change his life for the better. Bush isn’t selling off his paintings for crazy amounts of money yet. He has, however, sold off thousands of ornaments adorned with a miniature version of an original. The $29.98 ornament was quite popular during the 2013 holiday season.