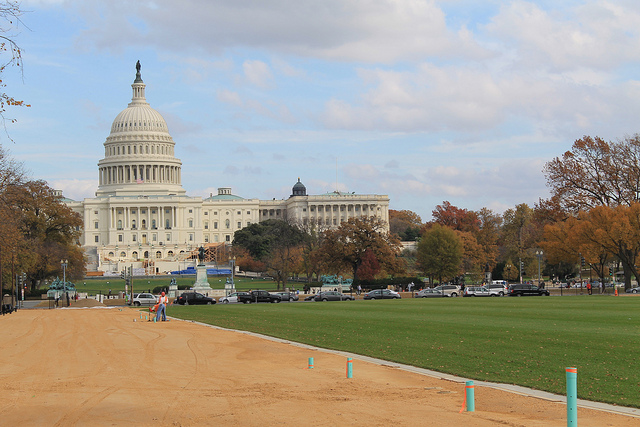 Officials in the Obama administration responsible for implementing the online insurance marketplaces — the cornerstone provision of the Affordable Care Act — had a rough Wednesday. First came the testimony of Centers for Medicare and Medicaid Services Deputy Chief Information Officer Henry Chao and the administration’s technology chief, Todd Park, before the House of Representatives’ Committee on Oversight and Government Reform. Then came the government’s release of the number of people who have enrolled in plans through the federal insurance marketplaces.

Lawmakers learned from the Department of Health and Human Services that just 26,794 people enrolled through the federal health insurance exchanges in October, even though Healthcare.gov and the state-based exchanges saw more than 26.5 million unique visitors during the first month of the enrollment period.

This information showed that IT problems translated into enrollment problems for the Obama administration. Department of Health and Human Services Secretary Kathleen Sebelius, who noted during a congressional hearing held earlier this month that enrollment numbers would be low, disclosed the numbers during a conference call with reporters. Even including the 76,391 individuals who enrolled through the state-run marketplaces, some of which had technical problems, as well, the 106,000 total enrollments fell far below the 500,000 expected by the administration.

Lawmakers, led by Committee Chairman Darrell Issa, a California Republican, pressed Chao and Park for a definitive yes or no answer on whether the website linking the 36 federally facilitated insurance exchanges, Healthcare.gov, will work by the end of the month. Park only responded that “the team is working incredibly hard to meet that goal.”

The top Obama administration information technology experts explained that improvements have been made to the error-riddled Web portal and that more fixes will made in coming weeks. But they said the website will “not be perfect” by November 30, the date on which government officials promises healthcare.gov would me operating smoothly.

However, White House Press Secretary Jay Carney told reporters shortly after the hearing concluded that the the site was “on track” to be working for the “vast majority” of consumers by the deadline.

The online marketplaces launched on October 1 to numerous software errors and design flaws that caused hours-long wait times, prevented potential customers from creating accounts and completing the 30-step enrollment process, sent insurers the wrong information, and made it difficult for customers to get an accurate cost estimate. While these glitches were somewhat overshadowed by the political crisis in Washington, once the debt crisis had been temporarily resolved and a continuing resolution to fund the federal government passed, those problems quickly became the primary focus of congressional oversight.

Five hearings have been held since the botched October 1 launch of the online insurance marketplaces, the key provision of the Affordable Care Act, which was designed to make coverage more affordable and accessible to many of the country’s 48 million uninsured people. Those hearings — characterized by apologies from both Sebelius and Centers for Medicare and Medicaid Services Administrator Marilyn Tavenner — have brought to light a few grudging admissions.

While the new information may not have been surprising or all that revealing, Congress did learn a few things. Sebelius said that the error-riddled federal website, Healthcare.gov, would likely mean low sign-ups for the first six weeks of the enrollment period. Federal contractors, meanwhile, told representatives that the Obama administration was forewarned that the federal health care exchange was not ready for enrollment one month before it was scheduled to go live.

The congressional hearings have by far been the GOP’s most effective strategy to highlight what many lawmakers see as an unacceptable level of incompetence in the Obama administration’s implementation of the health care reform. In the first hour of Wednesday’s 4.5-hour hearing, both Park and Chao described the website’s problems as “unacceptable,” but both refused to give a letter grade to the rollout of the federal exchanges despite pressure from Tennessee Rep. Scott Desjarlais.

Lawmakers from the other side of the aisle argued that such questioning was counterproductive, as Issa was only “over-politicizing” the issue. Democrat Rep. Jim Cooper likened the hearing to a kangaroo court. “For the past three years, the No. 1 priority has been to bring down this law,” Cummings said, referring to the partial shutdown of the federal government and repeated attempts by House Republicans to repeal or defund the health care reform law that was approved, without any Republican support, in March 2010. Issa responded that it was “not a partisan hearing.”

Rather, he said the hearings were an important opportunity to exercise congressional oversight. During his opening statement, Issa said that the federal website was not such “a small mistake.” He said “the president should have known,” adding: “They weren’t ready. They weren’t close to ready.”

Issa asked Park to explain why the website was not ready, but little information was forthcoming.

Don’t Miss: 10 States That Offer the Most Comfortable Retirement.