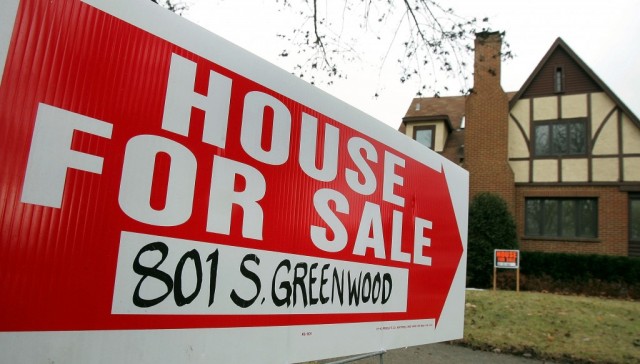 Buyers and sellers in the real estate market are quickly finding out that homes are truly worth whatever someone is willing to pay for them. By the time closing papers are signed, homes can sell for above, below, or equal to estimated market value. The housing rebound pushed prices noticeably higher in recent years, and almost a third of home sellers are getting more than market value.

The good times continue to roll for geographically-gifted sellers. A new analysis from RealtyTrac finds 27% of sellers in 315 counties across the nation recently received at least 101% of their home’s estimated full market value. In comparison, 59% of sellers sold below market value, and 14% sold at market value. The analysis included April housing data, using average sales prices and estimated market values at time of sale for single-family homes and condos. Every county contained a population of at least 100,000 and at least 100 home sales.

As the chart below shows, six of the 10 worst housing markets for buyers are found in California. Alameda and San Francisco top the list, where sale prices average a whopping 108% of market values. This is not too surprising considering an influx of affluent techies have virtually demolished any chances of decent-priced housing near Silicon Valley. The nation’s capitol ranks third as sale prices average 107% of market values. Housing markets in North Carolina, North Dakota, and Virginia also make the list. Meanwhile, another tech hub may also prove difficult for home buyers. 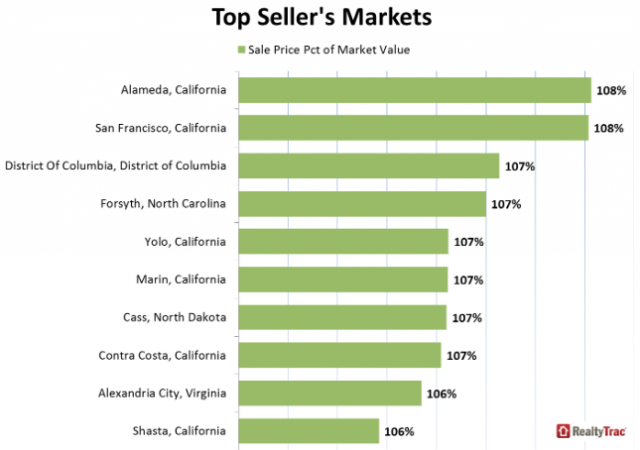 “The Seattle housing market is completely controlled by sellers right now,” said OB Jacobi, president of Windermere Real Estate, covering the Seattle market, where average sale prices were above average estimated market values in all three counties comprising the metro are. “Homes are selling as quickly as they’re listed and usually for well over asking price. Some are concerned about the potential of another housing bubble given the lack of homes for sale and the bullishness of buyers in bidding up properties, but for now I believe that there are sufficient safeguards in place to keep this from happening.”