We can all agree these workplace behaviors are the worst. | iStock.com

Are you behaving badly at work? You’ve got company. A recent study by Better Buys found that American employees are doing a lot more than work at the office. Many are wasting time and exhibiting some pretty bad behavior.

If you’re guilty of unprofessional behavior, it’s time to clean up your act. You could lose your job if your employer catches you doing something that violates company policy. A study by CareerBuilder revealed 28% of employers have fired an employee for shopping online during work time and 18% have fired an employee for posting something inappropriate on social media. So familiarize yourself with your company’s handbook and do your best to follow the rules.

Better Buys analyzed responses from more than 2,000 employees across several industries to see what the most common bad workplace behaviors were. Let’s take a look at some of the worst things employees do at work. 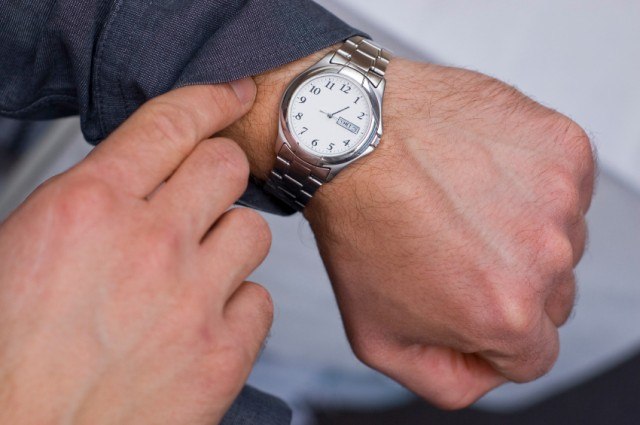 Are you always late? Then you have something in common with Southern and Midwestern workers. Better Buys surveyed the worst-behaved regions and found that the South and Midwest take the lead when it comes to employees who are always late. So if you can’t seem to arrive to work on time, you’ve got some friends. If you’d like to attempt to hold on to your job by changing this bad habit, a few simple tweaks can get you back on track. Try to simply get to bed earlier or leave your home earlier. Also, instead of relying on your mobile phone when you need to check the time, get a watch. This way, you’ll be constantly reminded that the minutes are ticking away.

We know what you’re doing. | iStock.com

Some workers are behaving badly by calling out sick when they’re perfectly healthy. When Better Buys took a look at the most frequent offenders, they found that employees working in the education, manufacturing, and retail industries were most likely to play hooky, with education employees coming out on top (50.2%). When career and job levels were analyzed, it was discovered that customer service representatives, support staff, trained professionals, and administrators called out sick the most. Customer service representatives (50.5%) represented the career group with employees who called out the most.

This doesn’t belong in the workplace. | iStock.com

Cursing up a storm is never professional office behavior. However, it’s a common occurrence among many employees. So who curses the most? When broken down by gender, Better Buys found that men tend to use foul language the most (29% versus 24%). If you’re tempted to color your sentences with expletives, slow down, take a moment to think about what you want to say, and then rephrase your message without the offensive language. If you’re still tempted to curse, replace the bad word with something that sounds similar to the word you want to say. Did you stub your toe? Scream out “sugar!” Want to express surprise or excitement? Tell someone to “Shut the front door.” Hey, it just might work; give it a try.

Some workers just can’t keep a juicy piece of news to themselves. They just have to find someone to accompany them at the water cooler and discuss a co-worker’s nasty divorce. Roughly 19% of men and 30% of women have engaged in gossip about a co-worker. So the next time you’re tempted to talk about someone at the job, think about not only how unprofessional it is but also how you would feel if the shoe were on the other foot. If you must gossip, wait until you get home and talk to your cat. Mr. Socks will appreciate the conversation and cuddle time.