The Worst Times to Go on a Job Interview

Snagging a job interview is a great feeling. However, it’s important to make sure you don’t forget one important detail: the time you schedule your interview. Certain days of the week and times of day are not the best when it comes to meeting with a hiring manager. If you meet during a bad time, it could affect the outcome of your job interview. The Cheat Sheet spoke with a few career experts to get their advice on the times to avoid.

If you want the hiring manager’s full attention, you’ll want to steer clear of Mondays and Fridays. David Bakke, personal finance correspondent for Money Crashers, said most office dwellers have lost their focus by the time these days roll around. “The worst days of the week for interviews are Mondays and Fridays. People may still be tired on Mondays and may not have the right focus later on in the week,” Bakke said.

Amy Keenan, a corporate recruiter for Allied Building Products, agreed with Bakke. Keenan said it’s best to try to avoid Monday mornings and Friday afternoons. “On Monday, managers are just getting back in the office and things can be hectic … Friday afternoons aren’t great either, because managers are wrapping things up for the week,” Keenan told The Cheat Sheet.

Keenan also said lunchtime could be bad for some hiring managers. A growling stomach could prove to be a distraction. “Lunch time can be a bad time too, as most people stick to their routines and, worst case scenario, could be hungry! All this being said, there are exceptions to every rule. You may be asked for a lunch interview. In that case, say yes! You want to work with them and not be too picky right off the bat. It gives the wrong impression,” said Keenan.

First thing in the morning 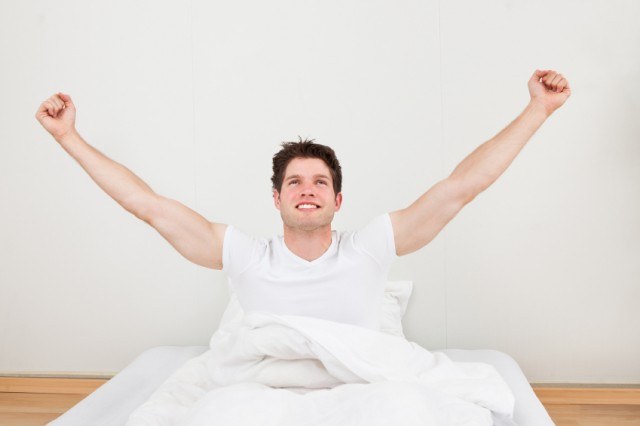 The early bird doesn’t always catch the worm. Bakke said setting up an interview early in the morning may mean you’ll catch your interviewer before he or she has had a chance to fully wake up and focus. “You don’t want to interview first thing because the interview may have a difficulty showing up on time or might not be fully focused,” Bakke said.

Late in the day

Man rubbing his eyes in front of a computer screen | Source: iStock

Energy levels are usually low as the day goes on. You’re likely to get an interviewer who is tired and possibly cranky after a long day of putting out fires, interviewing other candidates, and maybe even dealing with personal issues. Meghann Isgan, human resources consultant for Sunglass Warehouse, said end-of-day interviews are not the best choice. “The absolute worst interview time is the very end of the day when everyone is ready to head home,” she said.

If you have a choice of what time to interview, you may want to follow the above suggestions if you can. However, it’s not the end of the world if you can’t get the “perfect” day and time. Keenan said that the most important thing on your list should be preparing for the actual interview.

“It’s not as important in the big picture as how you perform in the interview itself. The important thing is to be accommodating to the person trying to schedule the interview. Even if you have a time or day in mind, you need to show that you are flexible,” Keenan advised. “Being prepared for the interview, knowing about the job and company, and being to sell your accomplishments and potential to that employer is what is going to set you apart from your competition.”