Would the Great Gatsby’s Life Be Buried in Debt Today? 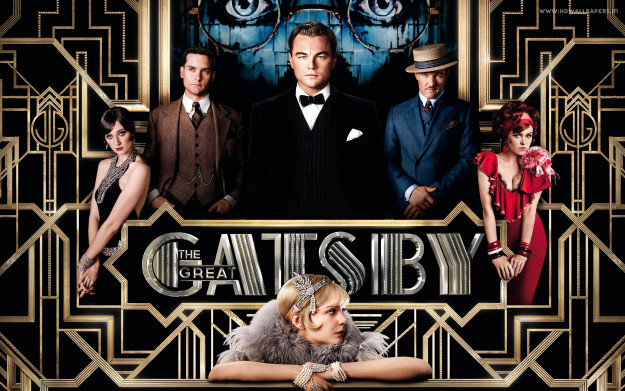 F. Scott Fitzgerald’s Great Gatsby represents an important piece of the American literary canon, standing as a cautionary tale of the decadent downside of the American dream. But within the story of Jay Gatsby lies another warning; while it took approximately 88 years and one financial crisis to unravel, in reality, Gatsby’s lavish lifestyle would land him with a massive mountain of debt.

The glamour and wealth detailed throughout the novel has become an iconic, if not completely realistic, representation of the Roaring Twenties. The parties — thrown in Gatsby’s West Egg mansion, with its “Marie Antoinette music-rooms and Restoration salons” — featured a full orchestra to entertain guests with “oboes and trombones and saxophones and violas and cornets and piccolos” two dinners were served, with “spiced baked hams, pastry pigs, turkeys, salads of harlequin designs” topping the menu; and guests drank from a full bar that was “stocked with gins and liquors and with cordials so long forgotten that most of his female guests were too young to know one from another.”

But, while Jay Gatsby was ranked by Forbes in 2010 as number 14 on its list of the richest fictional characters, with an estimated net worth of $1 billion, his spending on lavish parties, expensive cars, and his mansion would likely put someone of his means into debt. As a bootlegger in 1922, just two and a half years after prohibition was put in place by the Volstead Act, Gatsby probably did not earn enough to support that type of lifestyle. In fact, GoBankingRates calculated that a real life equivalent of Jay Gatsby in modern times would run up a debt of approximately $22.8 million.

From the novel, readers know that Gatsby had no family money to start with; he started life as “a penniless young man.” His fortune was accumulated from a bootlegging business. Gatsby “bought up a lot of side-street drug-stores here and in Chicago” where he sold alcohol illegally over the counter. But it seems unlikely that a fortune earned from bootlegging would be particularly large; it was a fairly low-margin business because so much of every dollar earned was spent on bribes, mob protection, and lawyers. Even the most famous bootleggers in 1920s America rarely made millions of dollars during early prohibition. During his tax-evasion trial, Al Capone was said to have made just $1 million in 1924 and 1925 combined, and that was a time when bootlegging was much more established. Estimates set Gatsby’s likely earnings at $1.25 million from the beginning of prohibition to the summer of 1922.

Still, Gatsby spent lavishly. He owned a 12-bedroom mansion in the fictional “West Egg” portion of Long Island, New York. A similar house in exclusive enclaves in Long Island would cost around $29.5 million now, which translates to about $2.7 million in 1920 dollars. Even if he took out a mortgage — in the 1920s loans were typically written for no more than 50 percent of the property value and restricted to maturities of three to five years — his monthly payments would have been more than $20,000 per month. And that was not all. Gatsby owned a customized Rolls-Royce — likely a 1922 Silver Ghost model — which would have cost between $12,000 and $15,000.

Then there are the parties. Fitzgerald wrote that Gatsby hosted “hundreds” of friends every weekend during the summer. If summer is defined as spanning between Memorial Day to Labor Day, that means he threw 15 parties. With 300 people, eight servants, a full orchestra, two dinners, and the booze, Jill Gordon, an East Hampton–based event planner, told New York Magazine that such a fete could cost approximately $11,000 in 1922 dollars, or $150,000 in today’s dollars.

But Gatsby is just a fictional character; his entire persona was constructed as representation of the tasteless nouveau riche of the twenties. He came by his money dishonestly and spent it with no care for the future. It would make sense that such a man would live beyond his means. Historian Joshua Zeitz told New York Magazine, that his excesses mirrored the financial imprudence of Fitzgerald himself. The ethos of the time saw the pursuit of material and aesthetic pleasure as a good thing. “He viewed the twenties as being a break with that Victorian sensibility,” Zeitz said of Fitzgerald. “For him, the beauty and ruin of the twenties were that people weren’t conservative.”

Here’s how the market traded Friday: 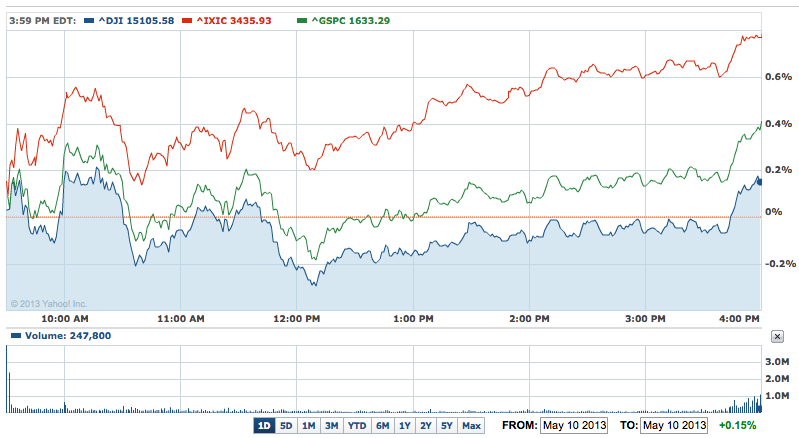 Don’t Miss: Apple iTunes to Microsoft: Thanks, But No Thanks.