Would You Do Your Banking at the Post Office? 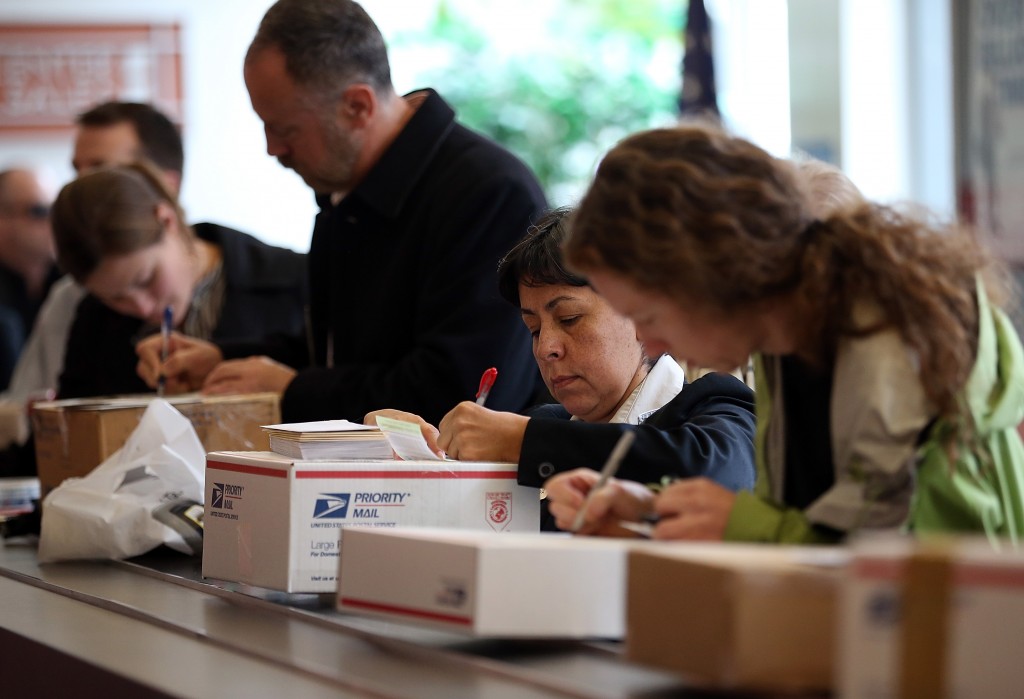 You may be wary of postal workers — after all, the term “going postal” exists for a reason. That wariness can be the result of crunched-up deliveries, missing mail, or their general unpleasantness toward dogs, and for that reason, you opt to avoid the Post Office at all costs. A lot of people do.

Perhaps that’s part of the reason why the USPS is hemorrhaging money, to the tune of $1.5 billion for 2015’s second quarter.

There’s no question, the postal service could use an overhaul. And one way that lawmakers are looking at doing that is not by contracting it, as some are calling for, but by actually expanding its services. Expanding into a sector that nobody probably ever expected: banking and financial services.

That’s what’s being proposed by the USPS Office of the Inspector General, anyway. The plan, which actually has the backing of big-name Democratic Senator Elizabeth Warren, would expand the USPS’s offerings to include a number of financial services, including cashing checks and bill pay options.

“Under its current legal authority, the Postal Service could beef up and modernize its money orders and international remittances, and launch market tests for adjacent services such as bill pay and expanded check cashing,” the Inspector General’s proposal says. “The impact of this approach on the underserved would likely be smaller than that of other approaches.”

And that’s just phase one. From that starting point, the USPS would eventually become a full-fledged bank, primarily devoting its services to the poor and underprivileged. This, hopes are, could bring billions in revenue, and help sustain the Postal Service for the long term.

That’s not to say there aren’t drawbacks.

“For the Postal Service to become a licensed bank focused on the financially underserved, it would require a long and likely arduous effort,” the proposal says. “While a Post Bank could advance financial inclusion significantly through deposit accounts and loans, the costs and regulatory burdens that would come with it could make this approach more risky than others.”

Risk and regulatory worries aside, that’s the plan that our government has come up with. Whether you think it’s ridiculous or not, the real question is whether or not you would actually be willing to give the Bank of the USPS, or whatever, a real, honest-to-goodness shot at handling your money. There’s no doubt that the USPS’ plan to serve those in need of these services is actually fulfilling real economic demand, particularly as traditional banks continue to turn their backs on a good deal of the population.

But if you don’t fall within that segment of the population that is effectively being left out in the cold by the country’s major banks and credit unions, and being picked apart by check-cashing and payday loan companies, then the idea probably doesn’t present much in terms of practicality. But what it does offer is a way to stabilize the USPS and make it profitable again.

Not only that, but if there’s a true “public option” for financial services, that aren’t throwing themselves like hyenas upon the economically depressed, it improves the odds that those in need can get back on their feet and find a sound financial situation faster. There are tens of millions of Americans who can’t or won’t get a checking account, and according to the FDIC, 20% of the entire American population was “underbanked” in 2013, meaning “they had a bank account but also used alternative financial services (AFS) outside of the banking system.”

That’s the result of either a deep distrust of the financial sector at large, or an inability to convince those within the sector to offer them services. Either way, it’s a problem that needs to be addressed.

That still doesn’t make this necessarily a good idea, or one that will gain any traction. But it is an idea, and one that can serve two purposes: helping the underbanked, and returning the USPS to profitability. Just because it’s unorthodox doesn’t mean it won’t become useful in the future, especially as banks continue to gobble each other up, and physical locations become more sparse. For almost every resident, there’s a post office relatively nearby.

Will the plan make it any further than general discussion? It’s hard to say. But there are a lot of people who might benefit from a Post Office/bank hybrid, and you could be one of them.