Haunted houses might be fun to visit, but would you want to live in one? More than 40% of buyers surveyed by Realtor.com said that learning they’d have to share their home with a spirit would be a dealbreaker. But over half of people admitted they’d be willing to make room for some ghostly residents if it meant they could get a deal on the property or buy a home with more square footage or in a better neighborhood.

If you’re the kind of person who’s more thrilled than terrified by a show like The Haunting of Hill House, then you’ll be happy to know that there are spooky homes for sale all over America. Some are bargains, while others are on the market for millions. Here are six real haunted houses for sale around America.

The Castle House in Brumley, Missouri 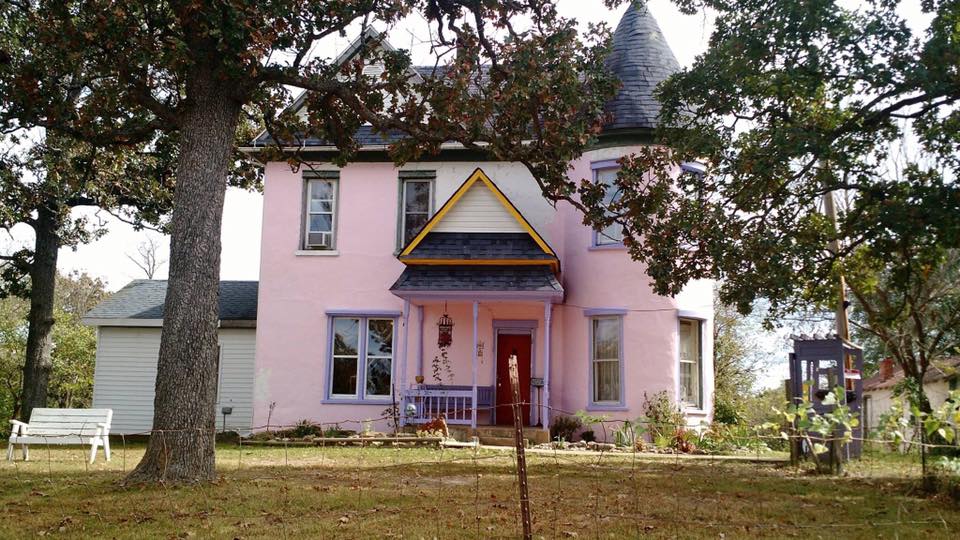 Selling a haunted house can be a challenge, but some owners don’t hesitate to tout their property’s creepy history. Take the Haunted Castle House in Brumley, Missouri. Currently a ghost-themed bed and breakfast, it bills itself as the most haunted house in the Midwest.

The four-bedroom home is currently on the market for under $100,000. It features a turret and has been the sight of several mysterious deaths and ghostly sightings over the years. It also served as a Civil War field hospital and housed flu patients during the 1918 pandemic. There are numerous unmarked graves on the property.

In 1895, typewriter tycoon William Wyckoff built an elegant mansion on an island in the St. Lawrence River as a summer house. Tragically, his wife died just a month before the family moved in. Then, Wycoff died in his sleep during his first night in the house. Soon, the family’s fortune evaporated, and by 1927, the home was abandoned. It’s currently on the market for under $500,000, though the house will require millions to repair.

The Pillars in Albion, New York 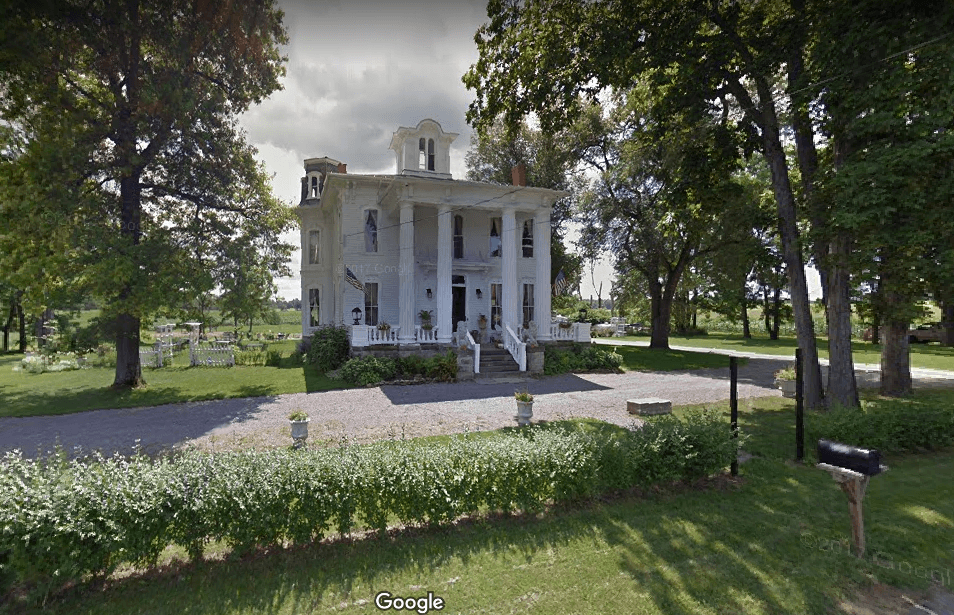 This six-bedroom Greek Revival mansion was built in 1878. Several ghosts have been reported at the home, including mysterious children and spectral woman in white. The restored home is on the market for $499,000 – a major discount from the $1 million the owners were asking back in 2015.

This seven-bedroom Pennsylvania home dates back to the 18th century. With more than 300 years of history, it’s had plenty of time to acquire a haunted reputation. Rumors of ghosts date back to the early 1800s, according to the Reading Eagle, including the story of a doomed young man who died a tragic death on his way to greet his future bride. Today, the Colonial-era building has been meticulously restored and is for sale for $825,000.

This gothic-style house certainly looks like it could be haunted. Add that to the fact that it once was the home of a prison physician and served as a mental hospital, and you have a recipe for a haunting. While the real estate agent swears the five-bedroom mansion is not haunted, local legend says otherwise.

The Hampton Lillibridge House has the distinction of being one of the most haunted houses in one of the most haunted towns in America – Savannah, Georgia. Previous owner Jim Williams – of Midnight in the Garden of Good and Evil fame – reported several eerie events in the home, including the appearance of a mysterious man in black. The 1796 home is on the market for $1.9 million.

The Dakota is one of the most famous apartment buildings in New York, and also one of the most haunted. Ghost sighting date back to the 1960s, when construction workers said they saw the ghost of a man with a boy’s face, as well as the spirit of a young girl.

The ghost of John Lennon is also said to linger in the building; he was murdered outside of the Dakota, where he lived with wife Yoko Ono, in 1980. The Dakota was also a filming location for Roman Polanski’s horror film Rosemary’s Baby. But the spooky history hasn’t dampened prices in the elite building. Several apartments are currently on the market in the Dakota, with prices ranging from $1.3 to $12.5 million.