You’ll Probably Retire Early, If You Work in 1 of These Professions

Most Americans retire at or around age 63, according to the U.S. Census Bureau. However, research shows our ability to actually perform our jobs to standard might actually be in danger much earlier than that, forcing us to retire early. Many physical skills peak in our 20s and 30s. Cognitive abilities vary with age but generally decline after age 40.

The Center for Retirement Research at Boston College examined how an age-related decline in skills affects both blue- and white-collar workers. Although early retirement is usually a wishful goal for most Americans, some professions make it inevitable, whether we’re financially prepared for it. And it’s not just blue-collar workers who find their jobs too demanding to work past the traditional retirement age. It happens to white-collar workers, too.

In fact, both cognitive abilities and physical strength play a factor in determining how long someone can remain in a job before their ability to perform it is compromised. Because of heavy reliance on cognitive ability, quick reaction time, and fine motor skills, retirement tends to occur relatively early for certain professions.

So which professions are in highest danger for early retirement? Here are the top 15 careers in which a decision to retire early might not be entirely your own.

Although, vastly underappreciated, teachers are often well compensated with powerful pension plans, which will serve them wonderfully during retirement. However, elementary school teachers often face early retirement because of an age-related decline in the skills required to mold the minds of our youth, such as instruction, active comprehension, and critical thinking. As a result, teachers are one of the professions most at risk for a forced retirement once these problems arise.

The skills required of administrators typically regress with age. | iStock.com

Administrators usually have their hands in all the proverbial cookie jars. So just like the CEOs and leaders they collaborate with, their career success depends on fluid cognitive abilities, such as episodic memory, working memory, and overall reasoning, which people utilize to process information and make decisions.

Unfortunately, the Center for Retirement Research study notes these traits are known to regress as we grow. So until scientists learn to bottle our 20-year-old brain power, administrators could be looking at early retirement whether they’re ready.

Although they typically have valuable experience, supervisors are at risk of failing cognitive skills prior to retirement. | NBC

Office supervisors require a lot of deduction and regulatory skills. And though supervisory positions are generally awarded to those with vast experience and detailed knowledge, the ability to train others, monitor information, and make quick, informed decisions will likely get harder with age. For this reason, these employees are highly susceptible to early retirement, according to the Center for Retirement Research.

Hopefully pharmacists are still able to do their jobs well before they retire. | iStock.com

Things, such as processing speed and selective attention, get more difficult as we age. However, those are two characteristics most Americans would prefer the person dolling out our daily medications to have. But because these commonly required pharmacy skills are prone to declination, pharmacists might succumb to an early retirement or career change well before they expect.

Joe Udo, an engineer turned retirement blogger, advises most engineers should plan for early retirement for reasons both in and out of their control. Not only is the job stressful, but it requires an insane amount of skill that typically regresses with age. In his blog, he notes unfortunately age differences in the work force is what makes you replaceable. “There are thousands of young engineers graduating every year. They are younger, smarter, cheaper, and probably better looking than you. It’s easy to replace an engineer.”

And though a higher salary than most will likely eliminate some of the financial burden early retirement causes, it’s best to plan for a quick exit now before it’s too late.

Owners rely on skills that typically decline with age. | iStock.com/mj0007

Business owners often serve as a jack of all trades, making key decisions on every aspect of the business. So it’s understandable that maintaining a successful career in this industry would get harder with age. A roofer might be forced to close up shop due to intense physical demand, whereas a consultant could see weaker profits as emotional or cognitive bandwidth decreases.

Best case scenario: There are partners who can take over or help manage the business load. Worst case scenario: Your solo entrepreneurial efforts will force an early retirement and an accompanying company shut down.

White-collar workers might face involuntary early retirement due to cognitive impairments, whereas blue-collar workers typically struggle with a decline in physical abilities. Strength, endurance, flexibility, and coordination are harder to maintain with age, all of which are necessary to keep up with energetic children. As memory declines, so will your ability to keep working. So it’s best to prepare for retirement now while you still have it.

Chefs find it harder to perform their duties as they get older. | Jesse Grant/Getty Images

Cooks are another group of blue-collar employees the Center for Retirement Research considers highly susceptible to early retirement. Like many professions on this list, a productive cook juggles dexterity, awareness, mobility, and memory when creating recipes. Unfortunately, as cooks mature, their ability to prepare food wanes, prompting either a career change or early retirement.

Photographers are likely to have to retire early as vision decreases. | iStock.com

Some might say we get wiser with age. And though that’s mostly true — and often valuable — shrewd intelligence alone won’t save a photographer’s career. Photographers rely on fluid cognitive skills, such as inductive and deductive reasoning, that usually start to decline early in life — and significantly come retirement time. And let’s not forget to mention the need for impeccable vision and other keen sensory abilities that decline as you age to snag that perfect shot.

Household cleaning jobs are harder to maintain with age. | iStock.com/djedzura

Similar to child care workers, household cleaners might be looking at a premature retirement date due to a decrease in overall mobility and stamina. Flexibility is harder to maintain with age, and a lack of balance and coordination pose danger for those still working these positions near the typical retirement age.

It takes an intense attention span to be successful in the textile industry. | iStock.com/JulyProkopiv

Only those with a supreme appreciation for the details choose to work in the textile industry. Just look at the bead work on popular wedding dress designs or the stitching pattern on your favorite shirt. If seamstresses or tailors wish to work into old age, they must explore other paths, as employees in this career will be subject to early retirement once dexterity, precision, and coordination start to deteriorate. 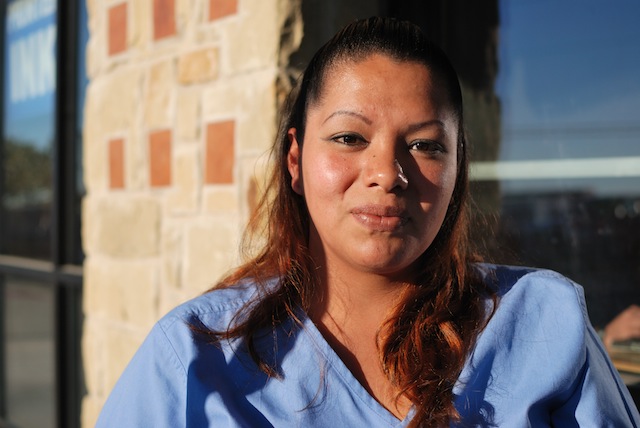 Hopefully, health care workers would be the first to admit their failing inductive and deductive reasoning skills could force someone to end their career. Even more, a sharp mind and steady hand is necessary when other’s lives are at risk. Nursing professionals rely heavily on memory to adeptly treat patients. Therefore, the Center for Retirement Research puts licensed nurses as one of the careers that often face early leave.

A tired truck driver is dangerous for everyone. | Spencer Platt/Getty Images

When categorizing requirements for a quality truck driver, physical strength doesn’t usually top the list. However, fine motor abilities, such as reaction time, are absolutely necessary when driving. But they will ultimately decline as workers near retirement age. And because we don’t need any more distracted drivers on the road than we have already, early retirement is on the horizon for many of our road warriors.

Whether it be equipment assemblers, fabricators, or carpenters, employees in this profession depend on operational knowledge and fine motor skills to repair or manage intricate systems. So it should come as no surprise that employees in this field must prepare for an early retirement should their abilities start to fade in their prime.

The white-collar job most susceptible to early retirement is an airline pilot. Flying a plane at 30,000 feet requires a hefty mix of skill and the ability to react to changing environments. So it’s likely most Americans would agree no matter how many technological advances revamp the aviation industry, they’d still prefer an active and engaged pilot navigating the cock pit.