The Iconic GM Vehicles That Might Soon Be Electric Cars 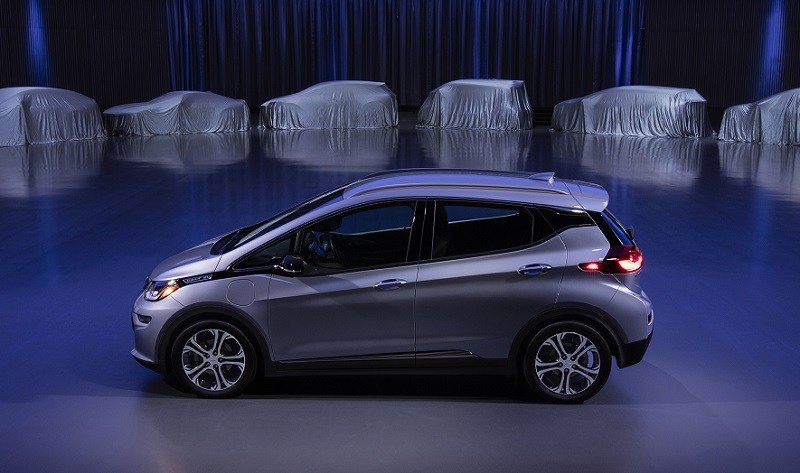 If you know one thing about General Motors, you know the auto giant’s reputation for gasoline-powered vehicles. Camaro. Corvette. Escalade. Silverado. These cars and trucks don’t just run on gas; they gulp it down by the quart.

So count us among the shocked when GM Vice President Mark Reuss announced the company was headed toward “an all-electric future.” For those who wanted clarification, Reuss went on to say the automaker would shift to a completely electric lineup in the coming years.

While he did not offer a specific year, Reuss made it clear that batteries (or hydrogen fuel cells) would power every car, truck, and SUV under the GM banner. Not only that, he said to expect 20 new EVs with a Chevy, Buick, Cadillac, or GMC badge by 2023. Given that time frame, we’re bound to see some of America’s favorite models get plugs before too long. Here are 10 iconic GM vehicles that might soon go electric. 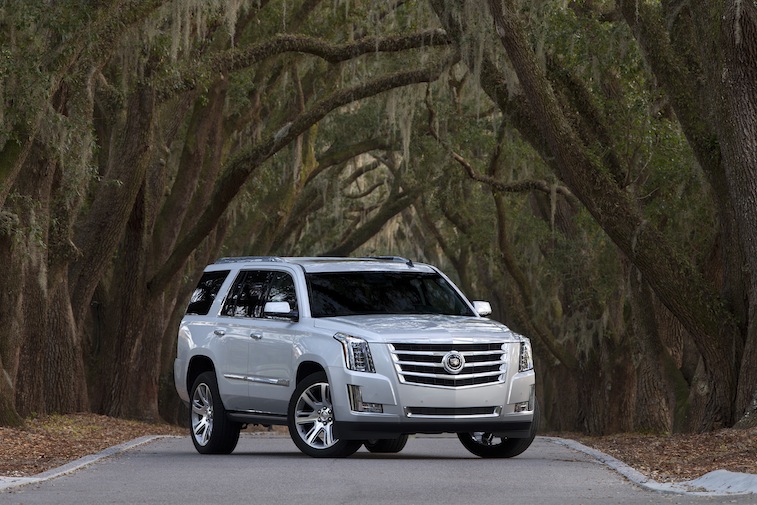 While GM provided just one image from the event, a reporter from Automotive News noted three concepts on display to the press. One was “a Cadillac wagon,” and we immediately thought of the Escalade that manages a combined 17 mpg. If GM wants a future in the zero-emissions landscape around the world, it will need to deliver SUVs with a different type of drivetrain. The march could very well begin with the biggest Cadillac of all.

Next: If Ford F-150 is getting electrified, so is Silverado. 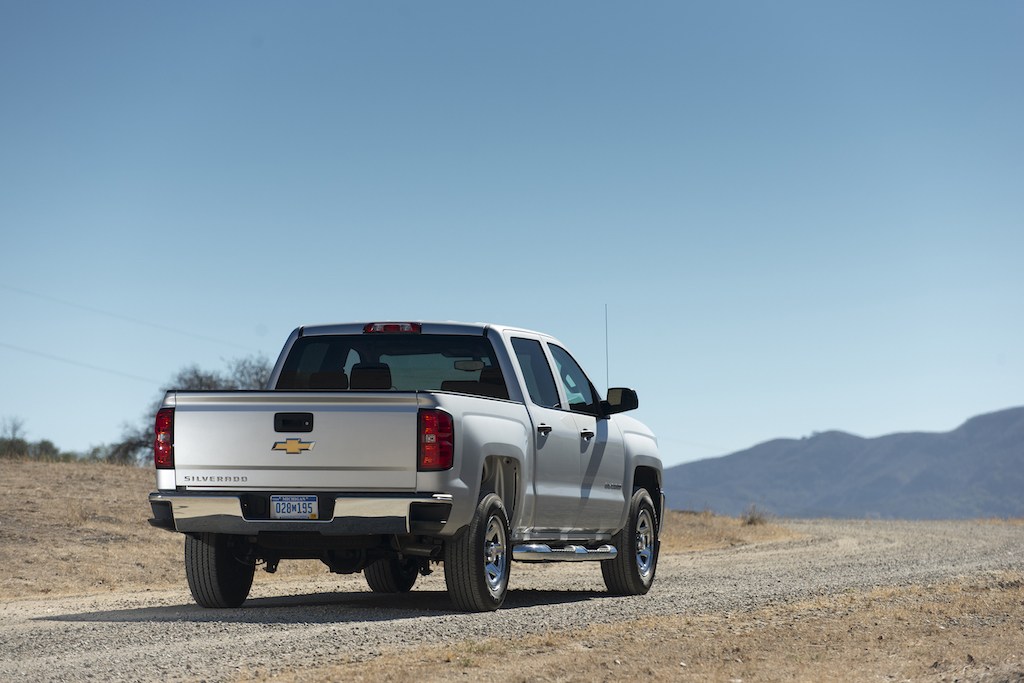 The idea of electric pickups might sound strange, but from an engineering standpoint it makes perfect sense. EV powertrains offer access to all the vehicle’s torque right off the line, making them ideal for towing. When Ford discussed its plans for a hybrid F-150 early in 2017, the automaker mentioned how its battery could double as a mobile generator. All things considered, it’s a great fit for a work truck, and Silverado is likely to follow F-150 there.

Next: GM’s most popular SUV will go electric.

After Silverado, the best-selling Chevy is Equinox, the compact SUV redesigned for the 2018 model year. Once a serious gas guzzler, the new Equinox now features better fuel economy but is precisely the type of vehicle GM envisions with an electric motor and battery in the near future. Because many expect Tesla to release a crossover in this class in the coming years, expect it to be one of the 20 EVs appearing before 2023. 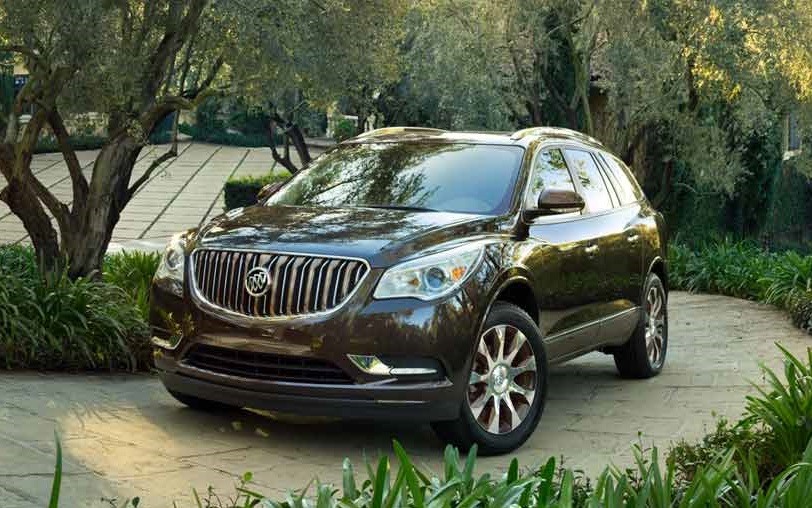 At the press conference announcing the shift in strategy, GM officials presented a Buick crossover among the future EVs. This choice came as no surprise to anyone aware of Buick’s popularity in China. Chinese consumers bought 1.1 million Buicks in 2016, more than five times its sales in the U.S. Now that China is planning to ban gas-powered cars, we’d be shocked if GM didn’t have an electric Enclave or something similar in the works.

Next: Before it kills the Corvette, it’ll give it a plug. 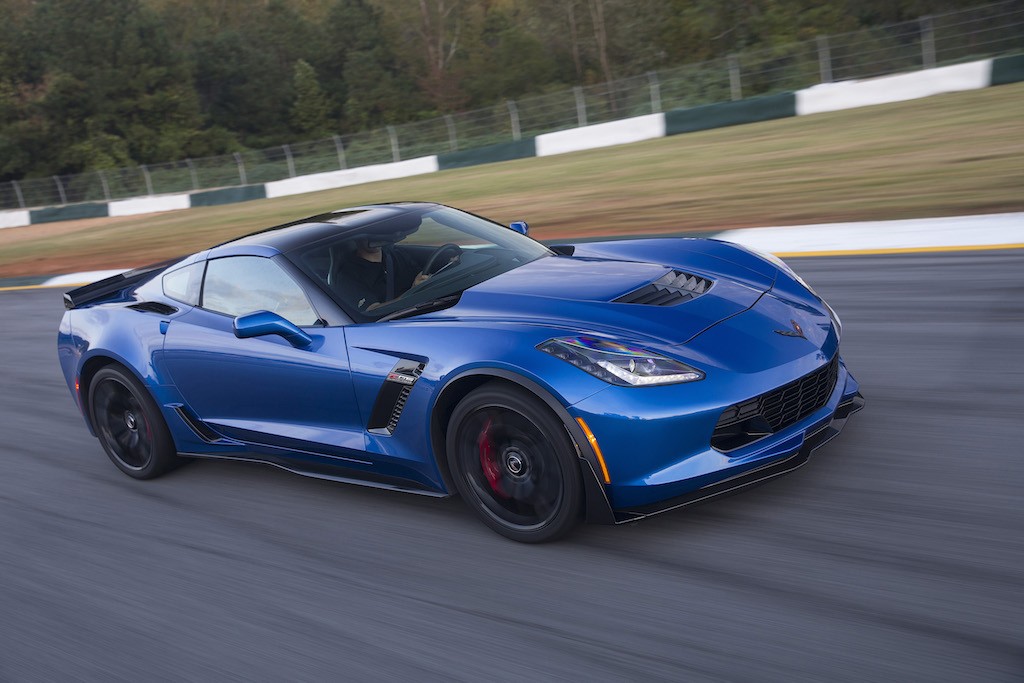 According to the Automotive News report on GM’s press conference, six vehicles remained under wraps throughout the talk. Most looked like SUVs and crossovers, but another “appeared to have the silhouette of a Chevrolet Corvette.” As more electric supercars appear on the market, this concept seems almost inevitable. Corvette is the type of nameplate that might never die, and GM could very well electrify it before giving it the axe.

Next: This foreign-built crossover might be the first to get a battery and plug. 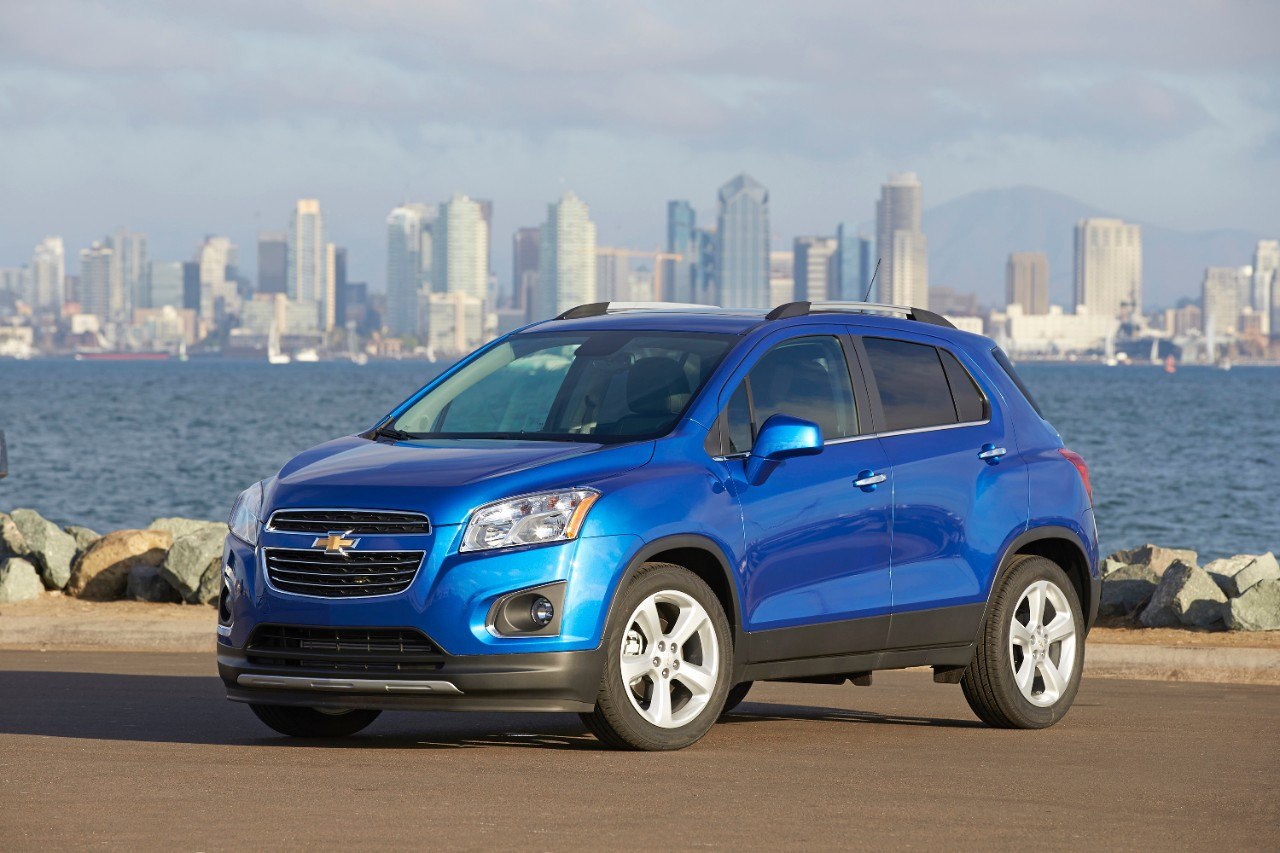 If GM’s move focuses squarely on the Chinese market, an electric Chevy Trax would be an obvious move. First, the automaker already has an EV battery and motor that could power something this size in the Chevrolet Bolt EV. Second, the Chinese-built crossover would serve as a perfect test run for other markets. If we were setting odds on the first model to go electric overseas, Chevy Trax would be a top pick.

Next: Midsize pickups might beat full-size trucks to market. 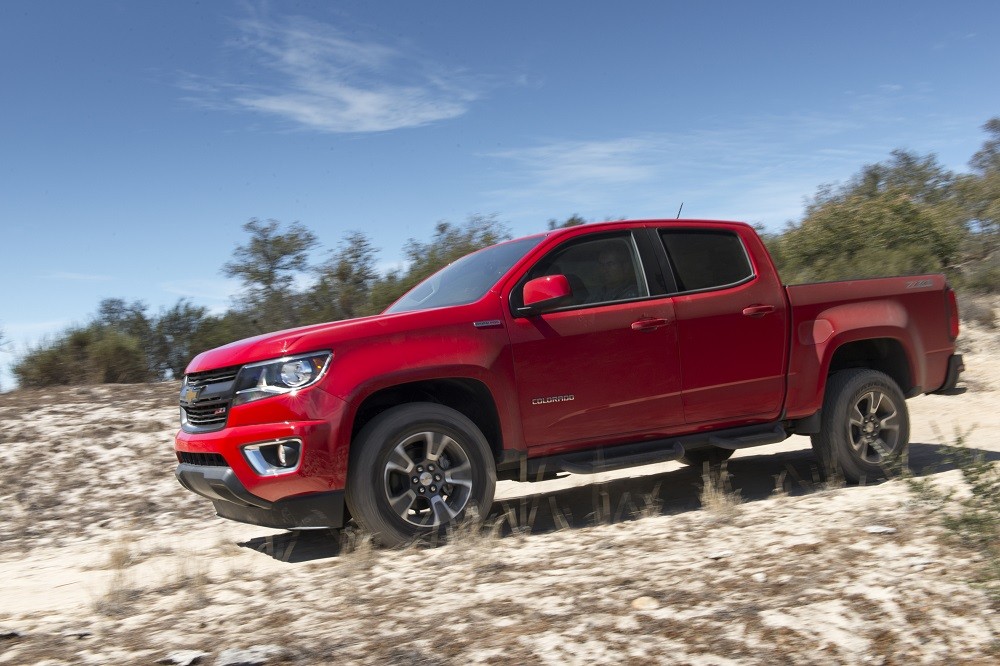 Because battery costs make electric vehicles expensive, GM might very well convert Chevy Colorado, its midsize pickup, into an EV before it turns to Silverado. Again, we will point out the plans for Tesla that Elon Musk outlined in 2016. Musk has discussed electric pickups for years and plans to get one done before 2020, so expect GM to meet or beat that challenge. Colorado could very well establish a blueprint for the automaker’s full-size models.

Next: The muscle car they said would never change will change again. 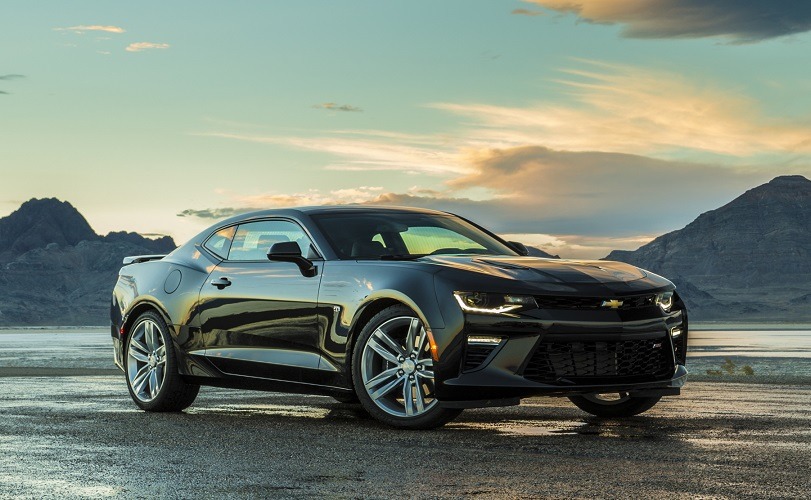 They said there would never again be a four-cylinder Camaro. (There’s a four-cylinder Camaro again.) They said there would never be a hybrid Mustang. (Ford is building a hybrid Mustang.) So we have to laugh when we hear folks say there will never be anything like an electric Camaro. Car buyers of the future will have two choices: Drive a Camaro EV, or say goodbye to the iconic muscle car’s profile and power forever. 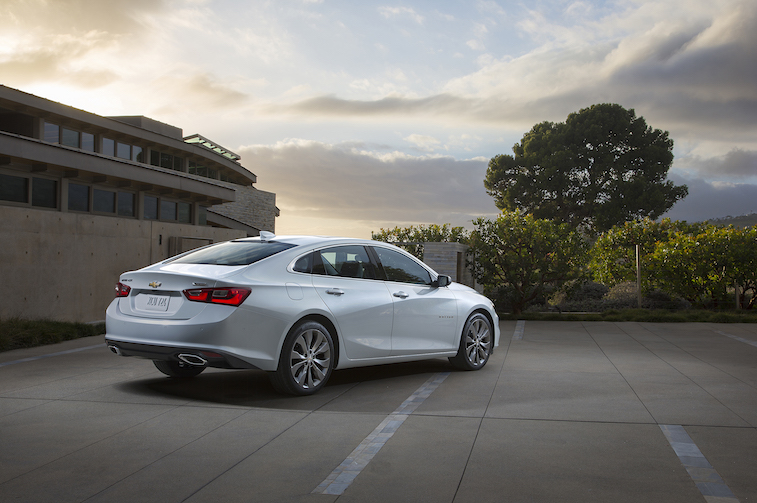 If you needed a class of vehicles crying out for an electric powertrain, the midsize sedan segment is perfect. Practicality and defensive driving reign among consumers looking for a Camry or Accord, and we can’t think of any reason why Malibu shouldn’t get a plug. GM already headed in that direction with Bolt EV and the Volt plug-in hybrid. Now, the time has come to put the technology into a sedan with more legroom and space for kids and cargo.

Next: GM can make good on its promise with just a few minor tweaks. 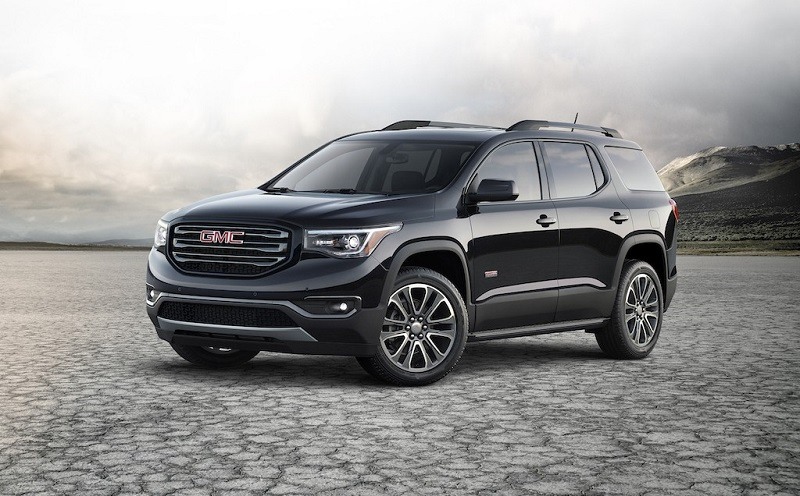 When an automaker holds a press conference announcing dozens of new vehicles, it helps to treat them like campaign promises. In other words, among the 20 electric models GM said were coming soon, expect overlap among its many brands. For example, GMC Acadia and Chevy Traverse could run up the automaker’s EV count without requiring a different powertrain or major design tweaks. After all, Buick Enclave shares the same platform.