Your Taxes Went Up Last Year, Did You Even Notice? 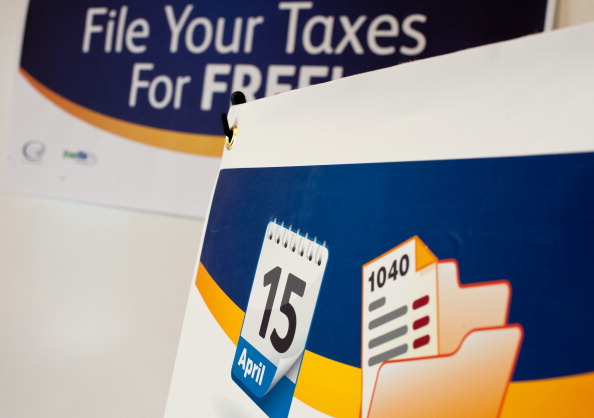 Nobody likes to hear that their taxes are about to go up, but how many people are actually aware of it when they inevitably do? According to a recent release from the Center for Economic and Policy Research, just such an occurrence happened last year.

In January 2013, the payroll tax jumped up by 2% for nearly every worker in the United States. from 10.4% to 12.4%. That is a considerable spike, especially when you take into account that the same tax had never increased, at any one time, more than 0.72%. The CEPR says that while a tax raise like this would be expected to be met with a good amount of anger and hostility, most Americans had no clue that it had even happened. Referencing a 2013 Google Consumer Survey, the CEPR says that the majority of respondents claimed that they didn’t know that the payroll tax had increased at the beginning of that year, and slightly less than 29% said that they were aware. 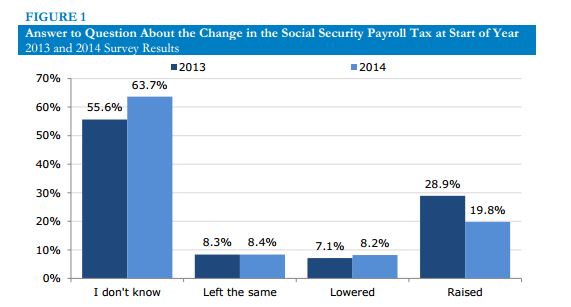 “On its face this seems to suggest that a relatively small share of the public (less than one-third) was aware of the tax increase that was put in place at the start of 2013,” the CEPR writes. “However it is likely that even the 28.9% figure likely overstates the share of the public that actually recognized this tax increase. Just as some number (7.9%) wrongly thought their taxes had fallen at the start of 2013, it is likely that some people would answer that their taxes had been raised simply because they generally believe the government is raising their taxes.”

Given the incredibly divided state of the country in terms of political leanings, you would think that this would have been a pretty big deal, and a prime subject for the media to rip into. Yet, as we can see from the survey results, relatively few people were aware, and there were even fewer — if any — that made a big stink about it.

With this knowledge on hand, that taxes can go up by a relatively significant margin with only a minority of American noticing, what kind of insight does that provide us as to how people view tax policy? Obviously, we have a certain percentage of people who assume that taxes are going up or going down at the beginning of every year, which cannot really be helped. But for the remainder of people, what does it say about our ability to pay attention and properly assess what is going on within our own system?

Dean Baker of the CEPR says that we can’t get angry about these kinds of things if we’re not even willing to pay attention to them. “Let’s face it: The public cannot be too upset by tax increases if they don’t even notice when they take place,” he said. “The 2013 payroll tax increase occurred in an environment in which no major political leaders were arguing against it. It was part of a bi-partisan budget agreement between the President and Congress, so both political parties had agreed to this tax increase. The public response likely would have been different if some political leaders had been openly arguing against it.”

That is precisely what makes this study so interesting. Neither political party brought it upon themselves to politicize the issue, and because they opted not to, it was relatively painless. But there are some nuances to this tax in particular that may have helped ease the impact. For one, the payroll tax is cloaked — it’s automatically withheld from most people’s paychecks. A lot of people may not even notice this, as it’s not the same as having actually dig into your pocket and fork over more money. One more thing, as Forbes writes, is that the payroll tax doesn’t seem to actually ruffle the feathers of most people, like some other taxes do.

But the other important thing to take into account from the results of the CEPR’s work is that if things like this can largely go unnoticed by the majority of Americans, it means that it can be exploited. This could be interpreted as ‘sneaky’ by some, if more tax spikes like this were to be implemented, but the fact is, these policies are transparent and can be found out by anyone who is willing to look for them, or pay attention.

But in a world where Ebola, ISIS, and Bill Cosby dominate the headlines, meager tax increases can get lost in the shuffle. Here’s to hoping the payroll tax increase is an isolated incident and doesn’t become working strategy in coming years.