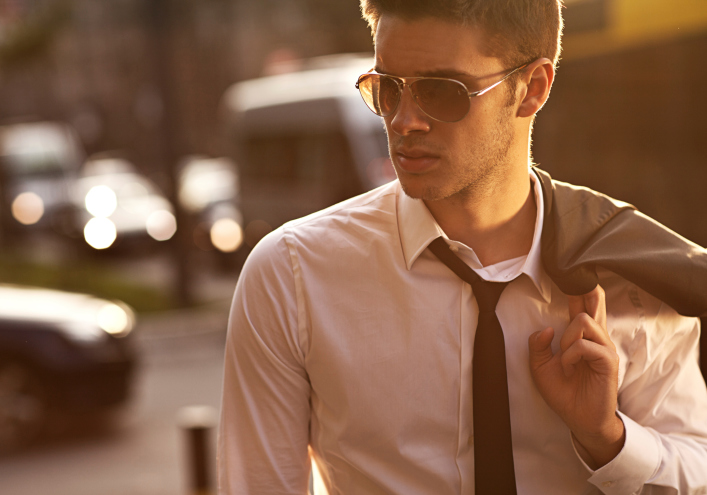 The Men’s Wearhouse Inc (NYSE:MW) is a well-known company. You may be familiar with its commercials featuring the founder of the company discussing the latest suits and inventory and finishing with his famous tagline: “You’re going to like the way you look. I guarantee it.”

The company operates through two segments, Retail and Corporate Apparel. It provides suits, suit separates, sport coats, slacks, sportswear, outerwear, dress shirts, shoes, and accessories for men, as well as offers tuxedo rentals. The company also provides ladiescareer apparel, sportswear, and accessories; and children’s apparel. As of February 1, 2014, it operated 1,124 retail stores under the brand names of Men’s Wearhouse, Men’s Wearhouse and Tux, K&G, and Moore’s Clothing for Men. The company also sells its products through the internet at menswearhouse.com. In addition, it provides corporate clothing uniforms and workwear to workforces under the Dimensions, Alexandra, and Yaffy brands through managed corporate accounts, catalogs, and the Internet in the United Kingdom. The company is also involved in the retail dry cleaning, laundry, and heirlooming operations.

The stock has rewarded shareholders, rising 86 percent in the last two years. But can the stock’s momentum continue? To do so, the company will have to keep delivering strong results.

We were pleased to report adjusted earnings per share of $0.69 despite the Easter-driven tuxedo timing shift that moved revenue to the second quarter. Our Men’s Wearhouse stores performed above plan with sales growing 4.8 percent over last year’s first quarter and comparable sales up 2.9 percent. Moores’ revenue was negatively affected by currency exchange rates during the quarter but performed very well, with comparable store sales rising 6.0 percent. While GAAP operating income decreased, we grew adjusted operating income for all retail brands and were able to leverage expense despite an increase in advertising. We are excited about our near-term and long-term opportunities. As previously disclosed, the Federal Trade Commission terminated the waiting period under the Hart-Scott-Rodino Antitrust Improvements Act of 1976, as amended. We now expect to complete the combination of Men’s Wearhouse and Jos. A. Bank within the next few weeks and look forward to achieving the benefits of the combination for our shareholders.

Looking ahead, the difference maker will be the ability of the company to continue growing sales in all of its segment. Net sales at core flagship brand Men’s Wearhouse stores, which represented 67 percent of total first-quarter sales were up 4.8 percent from last year’s first-quarter sales and comparable sales increased 2.9 percent. On a comparable basis an increase in average transactions per store more than offset a decrease in clothing product average unit retails (or the net selling price per unit.) The higher margin tuxedo rental revenues comparable store sales increased 4.0 percent in the first-quarter of 2014. Moores, the Canadian retail brand, was 8 percent of the total first-quarter sales and had a comparable sales increase of 6.0 percent due mainly to increases in average transactions per store and units sold per transaction. These were slightly offset by a decrease in clothing product average unit retails.

Net sales change for Moore’s decreased 2.4 percent due to an unfavorable change in the currency translation rate. K&G was 15 percent of the company’s total first-quarter sales with a comparable sales decrease of 1.2 percent with lower average unit retails and average transactions per store that more than offset increased units sold per transaction. The Corporate Apparel segment, which represented 9 percent of total first-quarter sales, had a sales increase of 0.8 percent. With these increases in sales, I think the company is poised to continue delivering in the coming quarters. The decline in Moore’s sales was disappointing, but not of great concern. With the coming merger with Jos A. Bank, the Men’s Wearhouse is going to perform nicely going ahead. Thus, I rate the stock a buy and assign a $63 price target.

Disclosure: Christopher F. Davis holds no position in the Men’s Wearhouse and has no plans to initiate a position in the next 72 hours. He has a buy rating on the stock and a $70 price target.