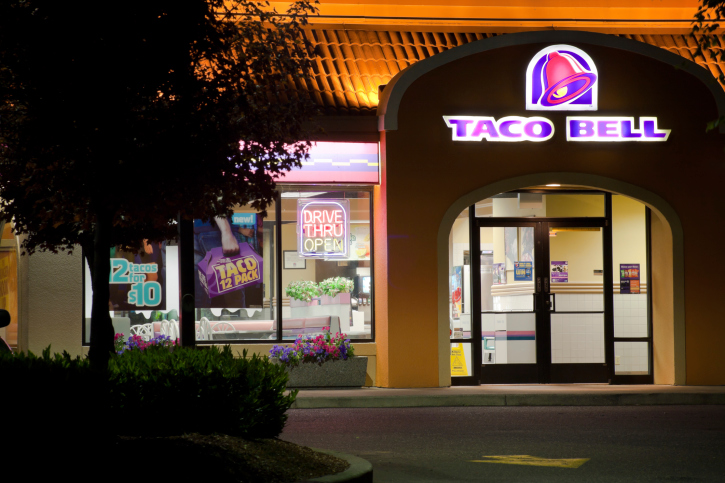 Since then the stock is down about $3 to just under $75/share. Is now the time to buy, or is there more downside before it becomes attractive?

Before discussing this let us look at the investment thesis. Yum! Brands is attractive because it is growing faster than its peers. While this growth subsided for a couple of years it appears to be back, as evidenced by the company’s most recent earnings report. Sales, profits, and margins grew, and whereas investors had been concerned that the company had lost its competitive advantage in China due to health concerns, this seems to be in the past. Furthermore the company largely avoided the margin compression we saw from other companies as a result of a stronger dollar versus foreign currencies and rising agricultural commodity prices. Given the company’s growth rate it offers good value at $75/share, as it trades at just 21 times 2014 earnings and 18 times 2015 earnings.

Despite this I think that we can see the stock pull back further, and rather than getting the stock at a good valuation, I think investors might be able to get it at a great valuation. There are a few reasons for this.

First, there is a debate going on regarding the minimum wage in the United States. As this debate continues I think that companies that employ several workers as cashiers, clerks, and as fast food chefs are vulnerable to the downside even if they, as individual companies, won’t be affected to a large extent. If this debate makes the headlines, and especially if a minimum wage hike bill moves forward expect to see stocks such as Yum! Brands trade down. But as the market reacts keep in mind that Yum! Brands gets most of its business overseas, and that it would be largely unaffected.

Second, if you look at the prices of agricultural commodities, they have been strong year over year, but next quarter will be the first in which we see commodities higher on a year over year basis. Thus we could see some margin contraction in the company’s next earnings report, and this could create a buying opportunity.   But keep in mind that Yum! Brands has done an excellent job of keeping its commodity costs down when compared to several of its peers [e.g. Chipotle Mexican Grill (NYSE:CMG)]. I suspect this to continue even if we see a quarter of weakness.

Third, we are seeing broader weakness in the equity markets, and in particular, we are seeing weakness in stocks that trade at high P/E multiples, and stocks that are considered “growth” stocks. This is going to put pressure on a company such as Yum! Brands, which is a growth stock — the company trades at 28 times trailing earnings but 21 times forward earnings, meaning that the market is anticipating a 25 percent growth rate this year. But while most growth stocks trade down not all of them deserve to. I suspect that Yum! Brands is one of those companies that doesn’t deserve to trade down.

While there are a lot of things that can put near-term pressure on Yum! Brands, I think that they don’t really impact the longer term picture. Therefore, investors should wait before buying in anticipation of this near-term weakness, but then be bold enough to buy the stock on this weakness. Investors who do this will be happy that they did in the coming months and years.

Disclosure: Ben Kramer-Miller has no position in Yum! Brands or in any stock mentioned in this article.