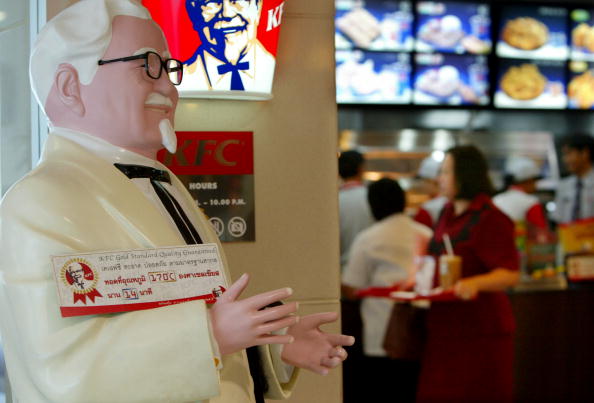 On Wednesday afternoon, the world’s second-largest fast food chain restaurant owner, Yum Brands (NYSE:YUM), reported its second-quarter earnings. The stock, which hit an all-time high on Tuesday, pulled back on the news. This shouldn’t surprise investors, as the stock had been priced for perfection. But a 2 percent slide isn’t enough to discount the mixed results we saw from Yum Brands in the second quarter. While the company is standing out as a leader in the fast food space, I think the downside risks are not yet priced in, and investors should proceed with caution.

The good news is as follows. First, the company is growing its earnings and its sales, and it is even growing its margins, which is no easy feat in the fast food business considering the recent strength we’ve seen in commodity prices, especially livestock prices. Second, the company is growing rapidly in China once again after reporting lousy 2013 numbers. The company’s Chinese growth is what is driving most of its overall growth, and it is driving investor interest more generally. Thus, there is probably a floor under the stock.

But as I said, the quarter was a mixed bag, and there are some red flags that lead me to believe that the shares should be avoided at the current valuation, which is lofty to begin with. My primary issue is that the company’s Chinese growth is decelerating. In the last quarter, the company reported unusually strong Chinese numbers, but this was on a rebound after the company saw its Chinese sales fall last year due to a food safety concern.

As things normalize, I suspect that we will continue to see Yum’s Chinese growth decelerate. Since this is the primary driver of the company’s earnings growth, I suspect that we will see the company’s earnings growth decelerate from the 20 percent range to closer to 10 percent, and this is assuming that Pizza Hut and the Western world more generally doesn’t become a bigger drag on the company’s overall earnings. While 10 percent growth is impressive, it does not merit a 30 earnings multiple. With this in mind, I think we could see the stock trade down to the $60 range and even lower if we see stock valuations come down more generally.

Another concern is a more general one regarding the fast food industry. While Yum Brands is an excellent company, we cannot forget that it operates in the highly competitive fast food industry that boasts several major players and that has to compete with local restaurants and grocery stores. Furthermore, input costs can be volatile in this business, which means that we can potentially see wide swings in the company’s profit margins. While these haven’t been issues as of late they are legitimate concerns.

With these points in mind we see that, on the one hand, Yum Brands is outperforming its peers, and it is growing rapidly in a mediocre market environment. And for these reasons the stock deserves to trade at a premium valuation. But we cannot forget the fact that the company’s growth is decelerating, and that its recent success masks more general risks that are simply not priced into the stock. So if you want to own a fast food company’s stock, I think Yum Brands is probably the best one of the lot, but I’m not alone on this, and this optimism is baked into the stock price. Therefore, I would stay away for now and reevaluate the company’s situation should the stock price fall.

Disclosure: Ben Kramer-Miller has no position in Yum Brands.