10 Computers That Can Fit in Your Pocket 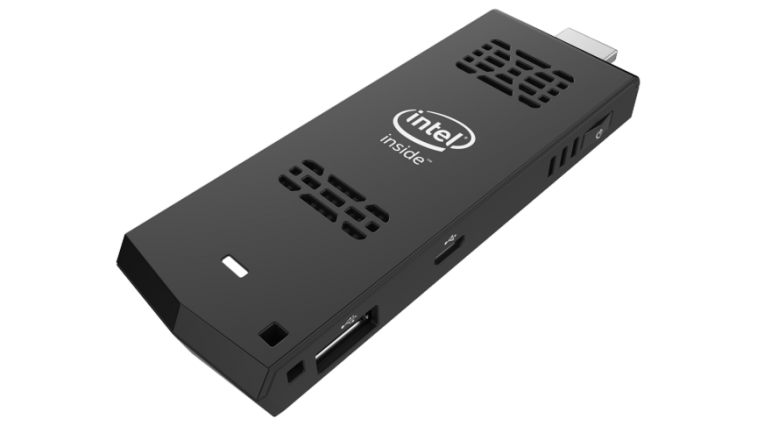 Technology seems always to be going in two opposite directions at the same time. Everything is either getting bigger, or smaller, or sometimes both. The trend has been a point of parody in the likes of Saturday Night Live and Zoolander. In the 2000s, mobile phones were pushing to get smaller and smaller. Lately, we’ve been seeing a push by phablets to make our mobile devices larger in length and width, but ever thinner in depth.

The fact is, for computers, size often matters. Bigger computing devices generally have more customizability and are able to space out components to keep them cool and functioning optimally. When it comes to having a work-horse with the most bang for the buck, it’s likely to be found in a big, gaudy brick of a tower PC. But sometimes, that’s just not an option. Whether you don’t have the space, are a nomad, want simplicity, or don’t need a monster PC, there are plenty of super small options out there, and some of them can easily fit in your pocket.

As picture above, the Intel Compute Stick is around the size of a mobile phone. The Compute Stick is powered by a Micro-USB port and simply plugs into an HDMI port on a monitor or TV. With built-in WiFi and Bluetooth, it can easily connect to the Internet and wireless devices, like a mouse and keyboard. It also features a normal USB port and MicroSD card slot, which can be used to expand its storage capacity. There are two version of the Compute Stick: a Windows one and a Linux one. The Windows 8.1 version costs about $150 and comes with of 32GB storage  and 2GB of RAM. The cheaper Linux version comes with 8GB of storage and 1GB of RAM. Both have a quad-core Intel Atom processor.

The MeeGoPad T01 is much like the Intel Compute Stick, except not boasting the same brand-name reputation. This stick device also features an Intel Atom quad-core processor, Bluetooth 4.0, 2GB of RM, 32GB of storage, built-in WiFi, and Windows 8.1. It even includes the same USB, Micro-USB, and MicroSD ports that the Intel Compute Stick does. The key difference seems to be in the lack of a full version of Windows, as customers have complained about it only coming with a 30-day trial, and the inclusion of Android 4.4. It costs only $107, but to get it running with a full version of Windows, it’ll end up more expensive than Intel’s device. 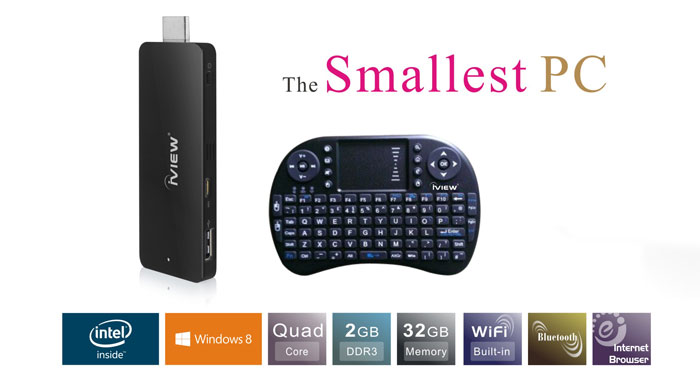 The iView Cyber PC is decked out like the two previous computer sticks. WiFi, Bluetooth, USB and MicroSD ports, 32GB of storage, 2GB of RAM, an Intel quad-core Atom CPU, and Windows 8.1. At $135, it comes in a bit cheaper than Intel’s Windows device. One of the most notable perks of the device is the added controller/keyboard combo device which should make it much easier to get the device up and running. When you’re on the go, you may be able to fit the stick in one pocket and the controller in the other. 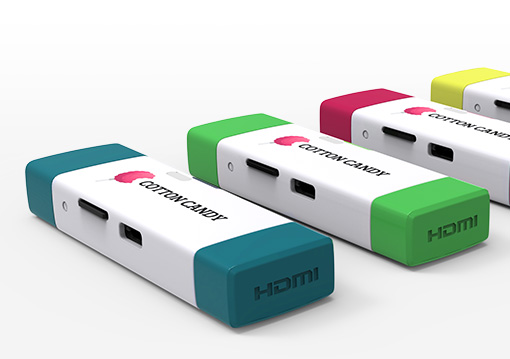 With a name like Cotton Candy, you can reasonably expect that FXI Tech’s stick device runs Android. And it does! The devices boasts of being able to run Android or Linux on another PC, TV, or monitor. Android or Linux could thus run on a Mac, Windows, or Linux computer.

The device has an A9 dual-core CPU, quad-core GPU, 1GB of RAM and up to 64GB of storage. It can connect to TVs and monitors via HDMI or computers via USB. It includes WiFi and Bluetooth connectivity, so it should be easy to pair with your Internet, mouse, and keyboard. The hard part will just be finding one available for sale somewhere. 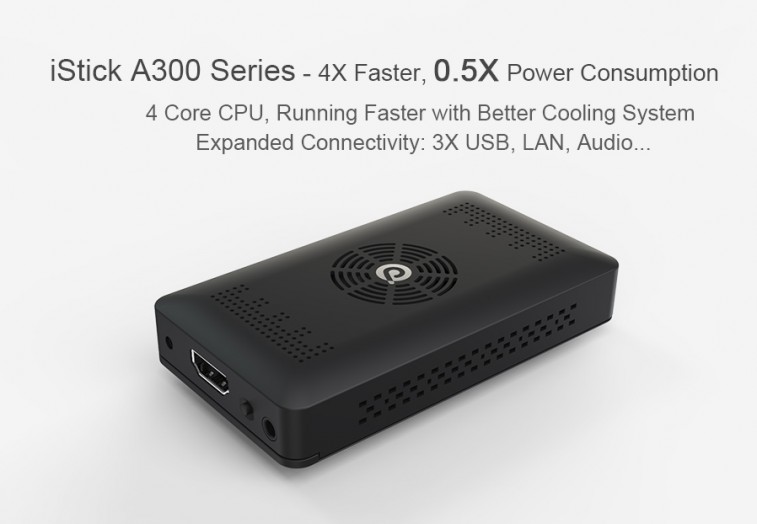 There are a few models in the iStick A300 series. The A300 and A350-SSD appear to be pretty capable little computers on par with the others on this list. Both run an A9 quad-core CPU and have a quad-core GPU, 2GB RAM, and 4GB of flash storage. As can be seen in the picture above, these devices don’t have the HDMI male connector, so there are no protruding elements. It includes three USB ports, a Micro-USB port, an audio jack, and Ethernet port. The A350-SSD model also includes an mSATA connector for expanding the devices storage capacity significantly. With WiFi and Bluetooth 4.0 (in the A350-SATA) this device looks like a deal if you’re tolerant of Android. The A300 comes in at just $109 while the A350-SSD costs $60 extra. 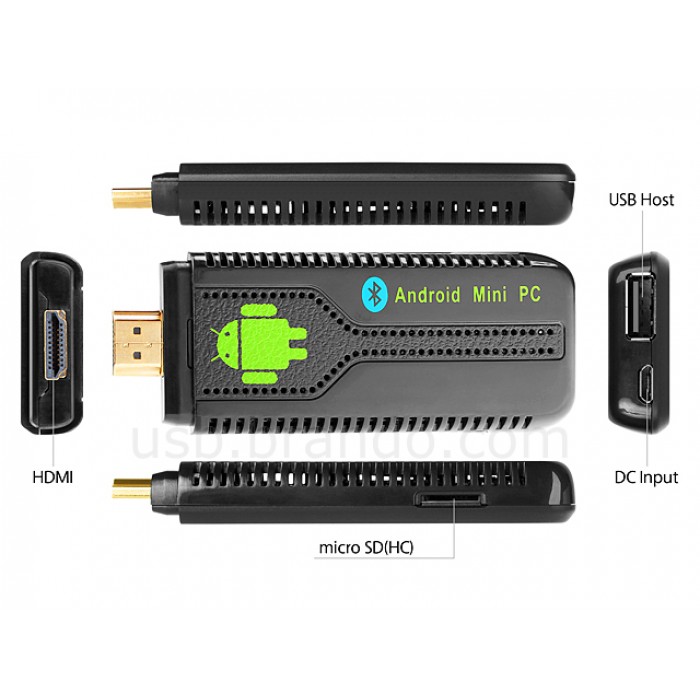 Another simple stick option, the UG007B is quite similar to the first few devices on the list, except that it runs Android 4.2 and is peculiarly reminiscent of James Bond. It the same, or nearly identical, CPU and GPU to the Cotton Candy and iStick A300. It has storage of 8GB expandable with a MicroSD card and 1 or 2GB of RAM.

The UG007B connects to screens via HDMI for HD visuals. It’s powered through the Micro-USB port. It lacks Bluetooth, but peripherals like a keyboard and mouse can be connected via WiFi or the full-size USB port.

Ugoos doesn’t list a price with the device, but there are fortunately plenty of similar options on its site. Laptop Mag also put together a list of Android sticks that should be comparable. 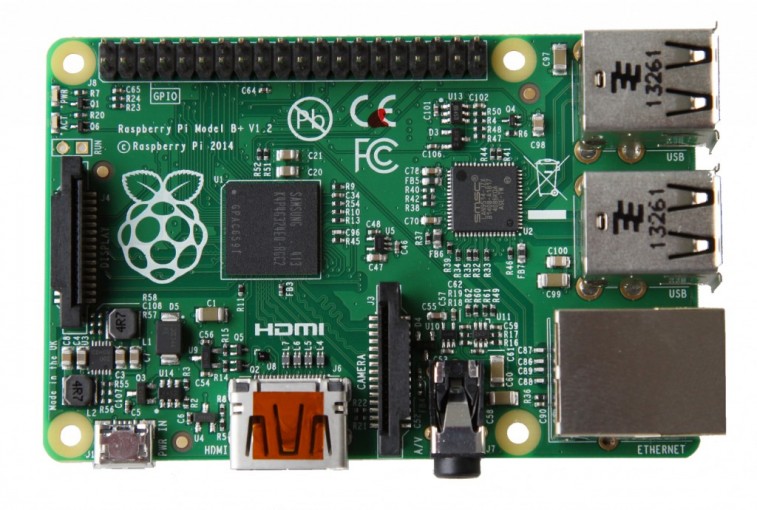 In the tech geek community, this is probably one of the most well known mini computers around. Why’s it so popular? Because it’s cheap, and a great platform for learning about computers and coding. There are a few models of the Raspberry Pi. We’ll look at the Raspberry pi 2 Model B. The tiny computer packs in a 900MHz quad-core processor and 1GB of RAM, has four USB ports, an HDMI port, an Ethernet port, MicroSD card slot, and more.

The Raspberry Pi can be used as a straight-forward computer, though it requires an operating system be installed via a MicroSD card (which also functions as the main storage). Many Raspberry Pi devices will be used for Linux, but this particular model can also be set up to run Windows 10. If your computing demands are light, this could be a fine option, as it costs only $35 without a case. For the curious computer users, the Raspberry Pi devices can be turned into much more than a simple PC.

This device was just asking for a place on this list with the above picture. While Visson’s Vensmile Wintel Mini PC is a bit bigger than some of the stick devices on this list, it’s still pocket-worthy. The Wintel Mini PC is similar to a few other devices on this list with the Intel quad-core Atom CPU, 2GB of RAM, Windows 8.1, an HDMI type D port, 32GB of storage, Bluetooth, and WiFi. It also includes two full-size USB ports, one Micro-USB port, and a MicroSD card slot. One of the things setting it apart from many of the other devices, and likely the cause for its increased size, is that it includes a 3000mAh battery, so it doesn’t have to be plugged into a power supply all the time. With models priced around $120 on Amazon, it appears to be quite an affordable pocket PC. 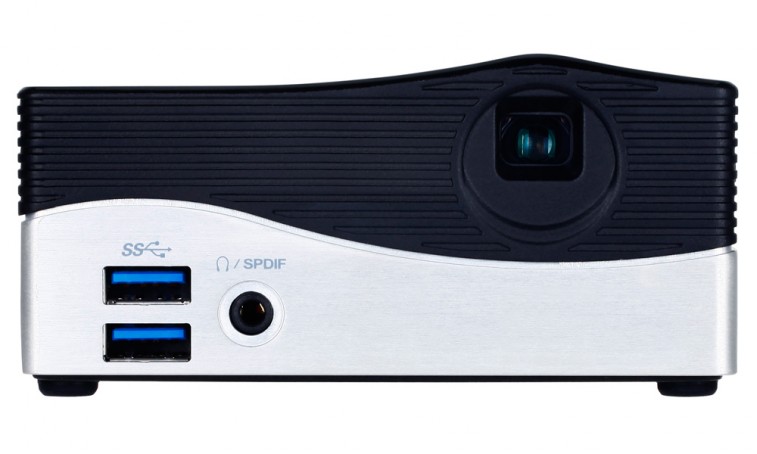 OK, so this might not be a pants pocket computer, but it may fit into a large coat pocket. This is just one small computer we couldn’t ignore because of the one glaring feature sitting right on the front of it. That’s right. This little guy has an LED projector built right into it. With plenty of ports, an Intel Core i3 processor, room for up to 16GB of RAM, WiFi, and Bluetooth, this has the makings to be a decent PC. The only problem is it’s barebones, meaning it doesn’t come with RAM or storage installed, and that also means customers will need to get themselves an operating system as well. With prices around $300 for the barebones, it may be simpler to get a stick PC with an OS already installed and just buy a pocket pico projector to pair it with. This device mostly makes the list for being novel. 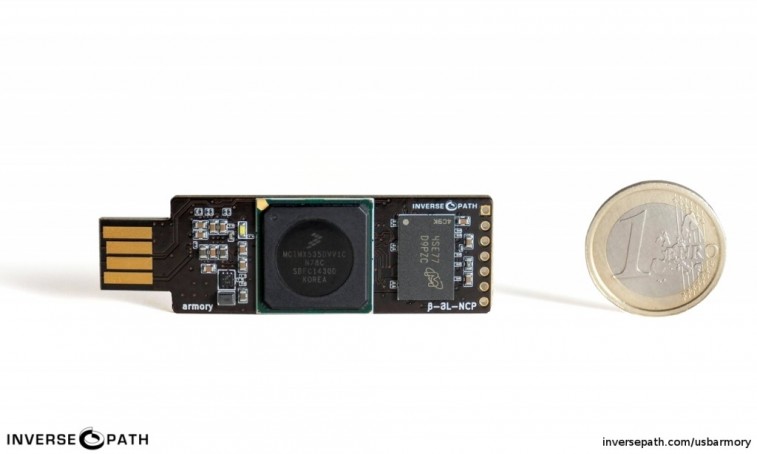 The USB Armory isn’t exactly for the typical computer user. Though the idea is that it can be used for a multitude of tasks, the crowd-funded mini-computer is most likely not going to replace your PC. With an 800MHz processor, 512MB of RAM, and a MicroSD slot, it’s undeniably a computer. It even has a little LED. But because its main connection is a USB plug, it already requires another PC to be used. Still, a neat little computer that could be used to enhance Internet privacy or as a bitcoin wallet, as suggested in Inverse Path’s crowd-funding campaign.

As you can see, there are plenty of small computer options out there, from tiny sticks to slightly larger bricks. Your smartphone isn’t the only computer you can fit in your pocket. As time goes on, we can expect some computers to get even smaller. As reported by CBS News, the University of Michigan has already built an autonomous computer as small as a grain of rice, though it’ll be a while yet before that kind of device becomes your next PC.