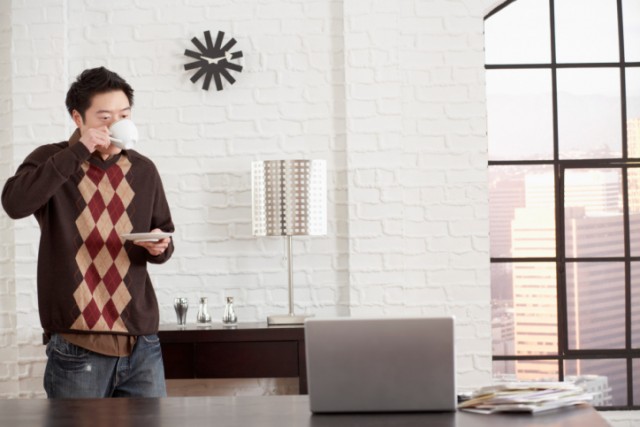 Are you on the lookout for the most exciting new tools in the App Store, the next website you’ll want to share with friends, or the latest gadget you just have to have in your life? Then look no further.

Each week, we review the crowdsourced links posted to a website called Product Hunt, where users post their best finds and discuss the latest with a growing community of developers, investors, founders, and tech enthusiasts.

Developers and founders of a newly launched product often chime in to answer questions and gather feedback, and between 600 and 800 venture capitalists reportedly use the site — a great testament to its ability to surface products that would otherwise fly under most people’s radars.

We took a look at all of the apps, gadgets, and services posted on Product Hunt last week and chose 10 forward-thinking tech products that can help you stay ahead of the curve. 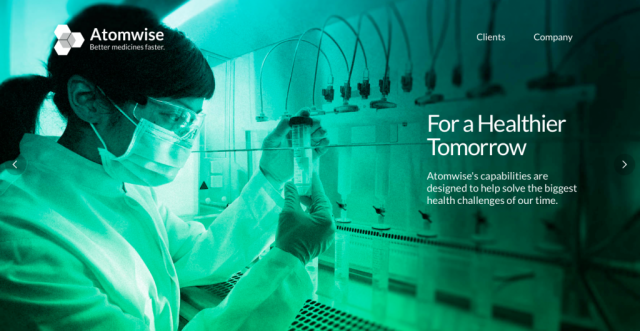 Atomwise leverages big data and machine learning to discover safer, more effective medicines at a faster pace than is supported by the traditional drug development process. The startup uses supercomputers to predict which potential medicines will work and which won’t, and to discover new uses for existing medicines, by analyzing millions of molecules and potential interactions.

Atomwise has developed machine learning algorithms built specifically for the world’s most powerful computers, and the company uses one of the world’s top supercomputers to analyze databases 1,000 times larger than those used in the past in order to deliver precise and reliable predictions. The startup’s website explains that the technology enables it to rapidly research “hundreds of millions of potential medicines,” and TechCrunch reports that the startup, backed by Y Combinator, has launched more than a dozen projects in the last year to find cures for common and orphan diseases.

Breaking is an iOS and Mac app that enables you to see the latest news stories that matter to you in the Today view. You can add any feed just by typing in a name or URL and follow an unlimited number of RSS, Atom, and YouTube feeds. Breaking then displays the latest stories from those sources as a Today view widget in OS X Yosemite and iOS 8 so that the latest headlines are always easy to access with a swipe down on the iPhone or a two-finger swipe from the right edge of the Mac’s trackpad.

Breaking was created by Robocat in Copenhagen, and co-founder Michael Flarup explained on Product Hunt: “I really just wanted a simple overview of news from my favourite sources. We’re actually using iCloud to sync feeds between the desktop and iOS version. We also have an update waiting for review for the Mac version that brings further improvements.”

Paperspace is a full computer that you can access from any Web browser. Traditionally, accessing a computer with more speed and storage space required upgrading to new, expensive hardware. But Paperspace lives in the cloud and gives you access to a powerful computer for a low monthly fee. Paperspace is fast, always updated, and constantly backed up.

To start using Paperspace, you simply create an account, choose a computer type (basic or professional), and log in from anywhere. A Paperspace computer can be accessed from any machine with a Web browser, and Paperspace also offers a device called the Paperweight, which is designed specifically to access your computer in the cloud. 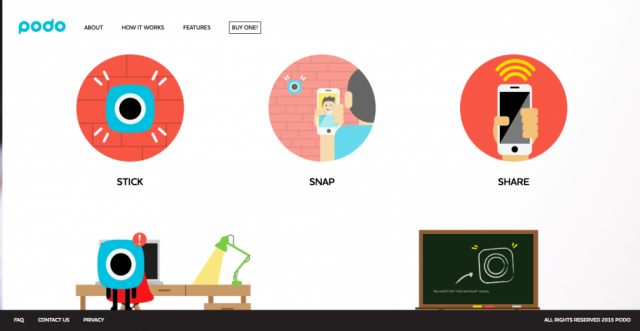 Podo is an app-controlled “stick and shoot” camera that puts the lens wherever you need it. The 8MP camera uses both a magnet and a micro-suction pad that works on walls, windows, and a wide variety of surfaces (to reuse it, you can wipe the pad with water to remove the dirt and let it dry). The Podo features 4GB of memory and a battery life of about two hours. It connects to your phone via Bluetooth and displays a live preview of the shot before you capture it. You can set a flash or a timer.

It takes just a few seconds for the photo to show up on your phone, and from there you can share it as you would any other photo. Future app updates will deliver new shooting modes and editing tools. Podo is being funded via a Kickstarter campaign, which as of the time of writing has raised more than $180,000, significantly above the original $50,000 goal; it still has 42 days to go.

Rocketbook is a cloud-integrated, microwavable notebook that enables you to write as you traditionally would with a pen and paper but simultaneously digitize your notes and send them to the cloud. The system is comprised of a notebook and a mobile app. The notebook contains pages that feature a dot grid pattern and seven icons, to which you can assign any folder inside Dropbox, Evernote, Google Docs, or your email address. When you mark any of those icons, Rocketbook will automatically file your notes in the correct place.

The app uses patent-pending image capturing technology to accurately convert handwritten notes and drawings into digital images and store them in the predetermined locations you choose. When you use the notebook with Pilot FriXion pens, you can erase the entire notebook by heating it in a microwave oven. Rocketbook is being funded via an Indiegogo campaign, which as of the time of writing has raised more than $150,000, much higher than its original goal of $20,000. The campaign still has 26 days to go.

Science Gossip is a project by Zooniverse to classify the scientific drawings from Victorian periodicals in order to map the origins of citizen science. The project’s website explains: “In the Victorian period, just like today, scientists and members of the public worked together to further scientific discovery. Before computers and cameras they had to draw what they saw. Their drawings are locked away in the pages of Victorian periodicals, such as Science Gossip, Recreative Science and The Intellectual Observer.”

You can help researchers identify and categorize illustrations in these old publications by reviewing scanned pages of the periodicals and identifying diagrams, drawings, tables, charts, photographs, and maps. When you find an illustration, you can choose its type, add information about the species as presented by the original journal, note handwritten inscriptions, add names of contributors, and then add keywords to describe the highlighted illustration.

The Smart Rope is an LED-embeded jumprope that communicates with your smartphone. While jumping rope is one of the most convenient and portable cardio tools available, it’s easy to learn but challenging to master. It’s also difficult to track how you’re progressing and is challenging to keep an accurate count during sessions that require hundreds or thousands of jumps. Sensor technology housed in the rope accurately handles counts jumps, enabling the app to track and recommend workout interval sessions and calculate the number of calories you burn.

Using 23 LEDs, the Smart Rope displays jump data right in front of you, with clear visibility even in bright rooms. The Smart Rope is currently being funded via a Kickstarter campaign, which has raised more than $80,000, far higher than the original goal of $60,000, and still has 27 days to go.

Stratos enables you to store all of your payment cards in one card and use it in the same way that you would a regular credit card. You can add debit, credit, loyalty, gift, and membership cards to Stratos, and its dual-stripe technology works everywhere that regular credit cards do. Stratos uses bank-level encryption and never displays your card numbers, and you can set the Stratos card to lockdown if it’s lost or stolen. To set up the card, you simply plug the included Stratos Reader into your phone and swipe all of the cards into the Stratos app. A one-year membership costs $95, or two years cost $145, and a membership includes a free annual card upgrade. 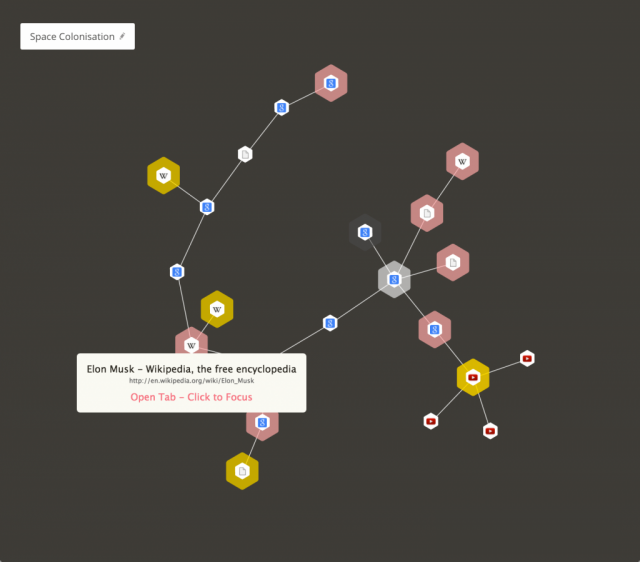 Trailblazer is a Google Chrome add-on that turns hundreds of tabs into a glance-able map, which charts your journey across the Web so that you never get lost. It can follow you down the rabbit hole of conducting research online as you click links and run searches, building a map of your journey along the way. At any time, the map can show you what’s open, where you’ve been, and which pages were good. You can close all of your tabs anytime, and the map will make it easy to pick up where you left off. You can share the map with a friend or coworker researching the same topic. 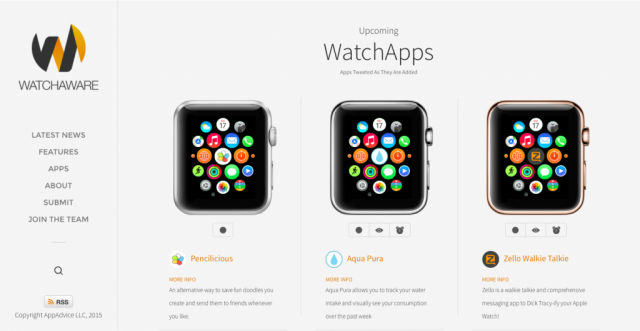 WatchApps provides interactive previews of upcoming apps for the much-anticipated Apple Watch. The site, from the team behind WatchAware and AppAdvice, aims to convey “the reality that we are standing on the edge of a fundamental shift in computing itself” by highlighting, explaining, previewing, and reviewing the best Apple Watch apps as they begin to surface.