10 Crazy Robots From Around the World 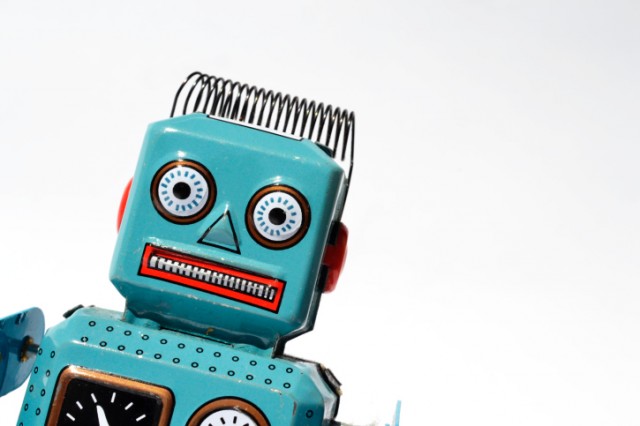 Ah, robots. Is there anything these marvels of modern technology can’t do? From performing repetitive industrial manufacturing tasks or cleaning homes, to entertaining children or exploring the surface of Mars, it seems that robots are capable of accomplishing just about any feat that you could imagine. However, while it’s easy to understand the value of a robot that frees us from tedious labor or expands our knowledge of the red planet, there also exist some very bizarre robots that seem to have been designed by mad scientists or, at the very least, scientists with far too much time on their hands. Here are 10 of the world’s most absurd robots.

Flappy Bird was a short-lived mobile game created by a Vietnam-based developer, as reported by Tuoi Tre News. Although highly popular during its heyday, the game was also notoriously difficult. Of course, mastering a game is usually part of the fun, right? Well, perhaps for most people, but not for Shi Xuekun and Liu Yang, the Cloud-Tea Studio engineers behind the Flappy Bird Bot. The Flappy Bird Bot is a robot that was designed to be a Flappy Bird master. As seen in the video above, Flappy Bird Bot has freed these gentlemen from the pain of ever losing a pointless game of Flappy Bird. 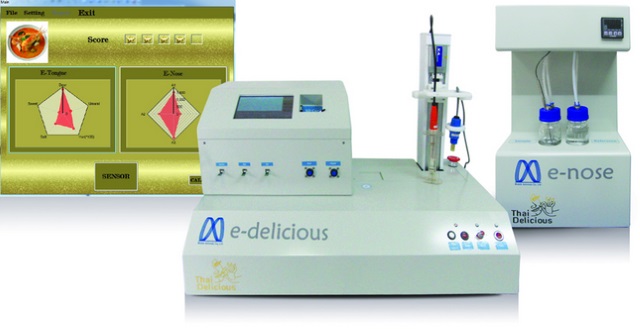 Created under the auspices of the government-funded “Thai Delicious Committee,” the e-delicious machine is part of the Thai government’s effort to combat the poor quality of Thai food that it claims is commonly found overseas, reported The New York Times. This robotic contraption “tastes” food by measuring a food sample’s conductivity at various voltages in order to produce a chemical signature. The chemical signature is then “compared with a standard derived from a database of popular preferences for each dish,” according to The New York Times.

However, since robots do not have a way of judging humans’ food preferences, the database that the e-delicious machine relies on was derived from human taste testers. Confused yet? Considering that the e-delicious machine cost about $100,000 to develop, it seems that the Thai government could have saved itself some time and money by cutting out the absurd robotic middleman and hiring a few human taste testers.

Developed by the University of Tokyo’s Ishikawa Watanabe Lab, this unbeatable robot hand was designed to suck all the fun out of playing Rock-Paper-Scissors. OK, actually this robot was designed with a “100% winning rate as one example of human-machine cooperation systems,” according to the scientists who created it. Still, there is something incredibly absurd about a disembodied robot hand playing Rock-Paper-Scissors and winning every game. Janken’s secret to winning? Its high-speed camera and hand shape recognition software that allows it to see and react to its opponents’ moves so quickly that it is undetectable to the human eye.

According to artist/inventor Nobuhiro Takahashi, this robotic creation was an attempt “to approach the creation of sensitive and subtle expression by a humanoid robot using organic constructs.” Many less perceptive people might just see a disembodied robotic butt. As seen in the video above, Shiri (Japanese for “buttocks”) reacts to a user’s slaps or caresses by tensing up or relaxing.

Speaking of buttocks, Korea-based Samsung proved that Japan isn’t the only country at the cutting-edge of robotic tushy tech. Soon after Apple’s infamous iPhone 6 Plus “Bendgate” scandal made headlines earlier this year, Samsung unveiled a video detailing the rigorous stress tests that its devices are put through. As seen in the video above, one of Samsung’s tests involves a using a jean-wearing robot butt to sit on the Galaxy Note 4.

This creepy robot dancer was exhibited by artist Jordan Wolfson at the David Zwirner Gallery in New York. According to the New York Daily News, the robot includes “facial recognition technology, which allows her to focus on and follow visitors at the exhibit.” That’s right, folks, just in case you didn’t find the sight of a scuffed-up, witch mask-wearing animatronic dancer disturbing enough, it will also stare at you when you enter the room where it appears to be impaled on a pole sticking out of a mirror. We take our hats off to Wolfson for hitting that sweet spot where a robot’s absurdity and creepiness overlap.

Engineers at Japan’s Omron Corporation became one of the latest researchers to attempt to build a ping pong playing robot that could give human players a run for their money. While the Sysmac and Delta robot appears to be an impressive ping pong opponent in Omron’s promotional video, people who played the robot at a tech expo in Tokyo only managed to exchange a few shots with it, according to PCWorld. As noted by Spectrum IEEE, Omron is hardly the first company to build an over-hyped and under-performing ping pong-playing robot (Kuka’s KR AGILUS is just one notable letdown). However, the Sysmac and Delta robot’s enormous size and somewhat intimidating stance makes it a particularly absurd example.

As detailed on The Creators Project blog, artist and robotics researcher Patrick Tresset has created two robots called “Paul” and “Peter.” While Paul is a straightforward drawing machine that sketches people’s portraits using a mechanical eye and a robotic arm holding a pen, Peter has a slightly more absurd purpose.

“The second robotic piece on show, ‘Peter,’ perpetually draws marks then erases them to pass time,” Tresset told The Creators Project. “It has a camera that picks up activity in the room, so depending on the activity and other factors, it gets bored or excited. Its mood influences the speed at which it counts — sometimes it gets too excited, sometimes too depressed — then it does unexpected things.”

Festo’s robotic kangaroo is not the first robot made by this German company to feature a design inspired by an animal. Its seagull-inspired SmartBird robot garnered a well-deserved standing ovation at a TEDTalks event in 2011. While the technical prowess demonstrated with its BionicKangaroo design may be just as impressive as the SmartBird, for some reason the sight of this bouncing, cartoonish, artificial kangaroo just strikes us as absurd.