You love video games. You’re here because you love video games. Or at least like video games (or maybe just because you know someone who likes video games and you’re hoping to make their gaming life harder). While some of us are satisfied with video games that simply tell an enjoyable story that we get to feel like we’re a part of, and others like to just go in and go wild doing things they never can in real life (looking at you Grand Theft Auto players), some of us enjoy the challenge of gaming and the rush we get from overcoming an arduous, grueling challenge. We play on Realistic settings and hunt down games with a brutal Expert Mode. But, sadly, sometimes we encounter an otherwise great game that just happens to be too easy — either because it was made too easy, or because we’re too pro. This we cannot abide. Fortunately there are solutions.

I’ll start with the practical ways to increase the challenge of your video games.

PC gamers, this one’s for you. One of the easiest ways to ramp up the difficulty of an easy game is to hunt down and install a mod. A wide variety of popular PC games can be modded, and one popular type of mod can increase the difficulty of the game. Some will simply make enemies more deadly or increase the number of enemies. Others can decrease your own vitality. Some will introduce new elements that add to the challenge; one example of this type is survival mods in RPGs, which often force you to regularly eat, drink, and sleep. Some will even penalize you for staying out in cold weather too long (see video above @10:06). The Elder Scrolls and Fallout series are widely modded, with plenty of ways to up the challenge after you’ve leveled your character way too high. 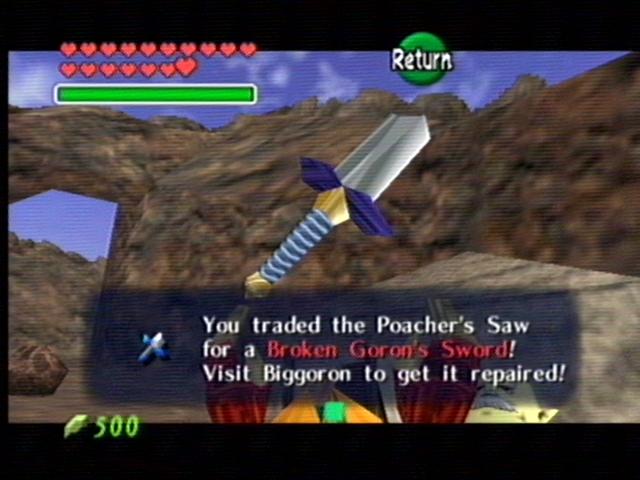 The Legend of Zelda: Ocarina of Time | Source: Nintendo

One common feature of many video games is upgrades and goodies. These things make your character more powerful or make things easier, and they can take lots of forms. Maybe they’re better weapons, or upgrades to them. Maybe they let you recover health or come back to life after you die. Maybe they let you see through walls. Whatever the case, they aren’t making your game any harder. So don’t use them. Instead, seek out worse weapons. A friend introduced me to his way of making The Legend of Zelda: Ocarina of Time more challenging: He wouldn’t use a shield, wouldn’t pick up any heart pieces, and would use only the Broken Goron’s Sword wherever possible (and a whole bunch of other things). Try this out and see if a game that was once too easy doesn’t quickly become too hard. 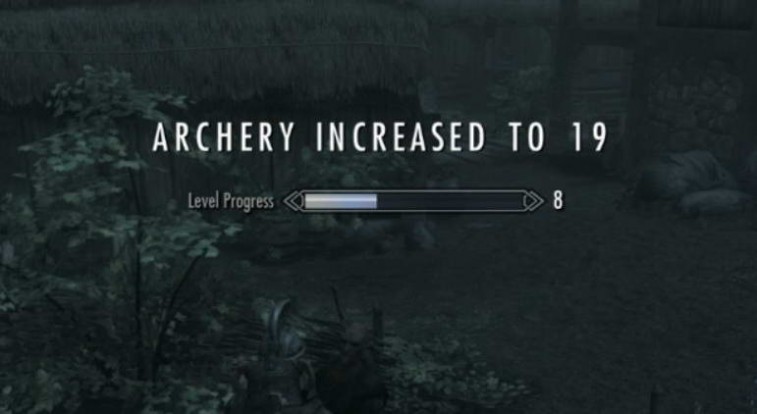 Just like goodies, leveling up in a game only makes you stronger. Whether it gives you more health, more attack power, or special perks to make your character better, it certainly isn’t making anything harder. Some games may force you to level up, or might require certain skills to accomplish plot-critical components, and exceptions can be made in those cases. But other than that, avoid giving yourself any boosts that will make your in-game life easier. If you’re forced to level up, pick perks in a skill-tree that you don’t actually use.

4. Don’t do anything you don’t have to 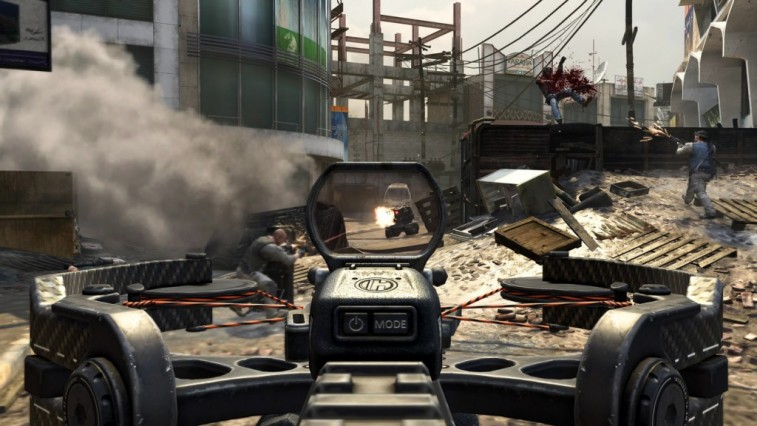 In some ways, this point fits in with the last two points above. But it encompasses a few other ideas as well. Game designers have ideas of how we’re supposed to play to do well, but that doesn’t mean we have to take advantage of all the options they gave us. For example, many modern shooters allow us to sprint, aim down barrel, or perhaps cook grenades so they explode sooner after being thrown. Now imagine you didn’t take advantage of any of those things. You only casually stroll through the battlefield, while firing from your hip and lobbing grenades that require you to predict your enemies’ movements several seconds into the future. Does that sound easy? If it does, try finding your own things to drop from your in-game repertoire.

5. Play against the clock 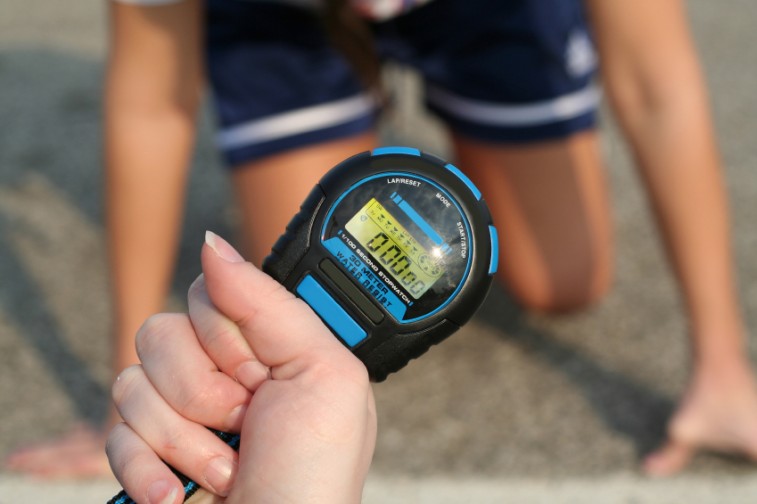 Just because a game doesn’t force you to hurry with a timer doesn’t mean you can’t do it yourself. Many people try to play through games in the fashion of a speed-run, aiming for record times. If you play slow, you can be careful and take necessary precautions. When you’re rushing pell-mell through a video game in an attempt to beat the clock, you might find yourself in sticky situations that give you a nice challenge. Imagine playing a game like Splinter Cell with a timer. Going slow can ensure you remain undetected and never have to get into firefight. The game will punish your for rushing, and in doing so, it’ll give you more of a challenge.

6. Give yourself special rules

If you tell yourself you have to play a certain way, things in a game can get a lot more difficult. It can also make the game a lot more interesting. Say, for example, you will only let yourself shoot enemies in the feet. Now it’s probably going to take a lot more shots to defeat each enemy, as well as precise aim, since a foot is a small target. Additionally, if enemies are half hidden by cover, you can’t just shoot the bit of their heads that are sticking out. Another rule you could give yourself is to never let an enemy see you. Or to fight like a gentlemen and only attack enemies face-to-face. Another option is the pacifist route, in which you avoid killing enemies at all costs. Look at the video above, in which the player avoids collecting coins, killing enemies, and scoring points at all costs. Does that look easy? 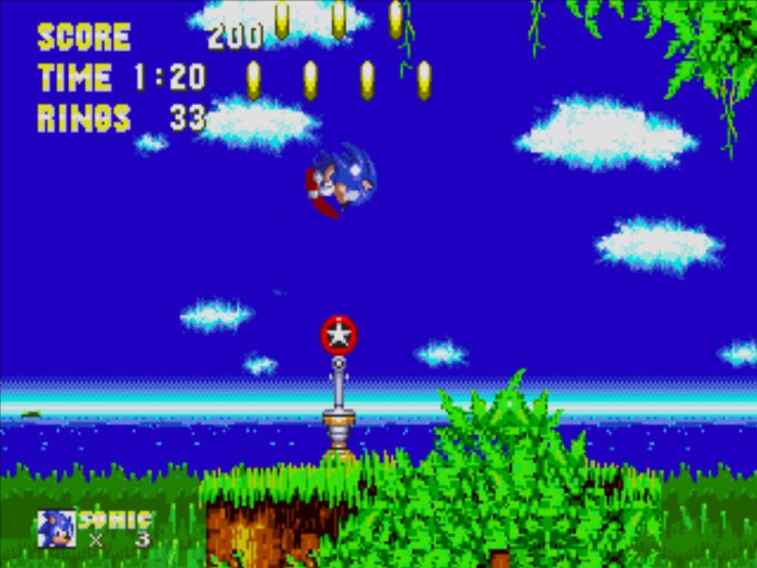 This should be a no-brainer. Checkpoints just make life easier by giving you a place to go back to that’s further along in the game than the start. Saving does the same thing. If you can avoid them, it will force you to play through the stage, level, or mission from start to finish without making a critical error. If you do, obviously you’ll have to go all the way back to the start and try to be more pro. A second aspect of this is that the whole time you’re playing, you’ll know the stakes are higher, and your nerves and sweaty palms can increase the challenge, or at least the sensation of a challenge.

From here, we’ll start looking at the more absurd ways you can increase the challenge of a video game.

8. Get a new perspective 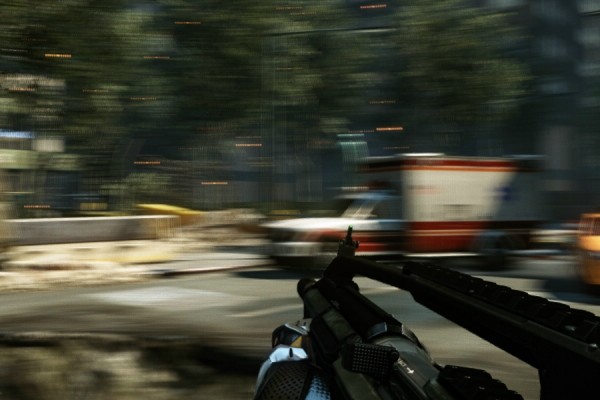 “What the heck do you mean, Mark?” OK, so some games allow you a bit of control over the camera. And you’ve probably been playing the game with the camera setup that works best for you. Probably a wide field of view, a comfortable look sensitivity, and your preference Y-axis inversion. That’s all good and gravy. Perhaps a little too gravy. So, mess it up. Narrow your field of view (often abbreviated “FOV” in game settings), turn the look sensitivity way, way up, or way, way down, and get ready for some uncomfortable camera inversion. You can mix and match these options as well. But combining all of them will quickly make an easy game hard. Just look at that dizzying spin above and get ready for a lot of that.

9. Play a different game … AT THE SAME TIME

Pick anything. Pick the simplest game. Play tick-tack-toe. Just do it while you’re also trying to focus on the video game that is (was) too easy. Don’t let yourself wait for a lull in one game to make a move in the other. If you’re getting attacked by a dragon or in the middle of a firefight in your video game, you better still put an X to counter your opponent’s O. Obviously you can continue to increase the challenge by choosing more complicated games to pair. Just see the video above or check out Henry Hatsworth in the Puzzling Adventure, which combines a puzzle game and a platformer into one. 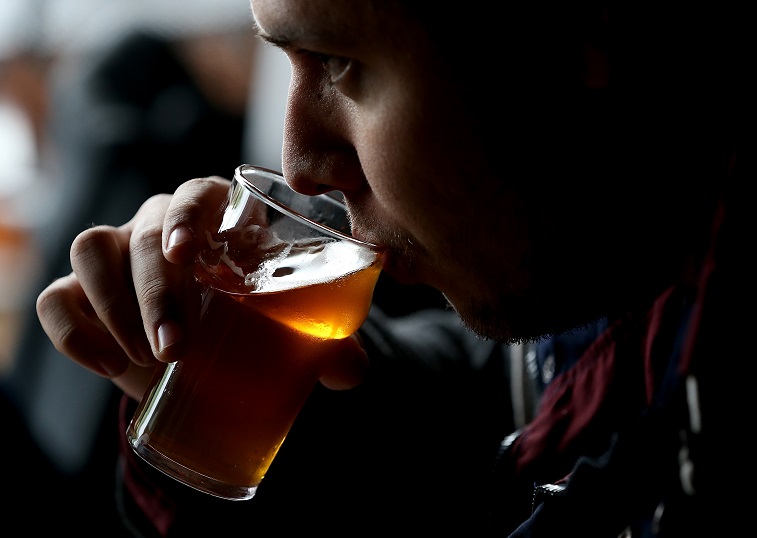 All right, disclaimer: I do not suggest making a regular habit of getting drunk, nor of even regularly drinking alcohol. In fact, I discourage it. That said, if you occasionally are looking for an extra challenge in gaming and just happen to have already been out drinking, you don’t need to do anything extra. Your faculties should be impaired and your reactions slower. Your game doesn’t need to actually change any to get harder, because you’ll just get worse and level down to it. If you think otherwise, go ahead and see this somber Belgian PSA featuring Gran Turismo champ Amo_Racing 87. Be responsible, and game on.

Tweet me if you have any other interesting ways of dialing up an easy game to expert mode.