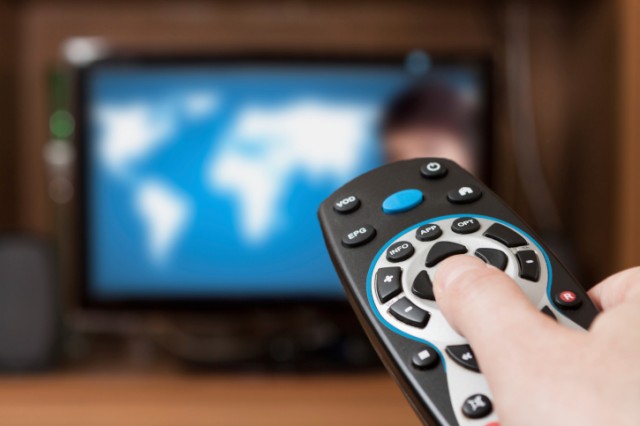 While trying to figure out what the best product is in a particular market is always a difficult task, it can be especially tricky when it comes to 4K or ultra high definition televisions (UHDTV).  Besides the usual screen size and brand decisions that must be made when buying any type of television, choosing a 4K television is further complicated with various other complex technological specifications and optional “smart” features. Display technology, refresh rates, Internet compatibility, 3D capability, and video connectivity input are just a few of the features and options you will likely encounter when shopping for a 4K television set.

As previously noted by The Cheat Sheet, while 4K resolution sounds like a huge leap from the previous high-definition television (HDTV) standard of 1080p, the “4,000″ number actually refers to the number of pixels per horizontal row, rather than the vertical column metric used by previous generation televisions. With a resolution 3,840-by-2,160, a 4K UHDTV would actually be called a 2160p under the old convention. Further complicating the issue is the fact that the 4K UHDTV standard marketed to consumers is actually lower than the “true 4K” 4,096-by-2,160 resolution used in the professional cinema industry due to aspect ratio differences, as noted by Digital Trends. However, for whatever reason, most television manufacturers use 4K and UHDTV as interchangeable terms for their mainstream consumer products.

Still, with just a few weeks left in the holiday shopping season, this may be the best time of the year to upgrade to a 4K television set since so many retailers are offering special deals. In order to help simplify the 4K television shopping experience, we thought this would be the ideal time to take a look at some of the best 4K televisions currently available for $6,000 or less. The 4K televisions featured on our list are primarily ordered according to the Smart Rating scores provided by FindTheBest. However, for televisions that have identical Smart Rating scores, we gave higher rankings to the models with a lower price per inch. It should also be noted that the prices provided by FindTheBest are the original manufacturer’s suggested retail price (MSRP), so actual prices may vary based on where you are shopping. This also means that even models with listed MSRPs higher than $6,000 should be available for under $6,000 at most retailers. Keeping those caveats in mind, here are 11 of the best 4K televisions currently on the market, ranked from lowest to highest. 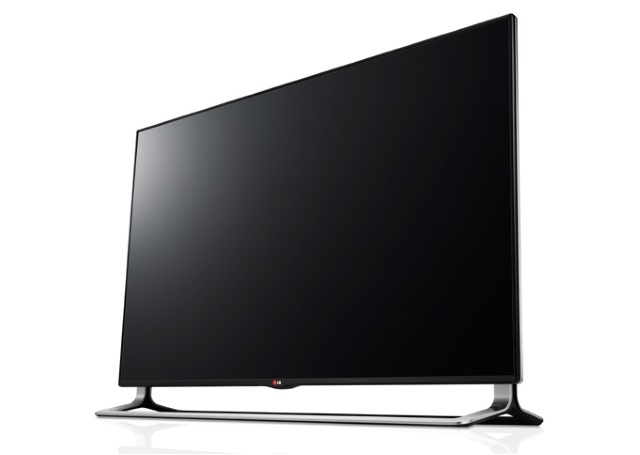 LG’s 65LA9700 and 55LA9700 models offer essentially the same features but come in two different screen sizes. That being said, the extra 10 inches of LED-LCD screen estate on the 65LA9700 model comes at a hefty premium of $2,000. Both TVs are outfitted with 3D display technology that includes four pairs of viewing glasses.

As smart TVs, both models include integrated Internet capabilities and are compatible with multiple video streaming apps, including Facebook, Hulu, MLB.TV, Netflix, Pandora, Picasa, Rhapsody, Skype, and more. Both LG TVs also have built-in Wi-Fi, but only the smaller 55LA9700 model includes an Ethernet port for connecting the device to a wired network.

For video connectivity, each television has three HDMI ports, three USB ports, and includes support for the Digital Living Network Alliance (DLNA) standard used for interoperability with other devices. HDMI ports are generally used to hook up peripherals like Blu-ray players, while the DLNA standard ensures you can transfer content straight from any other DLNA-certified devices you own.

Finally, it should be noted that both models offer a 240Hz refresh rate. High refresh rates are desirable for reducing motion blur, so if you are a gamer or just watch a lot of fast-paced action movies or sports, the relatively high refresh rate of these televisions may be a plus. Both models have a Smart Rating score of 87, and a price per inch of $99.99. 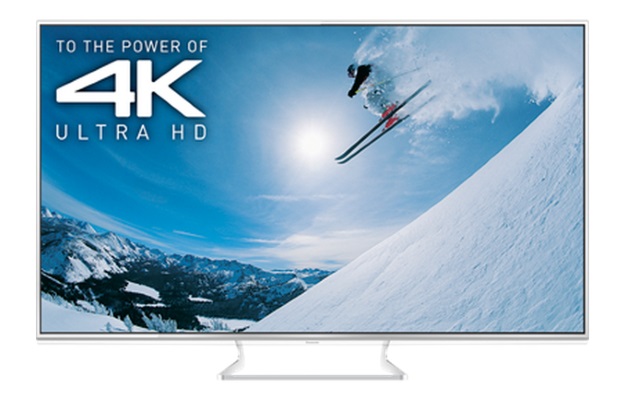 This 65-inch Panasonic smart TV with LED-LCD display features built-in Wi-Fi and Ethernet connectivity, as well as a passive 3D technology that includes two pairs of viewing glasses. For video connectivity, the TC-L65WT600 model has three HDMI ports, three USB ports, and one composite input for older generation peripherals. Panasonic also includes support for the DLNA standard for compatibility with DLNA-certified devices. While the Panasonic TC-L65WT600 model earned a relatively high Smart Rating score of 88, it also has a fairly poor price per inch ratio of $92.31. 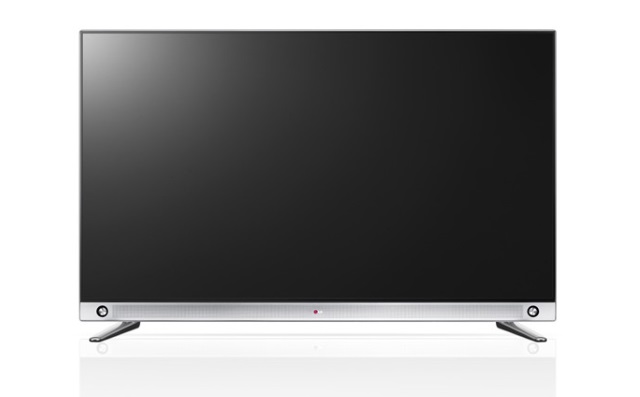 Like the other LG models featured on this list, the 65LA9650 model features 3D technology along with four pairs of viewing glasses. It also has a relatively high refresh rate of 240Hz. 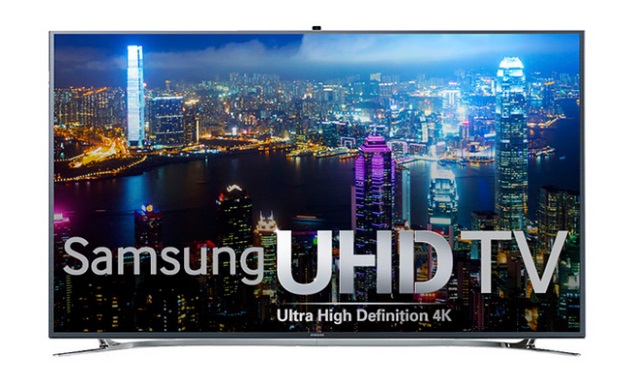 Both of these LED-LCD display smart televisions from Samsung garnered Smart Rating scores of 88 from FindTheBest. However, the $72.73 price per inch on the 55-inch model is better than the $84.62 price per inch given to the identically ranked 65-inch model. Both Samsung models are outfitted with Wi-Fi and Ethernet connectivity and are compatible with Facebook, HBO Go, Hulu, Netflix, Pandora, Skype, and more.

For video connectivity, both Samsung models offer four HDMI ports, three USB ports, and two composite inputs. Both of these models also include 3D autostereoscopic display technology that does not require glasses. 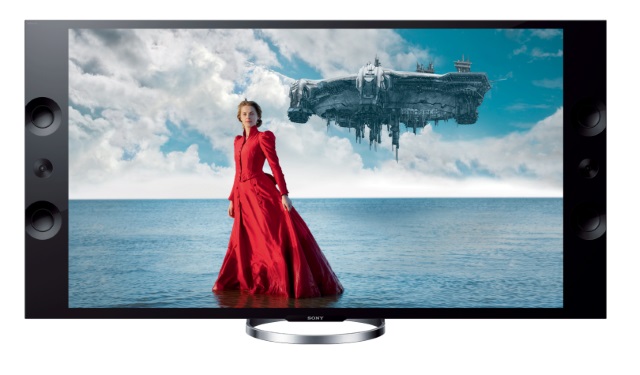 All three models include 3D technology with four pairs of glasses, as well as four HDMI ports, three USB ports, and two composite inputs. While most new peripherals use HDMI inputs, the inclusion of two composite inputs may be a plus if you are planning to hook up an older DVD player or VCR. All the models also have built-in Wi-Fi and Ethernet connectivity. 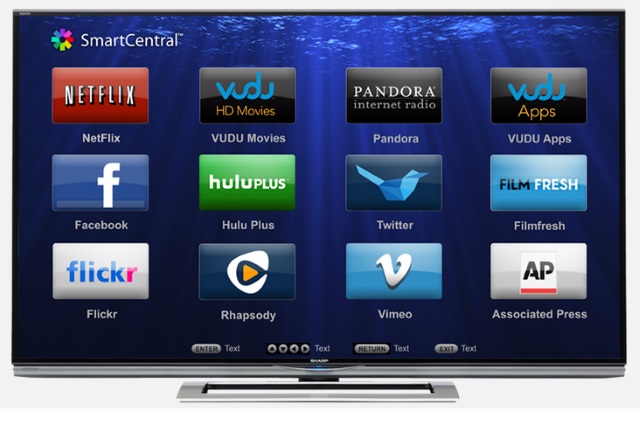 The device’s LED-LCD display offers a middling refresh rate of 120Hz that works well for most uses outside of gaming and certain fast-motion content. The Sharp LC-70UD1U was awarded a Smart Rating score of 88 by FindTheBest, which also calculated its price per inch to be $62.86. 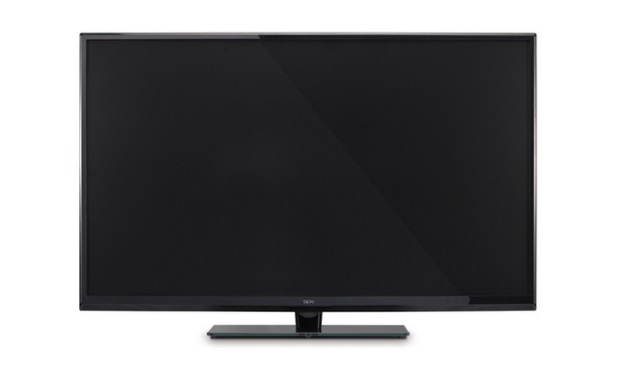 With an MSRP far lower than the other 4K TVs featured on this list, the Seiki SE39UY04 might be the ideal choice for shoppers who want a no-frills medium-size 4K television. Unlike many other 4K TVs, the Seiki SE39UY04 is not a smart TV and does not include built-in Wi-Fi or 3D technology. However, this LED-LCD display television does include plenty of video connectivity options, including three HDMI ports, two USB ports, and one composite input. It also has a standard refresh rate of 120Hz.

Thanks to its low MSRP, the SE39UY04 model has a price per inch of just $17.92 — by far the lowest price per inch of all the 4K TVs featured on this list. Based on expert ratings and technical specifications, FindTheBest awarded this television a high Smart Rating of 99.

That’s it for our list of some of the best 4K televisions currently available. If you are in the market for a new television but are not sure if a 4K TV is the best option for you, please check out our list of must-know television shopping tips.