The Future of Apple Products

Apple (NASDAQ:AAPL) Chief Executive Tim Cook reported during the company’s quarterly earnings call that Apple has made 29 acquisitions since the beginning of fiscal year 2013, which began in September 2012. (A number of articles proclaiming that Apple completed 29 acquisitions in nine months are off by a fiscal year. During the company’s second-quarter earnings call, it was noted that Apple had acquired 24 companies “in the past 18 months,” according to a transcript published by Morningstar. Apple has acquired five in the time between its second- and third-quarter earnings calls.)

Some of the purchases made since September 2012 are publicly known, while others have not yet been disclosed. The prices paid for each of the acquisitions is also unknown. The Unofficial Apple Weblog reports that Cook explained Apple’s acquisitions to investors on the company’s quarterly earnings call on Tuesday.

“Not counting Beats, we’ve completed 29 acquisitions since the beginning of fiscal year 2013, including five since the end of the March quarter, and we have brought some incredible technology, and more importantly some incredible talent, into Apple in the process,” Cook said. “We are hard at work and investing heavily on exciting opportunities across our business and we have an incredible pipeline of new products and services that we can’t wait to show you.”

Apple’s most widely discussed acquisition — its purchase of Beats Music — wasn’t counted in the 29, as the deal won’t close until this quarter. However, it is the most expensive acquisition in the company’s history, coming in at $3 billion. Apple acquired five companies after the end of the March quarter, and MacRumors reports that only two of those have been revealed: LuxVue Technology and Spotsetter. The other three acquisitions remain unknown, and many of the remaining known and unknown acquisitions took place in 2013.

A large number of the acquired companies focus on mapping capabilities, such as BroadMap, Embark, HopStop, Locationary, and WiFiSlam. The technology that Apple gained with each acquisition is expected to appear in future product operating system updates, product launches, and improvements to default apps and services. For example, substantive updates to Apple Maps are expected after the launch of iOS 8, and the talent gained with many of Apple’s known acquisitions likely plays an integral part in the development of those improvements.

On the earnings call, Cook noted, “We’re always looking for acquisitions, but we don’t let money burn a hole in our pocket.” The following are 15 companies that Apple just couldn’t resist — companies whose ideas and resources are likely to show up in some iteration in future Apple releases. And as for the acquisitions that we don’t yet know about, Apple isn’t likely to offer details anytime soon.

When responding to inquiries regarding acquisitions, Apple usually releases a standard statement: “Apple buys smaller technology companies from time to time, and we generally do not discuss our purpose or plans.” As with new iPhone models and new product launches, consumers and investors will just have to wait to find out exactly how Apple’s acquisitions fit into future plans until the company is ready to share.

In December 2013, 9to5Mac reported that Apple had acquired BroadMap, a mapping firm with a variety of products and services based in the company’s strengths in analyzing mapping data. At the time, 9to5Mac called the BroadMap team’s experience with “sorting data, cartography, points of interest, enterprise integration, geocoding, web development, and mobile application development” an “invaluable” resource for Apple to improve Apple Maps for consumers. The acquisition reportedly centered around talent, not BroadMap’s technology, and the majority of BroadMap executives subsequently joined Apple’s mapping team.

TechCrunch reported in February of this year that Apple had acquired Burstly, the maker of in-app management platform SkyRocket and the parent company of mobile app testing platform TestFlight. TestFlight became popular among developers because it allowed them to release early versions of their apps for testing without going through the App Store, making the process of user tests considerably easier. At the time, TechCrunch reported that Burstly’s engineers were already at Apple. Apple’s plans for the company weren’t clear, but its resources could bolster Apple’s services for developers.

When it reported on Apple’s acquisition of BroadMap in December of last year, 9to5Mac said that Apple had also acquired Catch, the company that developed Catch Notes, a cross-platform note-taking app cited as a competitor to Evernote. With both iOS and Android apps, Catch synced data over the cloud, featured a simple user interface, and could provide users with reminders and notifications. It could also sort notes with text, images, and audio files. 9to5Mac speculated that Catch could integrate with Siri to add new functionality to notes and reminders, integrate with the Notes and Reminders apps, or assist with Apple’s iCloud and mobile user interfaces. 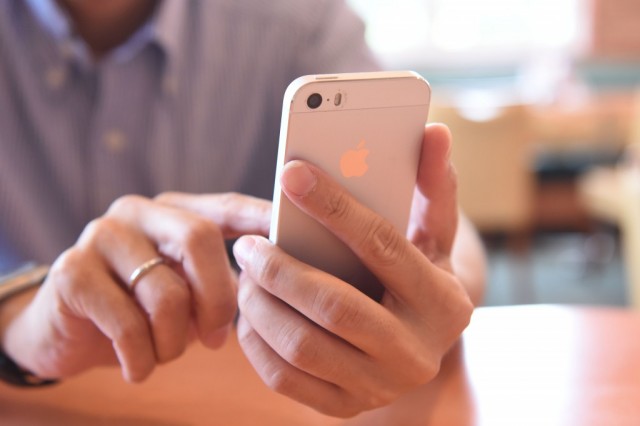 Apple Insider reported in October 2013 that Apple had acquired Cue, the company behind a personal assistant app for the iPhone. The app’s functionality was similar to that of Google (NASDAQ:GOOG)(NASDAQ:GOOGL) Now or of Apple’s iOS 7 contextual notifications, but was introduced before either of those services hit the market. It was able to convert information such as flight or restaurant reservations into a daily agenda by indexing contacts, files, and emails to display important information. The acquisition allegedly cost Apple anywhere from $35 million to $60 million, depending upon the report. The company’s resources were expected to play into future improvements to Siri, Apple’s virtual personal assistant. 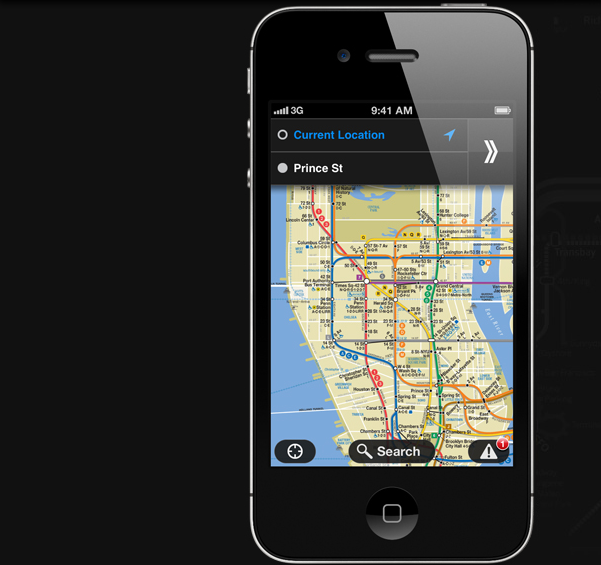 Jessica Lessin reported in August 2013 that Apple had acquired Embark, a mapping app for both iOS and Android to help users navigate public transportation systems. The startup developed apps for city transit systems in Boston, Chicago, Long Island, New Jersey, New York, San Francisco, and Washington, D.C. Lessin noted at the time that Apple planned to integrate Embark’s technology into Apple Maps, perhaps in a move to catch up with or go beyond the functionality of Google Maps, which already integrated public transit data. 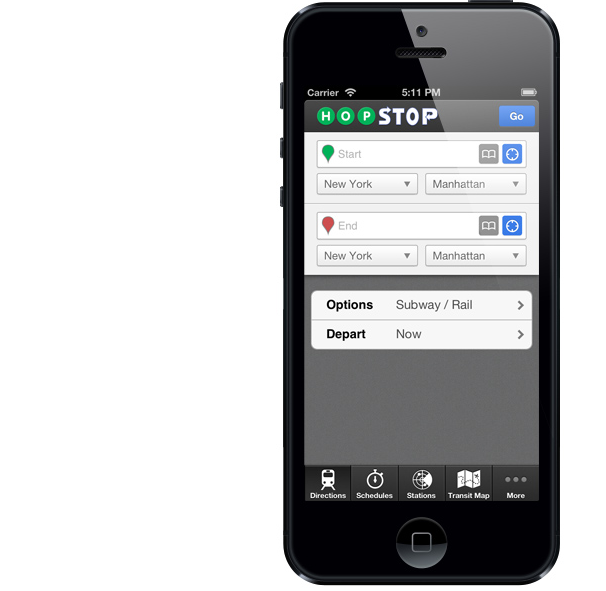 In July 2013, Bloomberg reported that Apple had agreed to acquire HopStop, another public transit navigation service. HopStop offers navigation for more than 500 cities and features walking, biking, and taxi options in addition to public transit data. It also helps users find featured businesses using a variety of real-time data. Bloomberg reported that the acquisition was intended to help Apple make improvements to Apple Maps after the service’s much-criticized debut. 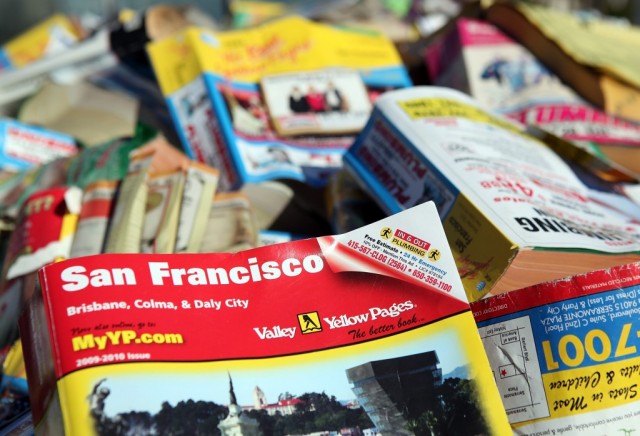 Also in July 2013, AllThingsD reported that Apple had acquired Locationary, which it described as “a sort of Wikipedia for local business listings.” The app uses crowdsourcing and the Saturn data exchange platform to collect and verify information on local businesses and points of interest. The service aims to combat a consistent problem with mapping services — out-of-date information — and makes sure that each listing is positionally and temporally accurate. The acquisition targeted both Locationary’s technology and its team, and the acquisition is expected to contribute to the improvement of business listings in Apple Maps. 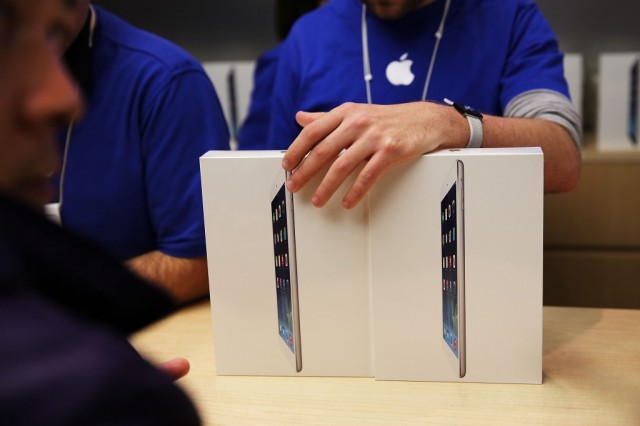 TechCrunch reported in May 2014 that Apple had acquired LuxVue Technology, a company that had developed micro-LED screen technology. The company, somewhat like Apple, was secretive about the products it had in development, but was working on low-power micro-LED displays for consumer electronics. TechCrunch noted that LuxVue’s technology could be integrated into Apple hardware for longer battery life and better screen brightness. 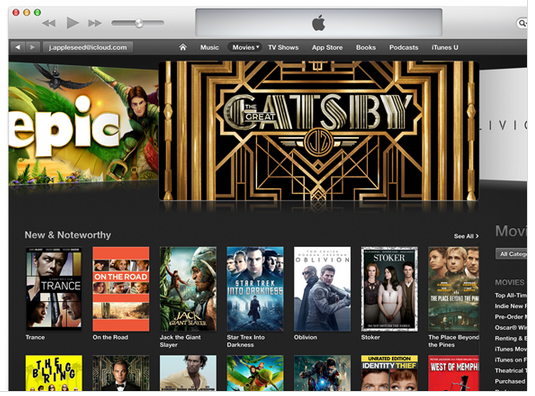 In August 2013, TechCrunch reported that Apple had acquired Matcha, a video programming recommendation site. TechCrunch said the acquisition targeted Matcha’s technology, not its team, and Apple was after the proprietary algorithm that Matcha built to provide users with video recommendations. The acquisition could play into how Apple presents content in its iTunes video store, which at the time powered 800,000 TV show downloads and 350,000 movie downloads per day. Matcha’s algorithm could improve the recommendations that iTunes offers. Apple was also reportedly interested in Matcha’s user acquisition and user engagement strategy, and TechCrunch put the purchase price somewhere between $10 million and $15 million. 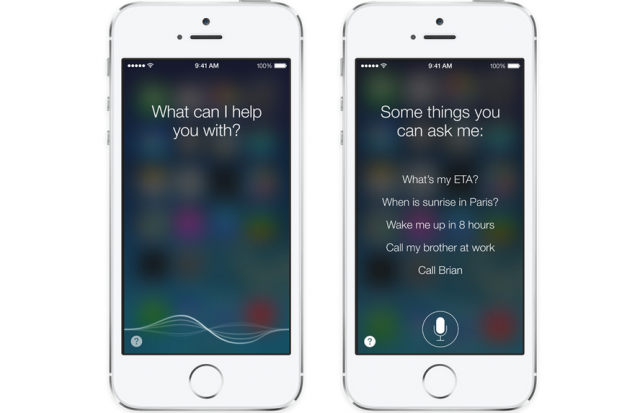 TechCrunch reported in April 2014 that Apple had acquired Novauris, an automatic speech recognition technology company that grew out of the British subsidiary of voice dictation tech company Dragon Systems, known for products like DragonDictate and Dragon NaturallySpeaking. Novauris had been developing speech recognition technology for access to information stored locally on mobile devices or remotely on servers. At the time, one of Novauris’s co-founders confirmed that he and his team had joined Apple, where they are expected to improve the functionality of Siri. 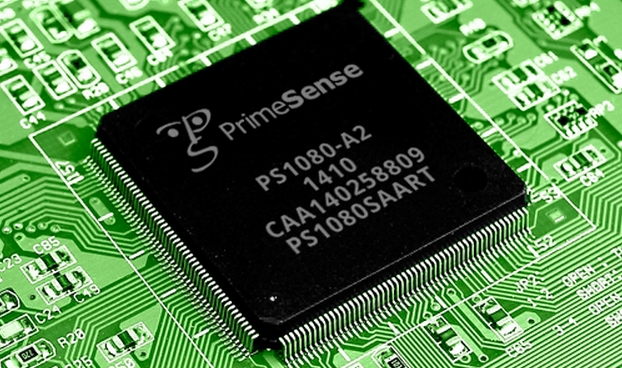 AllThingsD reported in November 2013 that Apple had acquired PrimeSense, a 3-D sensor tech company known for its work with Microsoft’s (NASDAQ:MSFT) Kinect. The company developed innovations in motion and depth capture, and created small sensors well-suited for mobile devices. AllThingsD said at the time that PrimeSense’s technology could be integrated into “any number of Apple’s actual and hypothetical products in development,” naming “the long-rumored Apple television set” or “an Apple-made smartwatch” as prime candidates. The purchase price was reportedly around $360 million.

TechCrunch reported in January 2014 that Apple had acquired SnappyLabs, the photo tech startup behind SnappyCam. The startup was run by a single founder, John Papandriopoulos, who invented a method to get the iPhone’s camera to take full-resolution photos at 20 to 30 frames per second. TechCrunch reported at the time that Papandriopoulos joining Apple could bring the technology to the cameras built into Apple’s range of devices, and a high-resolution burst mode could become a selling point for those who take a lot of photos on their mobile devices.

TechCrunch reported in June 2014 that Apple had acquired Spotsetter, a “social search engine for places.” The acquisition targeted Spotsetter’s technology, which layered social data on top of a mapping interface, plus the talent of its two founders. The app combined recommendations from a user’s friends with trusted reviews to make maps more social. It used an algorithm to pull in user content from Facebook (NASDAQ:FB), Twitter (NYSE:TWTR), and Instagram, and enabled users to look up places, categories, and keywords. Some of the company’s team joined Apple, where they’re expected to help integrate Spotsetter’s features into improvements to Apple Maps.

The Wall Street Journal reported in December 2013 that Apple had acquired Topsy, a social media analytics firm that “specializes in analyzing the global conversation on Twitter.” The company developed tools to analyze how often a term is tweeted and to measure how influential a user is on a specific topic. The company can also measure the exposure of an event or campaign. The company is one of the few with access to the full stream of tweets posted to Twitter since 2006. It analyzes the information and sells it to customers. Apple’s precise plans for Topsy’s technology were unclear, but it could enhance Siri, iTunes, or the iAd advertising platform. The purchase price was reportedly more than $200 million.

The Wall Street Journal reported in March 2013 that Apple had acquired WifiSLAM, an indoor GPS company. The move revealed Apple’s intention to compete in indoor mobile location services, as WifiSLAM developed technology to enable mobile phones to detect a user’s location inside a building using Wi-Fi signals. The company offered the technology to developers building indoor mapping solutions and related applications for retail and social networking. The acquisition allegedly cost about $20 million.