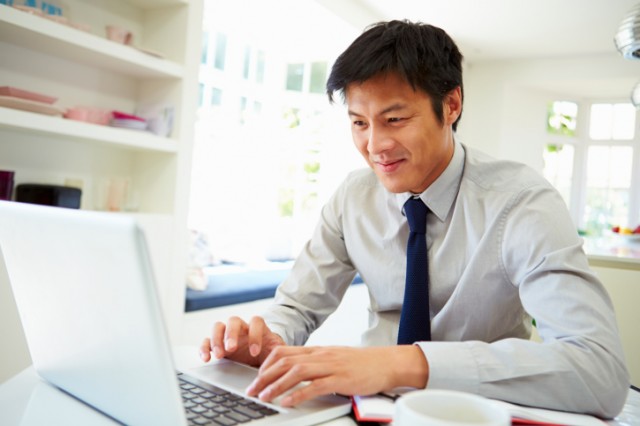 On the lookout for the most innovative apps, tools, and websites to test out and share with your friends? Each week, we look at the crowdsourced links posted to a website called Product Hunt, where users post their best finds and the community discusses and votes for their favorite apps and tools. (In case you missed it, here’s last week’s edition.) Between 600 and 800 venture capitalists reportedly use the site — a great testament to its ability to surface products that would otherwise fly under most people’s radars — and Product Hunt recently raised $6 million in funding, with Andreessen Horowitz leading the round.

AppGif came in first on Sunday, with 225 upvotes as of Monday. The site enables developers to turn their app preview videos into gifs simply by uploading an .mp4 file to the website. The site’s creator, Armin Ulrich, said on Product Hunt that AppGif is currently in “a real tiny mvp [minimum viable product] state,” and the site currently lacks any extraneous information. Users just upload a file, choose the gif’s size, and select the desired rate of frames per second.

Metalsmith came in second on Sunday, with 108 upvotes as of Monday. Metalsmith is a static site generator, with all of the logic handled by plugins. Metalsmith reads all of the files in a source directory, uses a series of plugins to manipulate the files, and then writes the results to a clean destination directory. Metalsmith can also be used to make a project scaffolder, an ebook generator, a build tool, or technical docs, and the site notes that its wide range of plugins are all reusable, and users can write their own.

Get Notified came in first on Saturday, with 373 upvotes as of Monday. The site enables users to “get notified when something happens” — an event is scheduled, a price drops or a deal is offered, a website posts new content, or a specific news event occurs. The submitted notification requests are reviewed by real people, and the site explains that, “Your request will get reviewed by a human and followed up shortly. If you are in doubt, just submit the request and will let you know if it can be done or not.” Get Notified, created by Kyu Lee and Alexei Boronine, costs $0.99 per month per active notification, but users don’t pay anything until their balance goes over $10.

Freebbble came in second on Saturday, with 265 upvotes as of Monday. The site offers more than a thousand “design freebies” made by users of Dribbble, a community of designers. On Freebbble, users can find backgrounds, fonts, icons, templates, themes, mockups, and more, each available for use under a variety of licenses for commercial and personal uses. The site also offers premium items for purchase.

Stock Up came in first on Friday, with 603 upvotes as of Monday. The site enables users to search “the best free stock photo websites in one place.” Users can search for photos from a specific source, search by keyword, or simply browse photos. (The site says that 60 photos were added in the past week.) Site creator Steve Benjamins said on Product Hunt that Stock Up only includes sites that have given him permission to index them, and that he built the site “to create a search engine that could bring together all the disparate stock photo websites.”

CodeKit came in second on Friday, with 279 upvotes as of Monday. CodeKit, which alternately describes itself as “a Mac app for cool people” and “steroids for web developers,” helps users build websites “faster and better.” For $29, the app enables users to compile every language, auto-refresh browsers across devices, check for syntax errors, and automatically browse and install more than 6,000 components. CodeKit developer Bryan Jones notes on Product Hunt that CodeKit isn’t an integrated development environment (IDE), but runs in the background as the user works in the editor of his IDE of choice.

AppStop came in first on Thursday, with 459 upvotes as of Monday. The site enables developers to generate a landing page for their iPhone apps, using the information that they’ve already submitted to the App Store. Users just need to enter their App Store URL at AppStop, which will then create a customizable landing page that the developer can fork on GitHub and deploy on github.io or on another domain.

The iMac with Retina 5K display came in second on Thursday, with 278 upvotes as of Monday. Apple’s new Retina iMac features a 27-inch display with four times the pixels of the standard 27-inch iMac display. The iMac features a quad-core Intel processor available up to 4.0 GHz, AMD high-performance graphics with up to 3.5 teraflops of graphics compute power, Fusion Drive flash storage, and ships with OS X Yosemite and a range of built-in apps.

Lukewarm Emailer came in second on Wednesday, with 292 upvotes as of Monday. For startups, authors, musicians, and others, Lukewarm makes it easier to find and connect with potential contacts. Lukewarm enables users to find an audience on Twitter, build a queue of people to contact, send each a customized email, and track the progress of a variety of conversion steps. “This is not for spammers,” the website notes. “Lukewarm makes the process as efficient as possible, but each email is sent manually from your own email address.” For an extra fee, Lukewarm can also manually find email addresses for potential contacts.

Pixate came in first on Tuesday, with 798 upvotes as of Monday. Pixate enables users to design native iOS and Android app prototypes without code. Pixate aims to replace complex animation frameworks and simulation tools with “an intuitive design tool that empowers you to communicate and iterate ideas seamlessly and visually.” Pixate uses native components, frameworks, and dynamics, and is cross-platform, adaptive, and interactive.

Hive came in first on Monday, with 513 upvotes as of the following Monday. Hive provides free, unlimited cloud storage — and aims to be the first free unlimited cloud service in the world. It can handle documents, photos, music, and videos, and users can upload from their device or paste in a URL. Hive also enables users to share content with their friends, or keep folders private. Users can upgrade to a Premium plan, but the plan gets cheaper, and in some cases is even free, the more friends a user adds.

Startup Notes came in second on Monday, with 414 upvotes as of the following Monday. Gregory Koberger, founder of ReadMe.io, creates sketch notes every year on the most actionable advice offered by each speaker at Y Combinator’s Startup School, a one-day event where those who want to found a startup can learn from founders and investors. Koberger’s notes this year distill the best advice from Ron Conway, Danae Ringelmann, Kevin Systrom, Reid Hoffman, Jan Koum, Eric Migicovsky, Andrew Mason, Zatlyn & Prince, Hosain Rahman, and Emmet Shear into illustrated notes.

15. How to Transform Your Ideas into Software Products

How to Transform Your Ideas into Software Products came in third on Wednesday, with 289 upvotes as of Monday. The book, written by Poornima Vijayashanker, founder of Femgineer, aims to give readers a “proven guide” on how to “create products people will pay for before they’re even built.” The book includes seven interviews with startup founders and early employees, more than thirteen case studies, and access to “the exact systems and tools” that Vijayashanker has used to build “rock-solid” products.