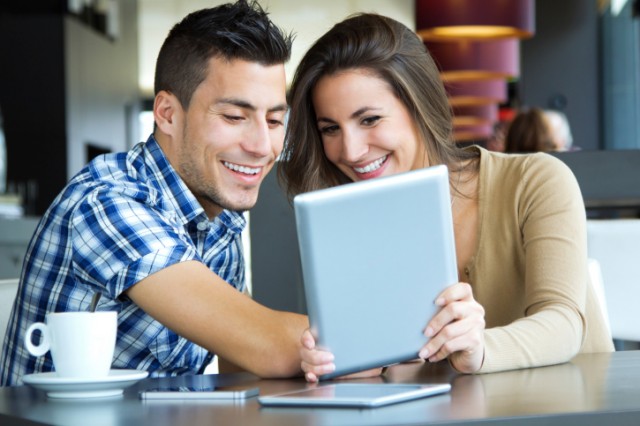 Are you always searching for the most innovative new apps, tools, and websites to test out and share with your friends? Each week, we look at the crowdsourced links posted to a website called Product Hunt, where users post their best finds and the community discusses and votes for their favorite apps and tools. (In case you missed it, here’s last week’s edition.) Between 600 and 800 venture capitalists reportedly use the site — a great testament to its ability to surface products that would otherwise fly under most people’s radars — and Product Hunt recently raised $6 million in funding with Andreessen Horowitz leading the round.

Product Hunt offers a look at what’s new every day on its homepage, and anyone can submit a product. Users can either sign up for emails to be updated on the community’s best finds or can check back each day to see what turns up. The products posted each day collect upvotes, which partially factor into the order in which the posts are ranked at the end of the day.

OfficeFetish came in first on Sunday, with 323 upvotes as of Monday. OfficeFetish showcases startup offices from around the world, curated into categories like “Solo Warrior,” “Early Start-ups,” “Co-working,” “We’ve Been Funded,” and “The Big Boys.” Founder Chris Steggles explained on Product Hunt, “I’ve always been a big fan of seeing where and how startups work. I love watching Tech Cribs and scrolling through Instagram profiles to get a glimpse into office life. From this Officefetish was born.”

Youtube-dl came in second on Sunday, with 133 upvotes as of Monday. Youtube-dl is a command-line program that enables users to download videos from YouTube “and a few more sites.” The program requires the Python interpreter and is not platform-specific. The website notes, “It should work in your Unix box, in Windows or in Mac OS X. It is released to the public domain, which means you can modify it, redistribute it or use it however you like.”

VideoBlocks came in first on Saturday, with 368 upvotes as of Monday. The site provides studio-quality stock footage, motion backgrounds, and After Effects templates. Subscribers receive unlimited downloads of completely royalty-free clips and images. These resources are royalty-free for personal or commercial uses, and “yours to keep forever.” The archive is continually updated with new content, and users can subscribe for $79 per month or $99 per year.

PublicAPIs came in second on Saturday, with 333 upvotes as of Monday. PublicAPIs is “the largest API directory in the galaxy,” and was created by Mashape as a community-maintained resource to serve API developers, as explained by Mashape chief executive Augusto Marietti on Product Hunt — in keeping with Mashape’s mission to “facilitate a new revolution in software production by serving as the backbone of the distribution and consumption of data and services through APIs.” PublicAPIs currently includes 5,321 APIs, organized with an array of tags, and easily searchable. Users can also add APIs to the directory, and propose tags to keep APIs organized.

Gigster came in first on Friday, with 346 upvotes as of Monday. Gigster enables users to “hire a quality developer for your project in under 5 minutes.” Pre-vetted “gigsters” hail from the California Institute of Technology, Cornell University, MIT, and others. Within minutes of posting a new gig for an app or a website, users can chat with a developer. In that initial chat, the gigster estimates the cost of the project, and will then send an email with the final terms. The user and the developer work together directly through the Gigster website, and the developer gets paid after he or she completes the project.

Opstarts came in second on Friday, with 218 upvotes as of Monday. Opstarts aims to save users “countless hours of frustration” by completing “sophisticated planning and forecasting for your business without needing to deal with complicated Excel or Google spreadsheets that are hard to modify, easy to make mistakes with, and take forever to get right.” Opstarts enables users to create plans and projections for fundraising and growth planning, generate monthly updates for company updates and board reports, and plan strategies and scenarios around pricing, marketing, and hiring.

Naminum came in first on Thursday, with 583 upvotes as of Monday. Naminum helps users to “discover a perfect company name” by inputting a word to generate names. The website explains that Naminum “is a company, startup and website name generator designed to make your namestorming sessions smoother.” Developer Kasperi Apell explains on Product Hunt that Naminum is “a little something that might help spark some ideas for you. If you’re anything like me, naming products/projects is a hours-long process where you draw together every related word and phrase you can possibly think of that might adequately describe or relate the purpose of your project and then try to see if it is possible to string them together or somehow transform it all to a good name. This hopefully makes it all a tiny bit more straightforward.”

Milk by Honey came in second on Thursday, with 263 upvotes as of Monday. Milk is an app “that takes the pain out of grocery coupons.” The app loads hundreds of digital coupons to the user’s grocery rewards card. Redeeming the coupons simply requires using the rewards card at checkout, and users don’t need to scan their receipts or show anything to the cashier. The app also enables users to browse and search all available coupons, and use them to create shopping lists.

Partytime came in first on Wednesday, with 580 upvotes as of Monday. Partytime is an app that lets users create “a party in your iMessage” by sending multiple copies of a message, because, as designer and developer Ryan Holmes says on Product Hunt, “Some things just need emphasis.” Holmes explains that he created Partytime “as a fun challenge to create a micro product in two weeks,” and will next look for “ways of taking it from fun to the actually useful side of things.”

Pomotodo came in second on Wednesday, with 252 upvotes as of Monday. Pomotodo combines two time management methods — the Pomodoro Technique and Getting Things Done, or GTD — to help users work more efficiently. Pomotodo includes tools for complete workflow management, and enables users to collect ideas, schedule projects, finish tasks, and review their history from an app that they can use across their devices. The app also works offline, and is available for iOS and Android, as a Chrome extension, and for Mac or Windows.

Zeplin came in first on Tuesday, with 611 upvotes as of Monday. Zeplin is a collaboration app for UI designers and front end developers, and enables users to turn their designs into specs and guidelines for developers, document properties of UI elements, generate automatic color palettes, and export code and resources for iOS, Android, and the web. Zeplin enables teams to keep all of their resources in one space, and Berk Cebi, one of Zeplin’s co-founders, explains on Product Hunt that “With Zeplin, we’re actually scratching our own itch, working for a world where designers and developers can collaborate with maximum efficiency.”

Alfred came in second on Tuesday, with 405 upvotes as of Monday. Alfred is an automatic service that pairs users with “organized, knowledgeable, intuitive people who handle all of life’s necessities: From groceries and dry cleaning, to tailoring and sending packages.” With Alfred, users can have their groceries, laundry, dry cleaning, house cleaning, tailoring, packages, pharmacy, and even special requests taken care of. The service aims to be “the first ever non-intrusive, recurring, in-home service that virtually everyone can use” and costs $99 per month. “Alfreds” are local residents who are carefully screened and background-checked, and they visit the user’s house twice per week: Once to take care of requested errands and then two days later to return cleaned or repaired items.

Sketch + InVision came in first on Monday, with 501 upvotes as of the following Monday. InVision’s integration for Sketch enables users to design in Sketch, saving designs as JPGs, GIFs, PNGs, or use Sketch source files; drag and drop designs to InVision or sync them with Dropbox, Box, or InVision Sync; create fully functional prototypes; gather feedback; and collaborate in real time. InVision chief executive Clark Valberg notes on Product Hunt that the integration is “Probably one of the top 5 most requested features ever,” and says that the company will give a free InVision account to every Sketch user.

Snapcash came in second on Monday, with 313 upvotes as of the following Monday. Snapcash enables users to send money using Square Cash through Snapchat. After users enter their debit card numbers, they are stored securely by Square, which will also process the payment and send the money to the recipient’s bank account. To use Snapcash, users just “swipe into chat, type the dollar sign, an amount (e.g. $11.25), and hit the green button.”

Ocean came in third on Monday, with 454 upvotes as of the following Monday. Ocean is a free-to-join community for designers to share feedback on each other’s projects. Founder Henry Boldizsar explains on Product Hunt, “When I first started out as a designer I lived in the ##design IRC channel. Whenever I just moved one small thing, I would post a screenshot to the chat. Most of the time people would ignore it but some of the time people would say, ‘oh, this part sucks, you need to move it’. That informed everything I know about design and is my inspiration for creating Ocean.”