2 Apple Watch Features That May Appear in the iPhone 6S 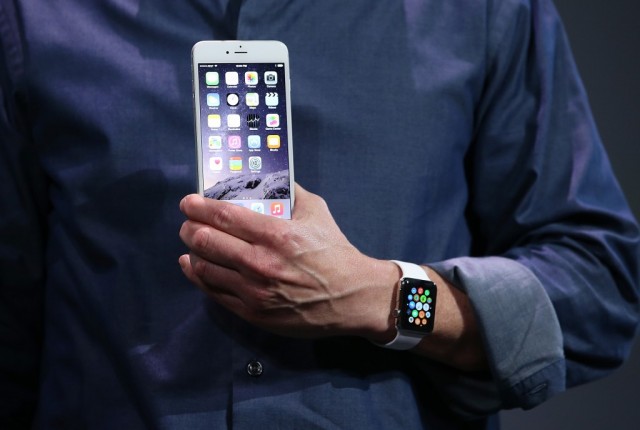 Despite the launch of Apple’s next-generation iPhone models being at least six months away, rumors about what features may appear on the devices have already started to circulate. Based on information gleaned from insider sources that spoke with Apple Insider, as well as other media reports, here are two technologies featured in the Apple Watch that will likely show up in this year’s iPhone models.

One of the most interesting interface features that Apple introduced on the Apple Watch was the so-called “Force Touch” technology. As explained on the company’s website, “Force Touch uses tiny electrodes around the flexible Retina display to distinguish between a light tap and a deep press, and trigger instant access to a range of contextually specific controls.”

In other words, Force Touch adds a third dimension to the traditional two-dimensional touchscreen interface. Along with the Digital Crown navigation feature, Force Touch was Apple’s attempt to overcome the limitations presented by the Apple Watch’s relatively small screen. Just like the Digital Crown replaces the “pinch-to-zoom” and other multi-touch gestures that are difficult to execute on a smaller screen, the Force Touch compensates for the device’s limited screen estate by providing a new input option that is based on pressure.

Although Force Touch technology was developed for the Watch’s smaller screen size, both the iPhone 6S and the iPhone 6S Plus will feature the Force Touch feature, according to Apple Insider’s insider sources. It should be noted that the sources claimed that both the upcoming iPhone models will maintain the 4.7-inch and 5.5-inch screen sizes that Apple introduced on last year’s models. 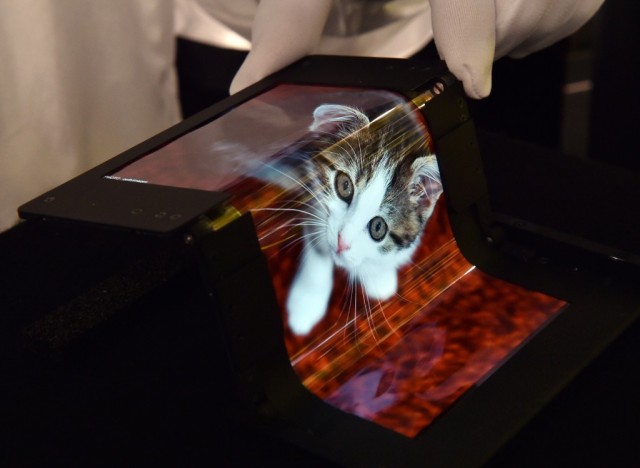 Although Apple has not revealed what kind of display it used in the Apple Watch, the pressure-sensitive Force Touch technology would likely only work with an organic light-emitting diode (OLED) display. Unlike the rigid LED displays used in the current iPhone models, OLED displays can be fabricated on a thin plastic substrate that can flex under pressure. This was affirmed by OTI Lumionics CEO Michael Helander in a recent interview with iDigitalTimes.

“It is very likely it is an OLED screen made on plastic,” Helander told iDigitalNews. Besides having the flexibility that would seem to be necessary for the Force Touch feature to work, Helander noted that Apple product designer Jony Ive has made comments about the qualities of the Apple Watch’s display that appear to align with the characteristics of OLED screens. For example, in an interview with The New Yorker, Ive noted that the “Apple Watch uses a new display technology whose blacks are blacker than those in an iPhone’s L.E.D. display.”

“That’s just a natural characteristic of OLED that has been there since day one when the first generation of OLED display started to appear in cell phones five or six years ago,” explained Helander. Finally, the OTI Lumionics CEO noted that the thinness and lightness of OLED displays makes the technology ideally suited for small devices like smartwatches. Assuming that an OLED display is a necessary component for the Force Touch technology, it follows that Apple would have to replace the iPhone’s LED displays with OLED displays as well. 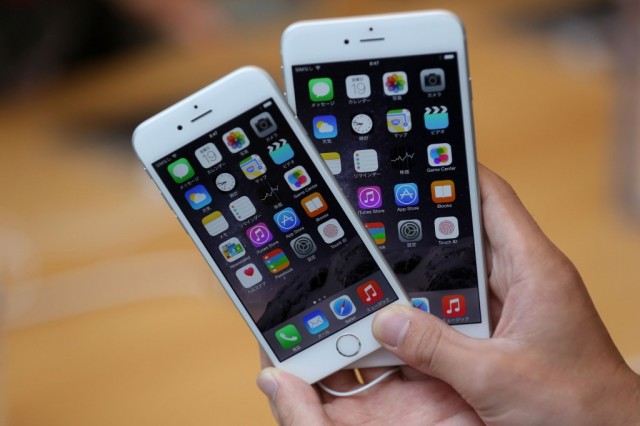 Other iPhone 6S and 6S Plus features

Besides claiming that the next-generation iPhone models may include Force Touch, Apple Insider’s sources also quashed two older rumors that have been circulating about the devices. As reported by Tech Cheat Sheet in December 2014, there were rumors from Asian supply chain sources that Apple was planning to introduce a new 4-inch iPhone model in order to give an updated option to consumers that prefer a smaller screen size. According to Apple Insider’s sources, while another pair of 4.7-inch and 5.5-inch models will debut this year, a new 4-inch model is not currently in the works. However, the sources didn’t rule out the possibility that Apple might introduce a 4-inch model at a future date.

Finally, Apple Insider’s sources also dismissed claims that this year’s iPhone models would feature a new type of dual lens camera system. Last November, an insider source cited by Daring Fireball blogger John Gruber predicted that the next-generation iPhone would feature a “weird two-lens system where the back camera uses two lenses and it somehow takes it up into DSLR quality imagery.” The implementation of this system would likely require a major redesign of the chassis, which will not be happening this year, according to the sources.

More information about the Apple Watch’s features may be revealed at the company’s upcoming media event on March 9. On the other hand, details about the next-generation iPhone models will not likely be confirmed until September.