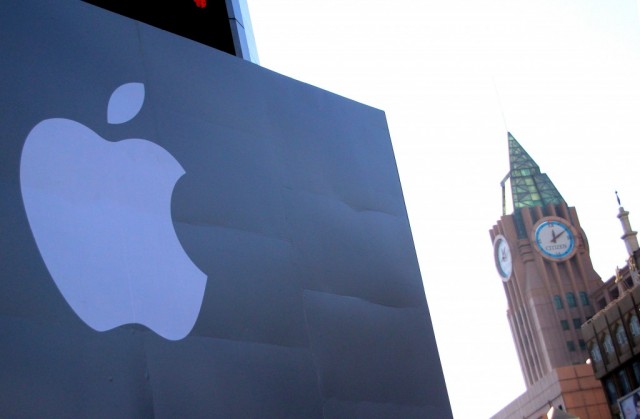 Despite Apple’s much-hyped media event taking place in just one day, new leaks and rumors about what exactly will be revealed are still surfacing on the Internet. Several of the latest leaks are videos out of Asia that purport to show working models of the 4.7-inch iPhone 6 and the iWatch. Other rumors appear to confirm that Apple’s next-generation iPhone models will indeed feature sapphire-covered screens. While the truth of these leaks and rumors will undoubtedly be hotly debated up until the moment that Apple actually unveils its new products, here are the three biggest Apple rumors that have emerged over the weekend.

1. Apple’s iPhone 6 will have a sapphire screen

[Update: Apple made no mention of sapphire for iPhone 6 screens, but it will include them in Apple Watches.]

Several new reports appear to suggest that Apple will indeed be implementing sapphire-covered displays in the iPhone 6 models. According to an unnamed U.S.-based repair company owner contacted by CultofMac, almost all of the parts used for the 4.7-inch model of the iPhone 6 can now be easily obtained, including the device’s display. “The iPhone 6 definitely has sapphire glass,” the anonymous repair company owner told CultofMac. “I am in possession of iPhone 6 display assemblies if you need any.” On the other hand, the source noted that parts for the 5.5-inch iPhone 6 model have been harder to obtain, which suggests that the rumors of a delayed or limited launch of the larger model may be true.

The repair company owner’s claims about sapphire appeared to be bolstered by a separate report from MacRumors on Sunday. According to a LinkedIn profile page for former GT Advanced Technologies product manager Paul Matthews, Apple has plans to implement sapphire screens across its mobile devices. While the LinkedIn page has since been taken down, MacRumors noted that Matthews claimed to have helped convince Apple to use “sapphire as a cover screen for mobile devices.”

Although Matthews does not specify the mobile devices that will use the sapphire covers, the scale of the plant’s output would suggest that Apple’s use of sapphire would extend beyond just the iWatch. The significant production capabilities of the sapphire manufacturing plants used by Apple has been well documented by PTT Research analyst Matt Margolis, who has long claimed that the many of the next-generation iPhone 6 models will come equipped with sapphire-covered screens.

[Update: This may not have been a real model, but Apple’s larger model iPhone 6 Plus is now confirmed.]

In a video highlighted by 9to5Mac, a Mandarin-speaking reviewer demonstrates what appears to be a fully functional 4.7-inch iPhone 6 model. According to a translation of the video provided by 9to5Mac, the reviewer noted that the device was surprisingly light and seemed to operate faster than the iPhone 5S. The reviewer also noted that, despite the increase in screen size, the iPhone 6 was still easy to operate with one hand. Other notable features seen in the video include a slightly protruding camera lens that was seen in earlier component leaks.

However, perhaps the most interesting feature shown on the iPhone 6 was the altered Passbook icon on the device’s home screen. The Passbook icon now includes what appears to be a tab for storing credit cards. This would align with the many rumors about Apple’s development of a mobile payments system that will enable the iPhone to be used as a digital wallet.

[Update: This is not Apple’s watch. However, Apple did announce the Apple Watch, which shares it’s style more with the other smartwatches on the market and less with the bracelet style seen in the video above.]

Last, but certainly not least, a video that purports to show Apple’s fabled wearable tech product was recently posted on China’s Youku video hosting website. The video was first highlighted by YouTube user Ernie Varitimos. The video shows a sleek wrist-worn device that doesn’t appear to have any noticeable gaps between the display and the wristband, although hinges or some other type of connection points can be seen on the side of the metal-framed chassis. The so-called “iWatch” also appears to have a Touch ID fingerprint scanner and a side-mounted button.

When activated, the device displayed the time, date, weather forecast, and stock market information. In the upper corners of the display are also what appear to be Wi-Fi and battery icons. While it is impossible to verify the authenticity of the device shown in this video, it certainly appears well-crafted enough to pass as a genuine Apple product.

The legitimacy of these leaks and rumors should be settled when Apple kicks off its media event at 1 p.m. Eastern time on Tuesday, September 9. Apple will be livestreaming the event from its website and The Cheat Sheet will provide coverage of all the announcements.