Considering that Apple and Google are the two biggest rivals in the smartphone platform market, it was no surprise that Google unveiled several upgrades in Android L that are intended to help the operating system maintain its competitive edge against iOS. Many of the Android upgrades were related to a new design language that Google introduced called “Material Design.” Like the design overhaul that Apple’s iOS 7 underwent last year, Google’s Material Design upgrades appeared to be aimed at giving Android a simpler, minimalist appearance.

Google’s I/O conference also revealed that it was expanding its rivalry with Apple far beyond the mobile operating system market. Many of the announcements made by Google centered on technologies that will directly challenge Apple in various markets that it has recently entered or plans to enter in the near future. Here are three areas where Google is challenging Apple for market dominance. 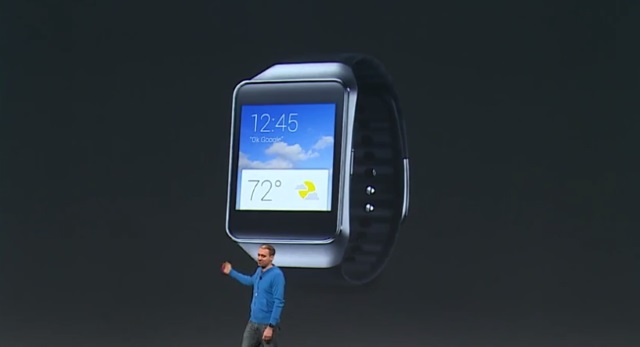 Apple’s interest in wearable tech may be the worst kept secret in the iPhone maker’s history. While Apple has yet to confirm the existence of its rumored iWatch, the device is widely expected to be released this October. On the other hand, Apple did unveil HealthKit at its recent WWDC. HealthKit is a health data repository that will store any data related to health, exercise, and diet that is collected by Apple’s Health app or other third-party apps. It is widely believed that this platform is intended to work in conjunction with Apple’s upcoming health-monitoring iWatch.

However, the I/O conference showed that Google is prepared to challenge Apple in the overall wearable tech market as well as the health-monitoring field. Besides announcing more smartwatches that will use the wearable tech-optimized Android Wear platform, Google also announced Google Fit, its own fitness and health tracking platform that is similar to Apple’s HealthKit. Samsung (SSNLF.PK) will soon release a new Android Wear-powered smartwatch, while Google also revealed that the highly anticipated Moto 360 smartwatch from Motorola will be launched later this summer. Beyond the devices’ health and fitness tracking capabilities, Android Wear-powered smartwatches will also notify users of incoming messages, provide reminders, and issue contextual notifications. 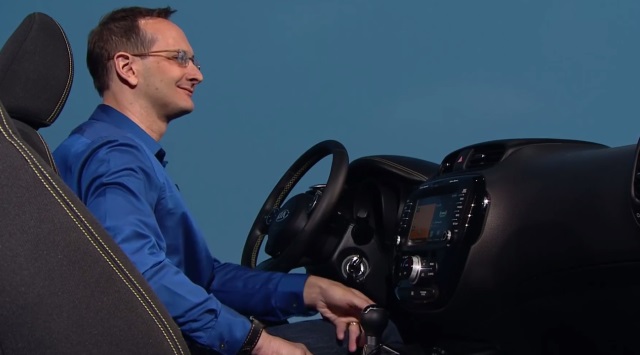 While Google’s interest in self-driving cars is well-known, the company is also entering another car-related market where it will compete head-to-head against Apple: the in-vehicle device integration system market. Like Apple’s CarPlay, Android Auto will allow users to run their Android smartphone apps on a vehicle’s in-dash screen. Whereas Apple’s CarPlay uses Siri to provide users with a hands-free method for making phone calls and sending text messages, Android Auto will feature Google’s own proprietary voice-activated control system that appeared to essentially function as an in-vehicle Google Now.

One of the other major features of Android Auto will be its ability to provide drivers with customized directions based on their previous driving habits. Like Android Wear, the Android Auto system also specializes in providing contextual notifications. For example, the system might remind you to refill your car when you are near a gas station. While Apple announced sixteen automakers with plans to debut cars with built-in CarPlay compatibility, Google revealed at its I/O conference that it already has over 28 automaker partners that will begin shipping Android Auto-equipped cars by the end of 2014.

Google is also throwing down the gauntlet to Apple in the Internet-based television market. At the I/O conference, Google showed off its recently rebranded Android TV platform as a direct competitor to Apple’s video-streaming Apple TV set-top box. While Android TV can be run through a traditional set-top box like the Apple TV, Google also announced that Sony (NYSE:SNE) will be installing the platform in television sets that will be released later this year, while Sharp and Philips (NYSE:PHG) will release models in 2015. Unlike Apple TV, Google’s Android TV can also function as a gaming device with the use of an Android smartphone, tablet, or even an Android-compatible dedicated gaming controller.

Alongside its revamped television platform, Google also announced several enhancements for its Chromecast dongle that allows users to display content from a Chrome browser on a television set. A new upgrade will allow Chromecast users to mirror content displayed on their Android-powered smartphones or tablets to a television set. This brings Google’s Chromecast up to par with the Apple TV device, which already offered the ability to mirror content from any iOS device via AirPlay. Another update will allow users to stream to the Chromecast dongle without being on the associated Wi-Fi network.

Apple and Google have vastly different philosophies when it comes to designing software. Apple has traditionally maintained a tight control over its software in order to keep it seamlessly integrated with its hardware. On the other hand, Google’s open source approach seeks to dominate markets by making its software as widely available as possible. However, Google’s I/O conference revealed that the maker of the world’s most popular mobile operating system is increasingly interested in enhancing the seamlessness between its varied Android-powered devices. In this sense, Google’s overall approach to consumer electronics — not just its mobile operating system — will bring it more directly into competition with Apple for customers that want a seamless user experience for all their devices. With new opportunities opening up in the wearable tech, automotive, and television markets, it appears that the fierce competition between these two longtime rivals will not be letting up in the foreseeable future.