3 Ways Amazon and Apple Are Simplifying Tech in a New, Old Way 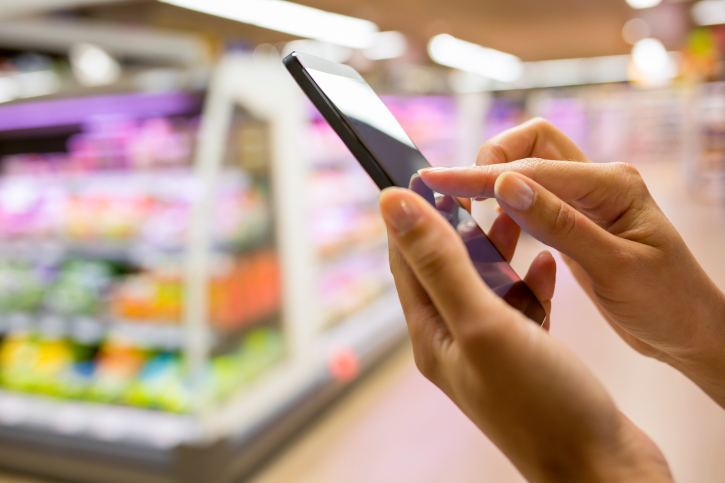 It’s hard to deny that the technology that we carry in our pockets has gotten increasingly capable, sophisticated, and complicated as manufacturers compete for their share of the smartphone market and devices grow slimmer, sleeker, more packed with features and equipped with access to millions of apps and services.

While well-designed user experiences can seem simple, sometimes you want to get back to the basics, and revisit the reason why we thought mobile phones were a good idea in the first place: to communicate with each other by voice, regardless of where in the world we are. And though the capability to make voice calls hasn’t gone anywhere, it’s gotten a little bit buried under all of the other features that the typical smartphone offers: messaging apps, social networking services, video chatting, and platforms to share photos, videos, thoughts, and links.

A guest post on VentureBeat, by Invoca’s Eric Holmen, notes that “the mobile phone has evolved from a portable telephone to a personal digital assistant to a device for consuming nearly anything.” Amid an assortment of other, flashier features, Amazon (NASDAQ:AMZN) Apple (NASDAQ:AAPL) are looking are looking to reclaim the smartphone’s status as a phone, its ability to simply and quickly connect two people in conversation.

Both companies have recently unveiled features that go back to the basics of one-on-one interactions. Their new features, whether for the Fire Phone or the iPhone, make it easier for users to simply talk with another human being, rather than communicating via device-mediated modes like messaging apps and social networks. Here are three features that you should make note of; they might come in handy the next time you want to step away from the internet for a moment and talk to a real person. 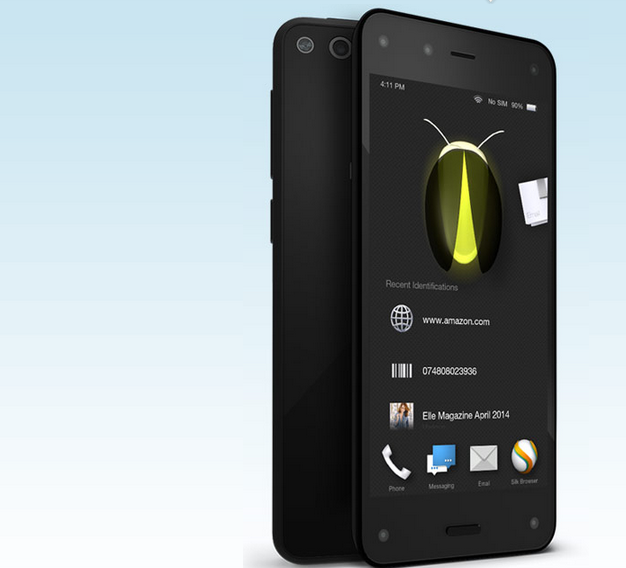 The Firefly technology on Amazon’s newly-introduced Fire Phone seems a product of a world in which information about anything is available online. By pressing a button, Fire Phone users can wake the tech that recognizes movies, music, URLs, email addresses, products — and phone numbers. In addition to identifying what music’s playing or what brand a printed ad was run by, Firefly can look at a poster or a magazine and enable the user to make a phone call to the business.

2. Talk to a real person with Amazon’s Mayday

Mayday was one of Amazon’s most talked about features with the introduction of the Kindle Fire HDX. The idea — for the user to press a button and be connected to a real, live “tech advisor” or human being – is antithetical to modern customer service practices of automated call systems and long wait times. Amazon brought the feature to the Fire Phone, as well, where advisors can draw on the screen, step users through any feature, and help troubleshoot any issue that arises.

The idea is for the service to mimic the experience of having someone next to you to guide you through a feature or a problem, and it prevents users from getting stuck in the loop of emailing customer service, sifting through forums, or trying to sort through an issue in an online chat. 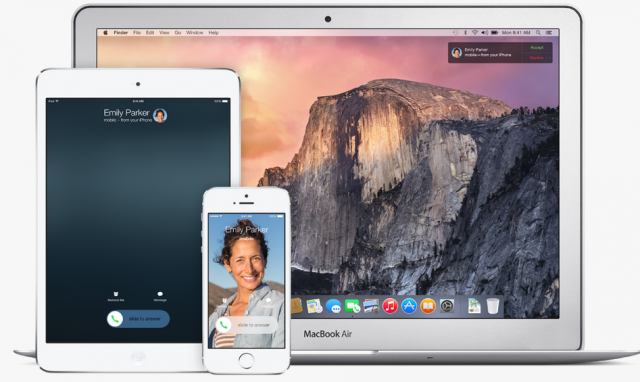 At Apple’s Worldwide Developers Conference, the company introduced new continuity features to integrate experiences between OS X Yosemite and iOS 8. With a feature called Handoff, a user can start composing an email on his iPhone and then finish it on his Mac. By signing in to the same iCloud account on each of their Apple devices, users can move among the iPhone, iPad, or Mac with tasks in Mail, Safari, Pages, Numbers, Keynote, Maps, Messages, Reminders, Calendar, and Contacts.

Additionally, users can make or receive calls on any of their Apple devices as long as their iPhone, running iOS 8, is connected to the same WiFi network as the Mac or iPad. From a Mac or an iPad, users can make voice calls by tapping or clicking a phone number in Contacts, Calendar, or Safari, which makes it easier to talk one-on-one from any device.

VentureBeat notes that Apple’s move to support voice conversations across devices is a response to a larger trend in consumer preferences: “According to Google, 70% of mobile searchers have used the call button to connect with a business from the search results page. Apple is bringing this capability to desktops and laptops, allowing consumers to hop from online to offline interactions with the click of a button.”

VentureBeat also points out that there are some tasks that users would prefer to perform offline (at least some of the time). “Consumers don’t want to do everything online — they want the option to pick up the phone and call. BIA/Kelsey projects that by 2018, mobile search will generate 73 billion calls. This is particularly important for brands considering that conversions from local, mobile search happen over the phone 39% more often than they do online, according to a study by comScore, Neustar Localeze and agency 15 Miles.”

The idea is important both for retail and for tech companies, who need to respond to consumer demands to differentiate their products. It seems counterintuitive that a flashy new smartphone could make it easier for you to go back to the most basic function of a phone — the voice call. But both Apple and Amazon are responding to the needs of users who want a simplified communication experience, and an easier way to talk to a person instead of a device.

Amazon’s Firefly and Mayday, plus Apple’s continuity features are part of the companies’ move to make communication a seamless and multi-channel experience that goes wherever you — and your devices — do.