Unless you’re already heralded as the next Albert Einstein, inventing a new product can be a difficult task. It’s difficult to catch the eye of potential investors, and often can be hard to move from the phase when you’re scratching on napkins to the point where you’re marketing a finished product. But a wave of crowdfunding resources is beginning to make the dreams of inventors everywhere a little more possible, sweeping in with the digital age and promising to change the way new inventions hit the market.

Is it the digital-age equivalent of the Renaissance? It’s a little too early to tell. But start-ups like Local Motors, the Maker Movement, and New York City-based company Quirky are giving inventors the tools they need to push their idea through to production, while also offering support that traditionally isn’t available.

The movements build off of some principles from online crowdfunding sites like Kickstarter and Indiegogo, in which creatives pitch their idea for a product and the public rallies behind them, donating money until the creator receives the necessary start-up funds. Or the public doesn’t think the project is worth pursuing, and the product dies from lack of funds. But unlike those sites, these three organizations support the creatives from start to finish.

Many businesses are slow to use crowds, or the public at all, in their creative and innovation processes. But according to the Harvard Business Review, “…excluding crowdsourcing from the corporate innovation tool kit means losing an opportunity.” Many companies are hesitant to reach out to crowds for input, mostly because they go against the traditional makeup of a corporate structure, HBR says. But that can in turn be a good thing for companies looking to improve: While companies are well-coordinated, crowds are loose and decentralized, exposing potential problems or needs to a diverse group that can approach a new creation or solution from a variety of angles.

The publication provided several examples of when larger, established companies could use crowds to develop new products, solve medical problems, or be a part of a team to find new solutions. But there are several companies created based solely around the idea that crowds hold the answers for a wave of new inventions. Let’s take a look at the work of three companies and movements in particular.

Quirky directly votes on pitched projects in weekly “product evaluations,” which are held in person in New York City but also viewed via webcast by the public and thousands of community members. If products are accepted and are successful, they move down Quirky’s pipeline to where the idea is developed, made into a prototype, created to sell, and marketed. In the case of Quirky’s most popular product to date, an adjustable power strip called Pivot Power, the company secured a patent and listed its initial creator, Jake Zien, as the lead inventor.

According to the company’s website, Quirky has brought more than 400 projects to life from their initial brainstorm phases, and has a community of almost 1.1 million inventors and community members who vote on products they’d like to see produced and give suggestions along the way to make products better. It’s a giant think tank of creativity, and it’s gaining massive attention from companies like General Electric and others.

For the most part, the company’s inventions so far have been what you’d find on the end caps at Bed Bath & Beyond or other home stores: A desktop cord manager, a wine chiller and aerator combo, an egg separator, and Pivot Power are all some of its most popular products. But the company has also ventured into the Internet of Things realm, in which they’re creating “smart” devices that control your garage door, your thermostat, and your home’s power usage from your smartphone. It’s those sorts of devices that have caught GE’s attention the most, and 2015 will usher in a new phase for the company.

In February 2015, CEO Ben Kaufman laid out the new direction at the company’s annual town meeting, again a mix of an in-person gathering and a webcast. The company will be partnering with several larger companies that already have the infrastructure to produce projects on a large scale. Ideas that start within Quirky will have a “powered by Quirky” tagline on the products when they’re sold, but it will be under the name of the larger manufacturer. GE, for example, will “own” the lighting category, and could potentially develop any lighting idea submitted to the website.

In a redesign of the website launching March 18, the company will reformat the submission process to include more details, and will still give the original creator the chance to control 80% of the “influence” (read: cut of the final product) during the creation process. The difference is that larger “partner” companies will be able to develop the ideas on a much bigger scale, with manufacturing tools they already have. Quirky, however, will continue to control all aspects of three development ideas, including appliances, electronics, and its connected home division. 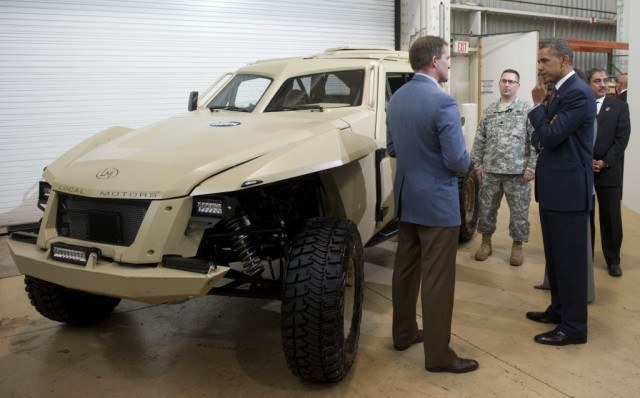 Headquartered in Phoenix, the company seeks to create a global network of microfactories to produce vehicles designed, perfected, and built by collaborators, or “community members,” from 130 countries around the globe. But the cars will be created with local interests in mind, and take raw ideas and turn them into the vehicles featured in Transformers: Age of Extinction.

Like Quirky but for vehicles, the company’s website has a host of pages dedicated to certain aspects of the design process. Collaborators can navigate to certain areas that include brainstorms, designs, group challenges, and more. There’s also a section where people can upload personal projects and work on them, but in a more collaborative environment. Essentially, the entire company structure moves research and development from some highly expensive, secret warehouse to an open market of ideas online.

Its community is made up of “enthusiasts, hobbyist innovators, and professionals. We are designers, engineers, and makers,” according to the website. From the design phase, the company takes the developed ideas and uses 3D printing technology, among other processes, to create the finished vehicles. GE has begun partnering with the company, too, in a setup similar to the its relationship with Quirky. In its FirstBuild initiative, GE and Local Motors are transferring the vehicle production model to that of appliances for the Fortune 500 company. 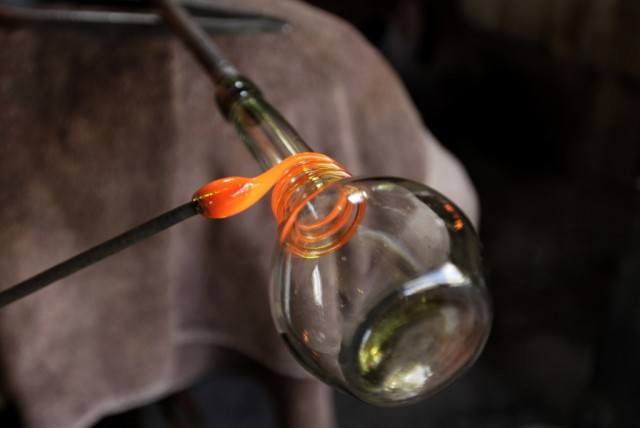 The Maker Movement isn’t a particular company, and it’s not for one type of product. Instead, it’s a sort of grassroots movement that includes more than 135 million people in the United States alone. Makers seek to take back the enormous manufacturing industry by creating and selling products themselves. Websites such as Etsy, for example, are great platforms where people market their wares.

The strength of the Maker Movement is that startups can happen organically, and quickly, as people begin to collaborate or create based on their ideas. They’re not reinventing the creative process, but the tools necessary to create and market their products are not only more accessible, but also more affordable. Local Motors is actually one of the success stories to come from the Maker Movement, and it’s a style of creation that’s capturing the imaginations of people from all walks of life with a DIY attitude.

The Maker Movement isn’t just for professionals looking to create something on the side. Teachers are also getting in on the action, encouraging their students to become global problem-solvers and use the vast array of tools at their disposal. Teachers are able to provide their students with opportunities to learn by trial and error, and are seeing that creative minds can create amazing products, no matter their age. “Doing” is what matters, according to the website We Are Teachers. “Giving students time to brainstorm, invent, design, and build — and then time to fix mistakes, improve, test, and improve again is crucial,” the authors write.

With all three of these movements and specific companies, the driving force for innovation comes from a community of individuals, not a research and development team squirreled away in a vacuum. Many of the ideas, products, and entire business models are in nascent stages, only beginning to show their potential. But with the right momentum, they have a shot of offering the world alternatives to what’s created in large manufacturing settings.