4 Lawsuits Against Apple That Could Get You Paid

Apple is a tech company that has built its success on creating high-quality electronic products that are elegantly designed and easy to use. While the company’s most successful products — such as the iPod, the iPhone, and the iPad — have spawned countless imitators, Apple has still been able to charge more for its products than its competitors because its customers are willing to a pay a premium based on their trust in the Apple brand.

However, even companies with reputations for exceptional service and quality like Apple will occasionally have a misfire. Apple is currently entangled in multiple lawsuits brought by consumers and regulators over various problems with its services and products that customers allege were not properly addressed by the California-based company. Naturally, many of these lawsuits seek to rectify Apple’s misdeeds with monetary payouts. Presumably the millions of dollars in lawyers’ fees and damages awards that Apple must pay in some of these cases — not to mention the associated negative publicity — will encourage the company to be more vigilant about preventing similar problems from occurring in the future.

While none of these lawsuits is likely to result in any major payouts to individual consumers, it may still be worthwhile to apply for compensation if you are an Apple customer who has been affected by any of these issues. With that in mind, here are four ongoing lawsuits and one investigation that may result in Apple making monetary payouts to consumers. 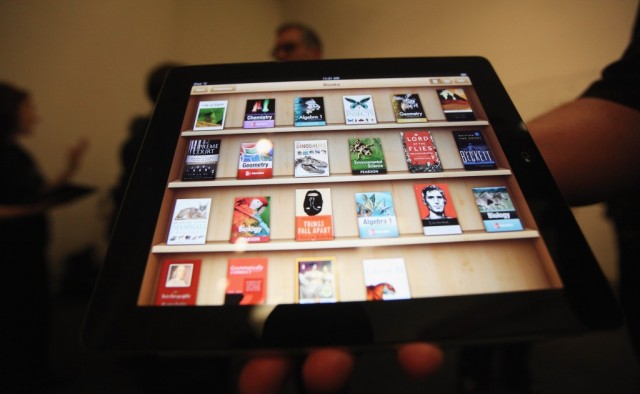 Last year, the U.S. Department of Justice filed an antitrust lawsuit against Apple that claimed that the company played a key role in a price-fixing scheme that raised the cost of e-books. In that case, U.S. District Judge Denise Cote found that the Apple coordinated use of agency model contracts with five publishers to counter Amazon’s policy of selling e-books at a standard price of $9.99. As noted by Bloomberg, Apple was facing potential damages claims of up to $840 million as a result of this lawsuit.

However, in November 2014, Judge Cote approved a settlement deal that hinges on the success of Apple’s appeal of the court’s original liability finding, reports Publishers Weekly. Under the terms of the settlement, Apple will pay $50 million to the lawyers who litigated the case and $400 million to consumers if the appeal fails. On the other hand, if the appeals court vacates the liability issue and sends the case back to Judge Cote, Apple will pay just $20 million to lawyers and $50 million to consumers. A third, but less likely, possibility would be that the entire case is thrown out and Apple pays nothing.

According to Publishers Weekly, approximately 23 million customer accounts are eligible for any potential payout from Apple. This means that if Apple is forced to pay the full $400 million amount, each consumer account will receive a check or credit for about $17. According to the official website for the Apple e-book settlement, you will automatically be included in this lawsuit if you purchased an e-book from Apple during the time period from April 1, 2010 through May 21, 2012. You should receive an email or postcard notice about your compensation after Apple exhausts its appeals.

However, the appeals process could take a while. Although the Second U.S. Circuit Court of Appeals is scheduled to hear Apple’s initial appeal on December 15, the case could potentially be appealed all the way to the Supreme Court. If you would like more information about this lawsuit please refer to the State Attorneys General and Class Counsel Apple E-books Settlement website. 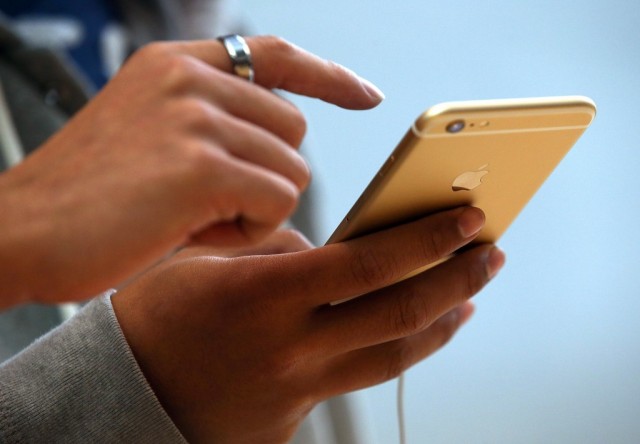 Another lawsuit that is currently working its way through the courts involves a long-running problem with with Apple’s proprietary iMessage service. As noted by Tech Crunch, soon after Apple first introduced iMessage in iOS 5 in 2011, it emerged that users who switched from an iPhone to a non-Apple device were unable to receive SMS or MMS messages sent from other iPhones. This was due to a glitch in iMessage that kept former iPhone owners’ phone numbers linked to their defunct iMessage accounts.

Several former iPhone owners filed separate lawsuits in May of this year that claimed Apple violated various laws by allowing the problem to continue for so long. Both lawsuits also sought class action certification, since the issue affected so many consumers. It should be noted that Apple only recently released a new Web-based tool that allows former iPhone owners to deregister their numbers from the iMessage service so that they can receive texts from other iPhones.

In November 2014, U.S. District Judge Lucy Koh consolidated the lawsuits and requested an amended complaint, reports Tech Crunch. While the plaintiffs in both lawsuits are seeking monetary restitution from Apple, other affected consumers won’t know if they are eligible for a payout until mid-2015, when Judge Koh addresses the class action certification issue. 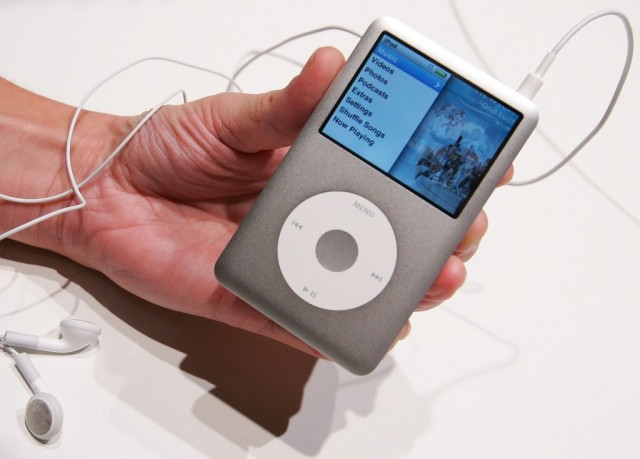 This ongoing lawsuit accuses Apple of violating antitrust laws in the way that it implemented its digital rights management (DRM) technology on its iPod digital music player. In papers filed with the court, lawyers for the plaintiffs alleged that Apple violated antitrust laws by raising “the cost of switching from iPods to competing portable digital media players by eliminating the ability of consumers to collect a library of downloads that could be played on all players.” According to the plaintiffs, Apple’s software modifications effectively locked in users to the iPod, giving the company a monopoly that allowed it to overcharge for its media player. On the other side, Apple argued that it was necessary to block the iPod from playing songs that didn’t come from the iTunes Store because of its contracts with the record labels.

The class action lawsuit involves around 8 million consumers who purchased “iPods directly from Apple between September 12, 2006 and March 31, 2009.” The plaintiffs are seeking $350 million in damages, which could be tripled to over $1 billion under antitrust law. Although the case is currently moving forward in a federal court in Oakland, California, it was nearly derailed earlier this month when the two original plaintiffs in the case were disqualified for not having purchased iPods within the relevant class period, reports Bloomberg. However, U.S. District Judge Yvonne Gonzalez Rogers is now allowing the case to proceed with a new lead plaintiff.

According to The Wall Street Journal, a jury may start deliberating a verdict in the case as soon as next week. However, even if Apple loses the case, it will likely be months, if not years, before any restitution is paid to eligible consumers. 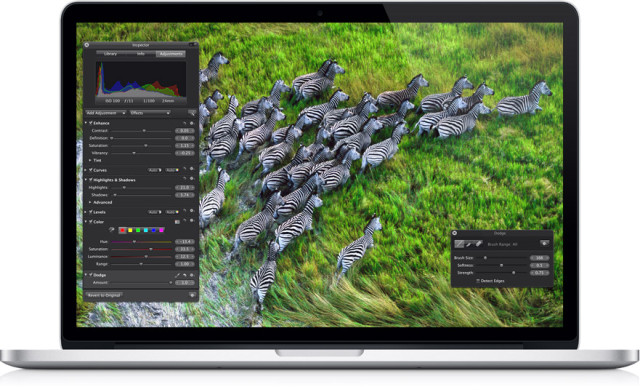 In October 2014, several plaintiffs filed a class action lawsuit against Apple in California federal court over defective graphics chips used in the 15-inch and 17-inch MacBook Pro models sold in 2011. As stated in the complaint filed with the court, “Just days after these laptops went on sale, consumers worldwide began reporting to Apple that the 2011 MacBook Pros suffered from random bouts of graphical distortion, system instability and system failures.” According to the complaint, the problem stemmed from a lead-free solder that Apple used to connect the graphics processing units (GPUs) to the main circuit board. While the lead-free solder is more environmentally friendly, it is also more susceptible to cracking and other problems.

Although the 2011 MacBook Pro problem appeared to be similar to a problem that plagued the 2008 MacBook Pro, Apple refused to issue a recall for the 2011 models like it did for the 2008 models. Instead, Apple issued several ineffective software patches and logic board replacements that failed to solve the underlying problem. As a result, many 2011 MacBook owners had to make out-of-pocket payments for repairs or entire laptop replacements. The plaintiffs are seeking funds for repairs or replacements of the defective MacBook Pros, as well as “an amount of actual, statutory, and punitive damages, and restitution in an amount to be determined at trial.”

According to a press release, the law firm of Whitfield Bryson & Mason LLP filed the class-action lawsuit in the U.S. on behalf of residents in California and Florida. However, the law firm has provided a survey form for consumers as it continues to investigate similar cases across the country. A nearly identical lawsuit over the same issue was filed in Canada in December 2014 by the Lex Group Attorneys legal firm, reports 9to5Mac. Apple has yet to publicly comment on either lawsuit.

Besides the four ongoing lawsuits outlined above, Apple is also facing the possibility of a fifth lawsuit in Canada. Canada’s Competition Bureau filed documents with the Federal Court of Canada this week that revealed Apple is under investigation for possible antitrust law violations, reports Reuters. “The contractual obligations (with the carriers) may therefore increase the price Canadian consumers have paid, are paying or will pay for handset devices and wireless services,” stated the bureau’s affidavit obtained by Reuters.

While this investigation has not yet resulted in a lawsuit being filed against Apple, it has the potential to become yet another case in which Apple may have to pay consumers for its anticompetitive behavior. According to Reuters, the bureau’s investigation is stretching back to 2008, when the iPhone was first introduced to Canada.