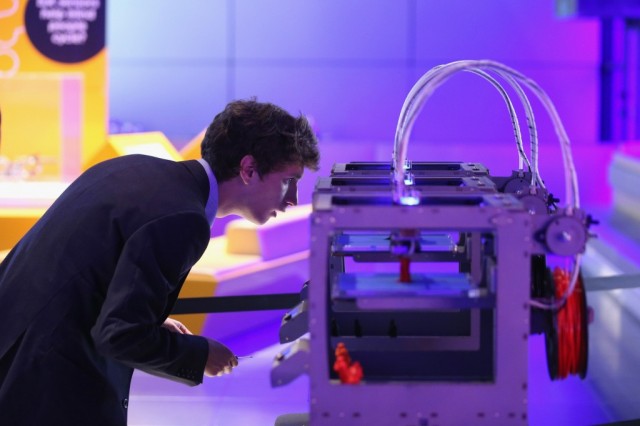 According to the 2014 edition of the Wohlers Associates annual report (via The Motley Fool), which is considered the industry’s bible on 3-D printing, there are approximately 400 to 600 3-D printer brands available in the $200 to $5,000 price range. That number is not surprising: With its focus on customized products and innovative materials and technology, 3-D printing is poised to transform our world.

Yet not much is known about 3-D printers. This is due to two reasons.

First, 3-D printing still has a long way to go to become consumer-friendly. The personal computer revolution occurred only after a killer application — spreadsheets — was invented for the device.  A corresponding application that would make 3-D printers irreplaceable to businesses and consumers is absent.

The second reason 3-D printers are not popular with consumers is their operational complexity. Paper-based printers are fairly simple to maintain and operate because the machine’s complexity lies under its hood. In comparison, 3-D printers have a complicated set of fixtures and investments, ranging from build areas to materials to 3-D scanners and configurations.

Still, 3-D printers made tremendous progress in 2014. Here are four 3-D printer items that you can expect to hear more about in 2015. 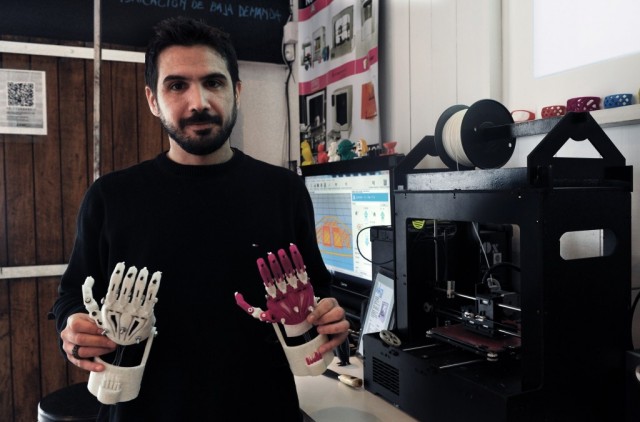 1. Printing your own organs and prosthetic body parts

In recent years, 3-D printer applications in the medical industry have emerged as radical use cases for the technology.

Publicly listed 3-D bio-printing company Organovo has made progress in this field; in the meanwhile, 3-D printed body parts have already become a reality. Earlier this year, robotics manufacturer Ekso Bionics partnered with 3D Systems, a pioneer in the 3-D printing industry, to design an exoskeleton for Amanda Boxtel, a former competitive skier left using a wheelchair after a skiing accident.

Over the years, 3-D printers have pushed technological and biological boundaries. Oxford Performance Materials, a Connecticut-based materials firm, designed a new skull using polyetherketoneketone, a material that encourages bone growth. The skull was applied to a man who had lost 75% of his cranium, CNET reports.

2. Wearing (and protecting yourself) with 3-D printed fashion wear

The technology, which has become popular in the past few years, instils interactivity and intelligence into fashion. These printers take the promise of wearable tech a step further because they enable experimentation of materials and sensors.

For example, CNBC reports that Belgian designer Anouk Wipprecht collaborated with semiconductor chip giant Intel to design the Spider dress, a 3-D printed wearable garment. The dress, which is fitted with sensors, reacts to proximal movement. Thus, it defends its wearer if it detects aggressive and rapid movements. It has the opposite effect and makes suggestive movements, when it detects favorable motion. 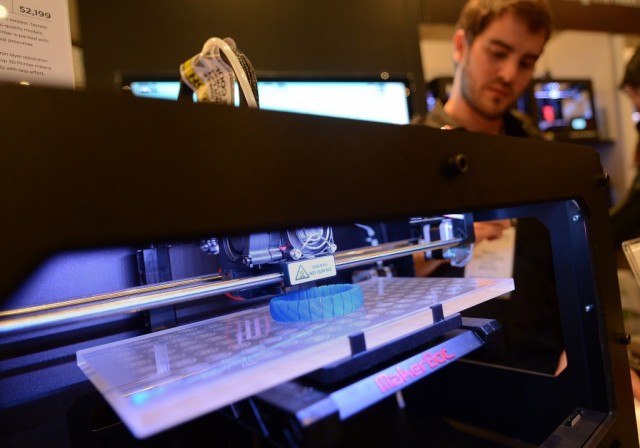 3. Seeing and hearing the world through 3-D printed products

Three-dimensional printed fashion may be an unaffordable stretch for some consumers, but 3-D printed fashion accessories and health products have already become mainstream.

The eyewear and hearing aid industries are excellent examples — the eyewear industry hasn’t seen much innovation since Benjamin Franklin invented bifocals. Mass-designed frames, which take into account general, rather than specific, profiles of customer faces, are still the norm in the industry. The argument goes that custom eyewear, which requires significant investment in effort and resources, is expensive and time-consuming.

With its focus on custom creations and innovative materials, 3-D printing could change that. Startups and established eyewear players alike are experimenting with 3-D printing to streamline manufacturing processes and innovate with new materials.

If things go well, the eyewear industry might soon follow the hearing aid industry, in which approximately 90% of the world’s hearing aids are made using 3-D printers. The technology has streamlined manufacturing processes and cut down development times. More importantly, it has enabled the customization of hearing aids at a level that was previously unimaginable.

Last year, 3-D printed rooms became possible (link to YouTube video). This year, 3-D printed homes were in vogue as a slew of Chinese and European construction firms led the charge. A Chinese construction firm, Winsun, 3-D printed 10 single-story homes in less than 24 hours, as shown in a video brought to attention by ArchDaily. The structure resembled a prefabricated home and consisted of individual panels measuring 10 meters by 6.6 meters.

The promise of 3-D printing in constructing homes is dual: reduction of manual labor (and time required) and use of renewable or biodegradable materials in construction. For example, the Chinese construction firm used a combination of cement, construction waste, and glass fiber to make its home.

Adam Kushner, the architect behind the Manhattan project, is importing a large 3-D printer that can 3-D print homes in a single print run. The estate, which consists of a four-bedroom house, a swimming pool, and a garden, is a “vanity project,” according to him. Vanity or not, the project could push the boundaries of construction in 3-D printing and herald a major role in its future.