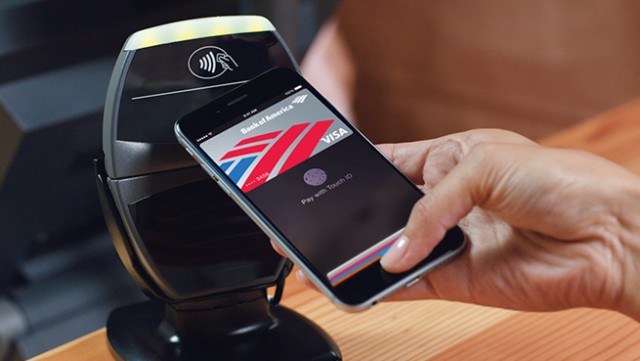 Apple’s launch of Apple Pay, the iPhone-based mobile payments system that enables users to pay for purchases without opening their wallets, has captured the imagination of consumers, developers, and retailers alike. But not everyone has (or wants) a new iPhone, and many users wonder what other options are out there. Read on for five alternatives to Apple Pay. You can download and experiment with some of these now, while others haven’t yet hit app stores.

TechCrunch’s Darrell Etherington reports that Google’s Sundar Pichai used the Mobile World Congress keynote to break the news of several interesting Google projects, including Android Pay, a mobile payments framework with which the company will look to succeed where Google Wallet has failed. Android Pay is intended primarily as a developer tool made available via API, instead of as a centralized app like Apple Pay. It will offer users a way to store their payment information locally and to securely make it available to third-party developers. Store-specific or perhaps payment provider-specific apps would determine when and where you can use the payment cards. Android Pay will tokenize card numbers in the same way that Apple Pay and Samsung Pay do, and like Apple Pay, it will use NFC for transmission and support biometric authentication.

Apple Insider’s Sam Oliver notes that Google seems to be planning to take a backseat with its new payments initiative, and will depend on developers and individual brands to implement it. It’s not clear yet how the system will work with multiple apps and in-store transactions, and Android Pay’s place in the broader landscape of Google’s mobile payments plans remains ambiguous.

Google Wallet has been around since 2011, and is a mobile payments system for Android that uses NFC technology. Google recently announced a deal with major U.S. carriers to pre-install the Google Wallet app on Android phones, and also acquired technology from carrier-backed Softcard. Softcard operates via NFC, but instead of using the same tokenized backend infrastructure of Apple Pay, it stores credit card data on a user’s SIM card and from there transmits it to a POS terminal for processing. 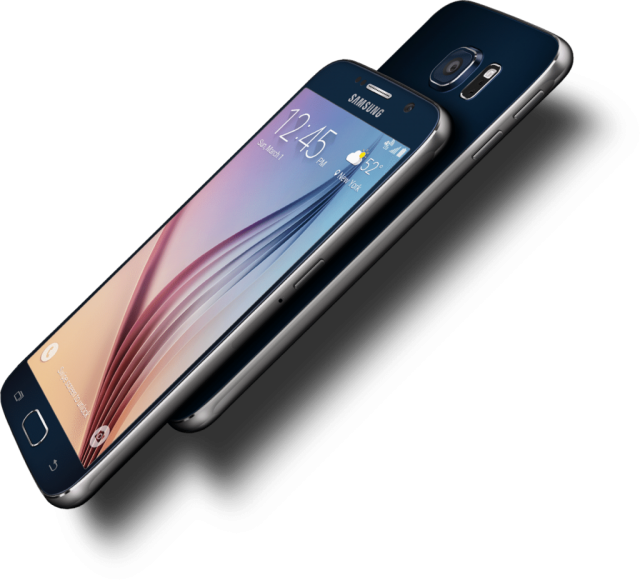 Samsung recently announced that its own Samsung Pay mobile payments system will debut with the Galaxy S6 and Galaxy S6 Edge in the U.S. in the second half of 2015. It combines NFC payments with the magnetic technology that Samsung acquired when it bought LoopPay in February. CNET reports that Samsung Pay uses a combination of NFC and MST — or magnetic secure transmission, a technology Samsung gained with the acquisition of LoopPay — to process payments. Once you’ve added a payment card to the app, you’ll be able to pay for purchases by tapping your phone against the payment terminal and authenticating the transaction with the phone’s fingerprint scanner. Samsung says that it won’t store your account numbers on your phone, and will instead use a secure token in the same way that Apple Pay does.

While Apple Pay uses NFC technology, which relies on the retailer where you want to use the mobile payments system having installed a compatible payment terminal, LoopPay uses MST to take advantage of the existing magnetic stripe reader on most credit card terminals. You can use LoopPay via a phone case for the iPhone 5, 5s, 6, and 6 Plus, or as a key fob along with an app on an iOS or Android smartphone. Once you’ve registered your cards with the app, you can make purchases by tapping a button on the case or fob, selecting a card in the app, and holding the device to the reader.

A letter on LoopPay’s website from chief executive Will Graylin explains that the company is becoming a wholly owned subsidiary of Samsung, and adds, “Our vision of inspiring consumers to transition from a physical wallet to a truly digital wallet will continue. I’m most excited that Samsung shares this vision and has chosen to help change how we shop and pay for goods and services. We look forward to working with Samsung to offer the world’s most secure and compelling mobile platform.” The LoopPay fob, card, card case, and charge case are still available for purchase on the company’s website, and Graylin’s letter notes that, “We will continue to innovate and operate as an independent team from Boston, Massachusetts.”

Apple Insider’s Roger Fingas recently reported that the “race to beat Apple Pay” is heating up as PayPal announced that it will acquire Paydiant, a mobile wallet developer whose clients include MCX, the consortium behind Apple Pay competitor CurrentC. The Verge reports that Paydiant’s technology enables merchants to build mobile payments, loyalty cards, and offers into their apps. Each retailer can choose which services they want to offer and how they want them to work, and can enable the features either through NFC or QR codes. The technology enables each retailer to build whatever solution makes the most sense for its customers, but at least in the case of those retailers who joined forces in the MCX network,  many are looking to build an app that leverages mobile payments to kill the credit card and the fees that come with it.

The acquisition is expected to close by late March or April, and will give PayPal the ability to create branded wallets for partner companies. Paydiant’s offerings are characterized as “technology agnostic,” and are based on QR codes or NFC instead of on specific hardware. That contrasts with other systems like Apple Pay, which requires an iPhone, iPad, or Apple Watch, or Google Wallet and Android Pay, which require an Android device. As Fingas notes, it’s unclear so far how the acquisition might impact MCX.

While PayPal has long been dominant in the arena of online payments, it’s been angling for a bigger role with in-store purchases. In a separate announcement, PayPal also recently said that it’s releasing a new version of its Here card reader, and this new reader will support NFC. It will also support chip and PIN, which is beginning to make its way to the United States.

All-in-one cards like Coin, Swyp, Stratos, and Plastc take a different approach than the other mobile payments systems we’ve discussed so far. Each is a credit card-sized device made to replace all of the cards you carry around with another piece of plastic (or metal, depending on which model you choose). Once you load your debit and credit cards onto the all-in-one card, you’ll choose which card to use for each purchase via a button on the device or through the accompanying smartphone app.

Plastc is designed to be compatible with any smartphone and store debit cards, credit cards, gift cards, loyalty cards, and membership cards. Like Apple Pay, it uses NFC, but is also equipped with a rewritable magnetic stripe and an EMV chip to ensure the widest compatibility possible.

Coin is designed to work with any terminal that uses a magnetic stripe reader (though it isn’t compatible with EMV readers yet).

Swyp is a metal card that enables you to import your existing cards with a magnetic reader you plug into your smartphone’s headphone jack. The magnetic strip on the back of the Swyp card changes depending on which card you’ve selected to use. It also features an automatic proximity lock feature, which prevents it from being used if it gets more than six feet away from your phone.