How do you find out about new products, look for innovative apps, or search for the next big thing? Where on the Internet can you go to find a list of links that you’ll want to share with your friends? For people who want to find out about new ideas early, there’s a simple website called Product Hunt.

Product Hunt offers a look at what’s new everyday via crowdsourced links posted to its homepage. Anyone can submit a product. Users can either sign up for emails to be updated on the site’s best finds, or can check back each day to see what Product Hunt turns up. The products posted each day collect upvotes, and are arranged by the number of points that they gather throughout the day. (For example, at the time of writing, HackerBracket is at the top of Friday’s products with 177 points, followed by Sumry at 119 points.) The top products from Thursday are listed separately, below Friday’s. Users can come to look back at what’s been popular over the past week or month, or check the site each day just to see what’s new. Each listing shows a link to the product’s website, plus related links like its page in the App Store or recent media coverage. Users can also comment on each product to discuss it.

So what, exactly, is Product Hunt? How did it get its start? Product Hunt’s 27-year-old founder, Ryan Hoover, wrote in Wired last year that the site began with the idea of building a community for people to discover, share, and discuss innovative new products. Product Hunt began as a group on Linkydink, a social link-sharing tool. “Simply create a group and invite people to share links with other contributors and subscribers,” explained Hoover. Within two weeks, 170 people subscribed to discoveries by 30 contributors, so Hoover and Nathan Bashaw launched the full website, which functions like Reddit or Hacker News.

Early in July, Forbes’ Seth Porges spoke with Hoover, who noted that at the time the site had 31,000 email subscribers and 150,000 monthly unique visitors. “I wanted a site that allowed people to contribute products and curate and build a community around them,” Hoover told Porges. He was surprised by the number of venture capitalists who use the site — he estimated that there are between 600 and 800 — and how many have invested in companies as a direct result of finding them on Product Hunt. That’s a great testament to the site’s ability to surface products that fly under most people’s radar. Product Hunt isn’t looking for the most popular product of the day, but for the sites, apps, products, and innovations that haven’t yet gotten a huge amount of attention from media or investors.

We looked at the most popular new products on Product Hunt last week. We checked out which products posted between Monday and Friday gathered the most upvotes. (But upvote counts change, so all of the counts we post are as of the time of writing.)

Imoji ranked at first place on Thursday, with a total of 255 upvotes at the time of writing. Imoji is an iOS app that can turn any image into a textable “sticker.” Users can share the stickers they create with friends, and can also search and discover trending Imojis created by others. Daniel Brusilovsky, one of Imoji’s co-founders, wrote on the app’s Product Hunt listing that, “We built this app because we’re a group of good friends who wanted a better way to send meaningful, funny stickers over iMessage,” and the tagline on the Imoji Twitter feed reads, “make your texts more you.”

The Pattern Library ranked at first place on Wednesday with 249 upvotes at the time of writing. The site is a project of interactive developer Tim Holman and designer Claudio Guglieri. The site compiles patterns created by designers — “the most talented designers out there,” the site boasts — and provides them to be used free of charge in users’ own designs. The site offers simple navigation, with each pattern displaying a link to the designer’s website and Twitter handle, plus a simple “Download Now” link. Users can share their own patterns by emailing them to The Pattern Library.

Hotel WiFi Test came in second on Thursday, with 208 upvotes at the time of writing. The site enables users to find hotels with fast WiFi speeds. Users can search by city, and then sort results by expected WiFi speed, guest score, price, or star rating. The site sends users to Hotels.com to book a stay. The site also enables users who are currently at a hotel to run a speed test on their WiFi connection. Hotel WiFi Test is a great tool for people who view WiFi as an important amenity in an age of “constant connectivity,” and the site reveals whether hotels actually deliver the WiFi speeds that they advertise.

Digit came in first on Monday with 178 upvotes at the time of writing. Digit is an SMS bot that monitors users’ checking accounts for money that’s safe to move into savings. “Digit attempts to find money you do not need,” the site explains. “It does this by identifying upcoming bills, when you get paid and what regular spending is to find small amounts of money to move to savings.” The service enables users to easily build a safety net with a smarter method than scheduled withdrawals, and it holds the savings balance in an FDIC insured bank so that users don’t have to establish a separate savings account.

HackerBracket was in first place on Friday with 177 upvotes at the time of writing. The site is a self-described “community for sharing hacks through video presentations.” The platform enables hackers to showcase their work, and to vote on the best work posted to the website. A user’s HackerBracket profile becomes a “portfolio” of his or her work, and the platform provides a vehicle for users to give and receive feedback. Users can also upload videos to HackerBracket via an iOS app. 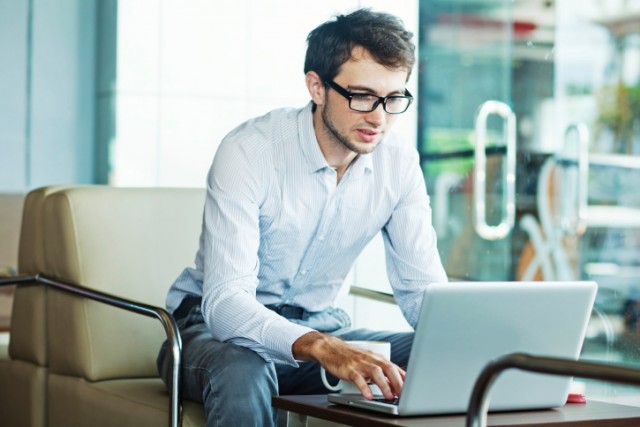