Inspiration for solutions to humanity’s toughest problems can be found in nature. Other solutions — like to stopping impatient pedestrians from crossing the street — are a little tougher. Innovative ideas for consumers, walkers, and pets have taken over this week’s gadget list. Check out what made the cut.

If you’ve ever been to a major city, pedestrians tend to be impatient waiting for their turn to go. Sometimes they’ll just run out into traffic without hesitation or care. Bottom line: traffic lights, particularly ones with crosswalks, are one of the most dangerous places for pedestrians because they just can’t wait their turn.

Smart (the car manufacturer) wants to make pedestrians take note of the red man and wait their turn, so they put a dancing traffic light up for pedestrians to watch while they waited. The citizens watched the red man inside the box show off his moves and 81 percent more people stopped at the crosswalk. They were entertained for the few minutes they had to wait. It’s a solution that’s worth exploring.

Your smartphone is about to die and you’re on an important call. So, you plug your phone in, resigned to talking on the phone while you sit on the floor or bend your body in an awkward position to sit in a chair while chained to your phone. We’ve all been there.

Wireless charging would allow consumers the mobility to charge their phone while walking around their home. The folks at Energous have developed such a technology called “WattUp.” It works similarly to Wi-Fi in that there’s a charging router that sends electricity to your phone, but not in the scary Nikola Tesla way. The good news is that there’s a company that’s adopting its technology, but we don’t know which one. The mystery company is remaining anonymous “for competitive reasons.” Regardless, this technology could eliminate the wires when charging small devices.

Dogs are great companions, so it’s sad when we have to leave them at home when we go off to work. They’re alone with little stimuli for over 8 hours. Studies have shown that this can cause dogs to feel stressed or anxious. Well, a kindly owner has developed a solution to play with your dog while you’re at work. The Ballready doubles as a ball shooter and a food station, so you can play with your dog, then give them a treat when you’re done. There’s a built-in camera on the device, so the owner can see a live feed of what’s going on with their pet.

Ubergizmo’s Hubert Nguyen has seen the device for himself, saying that, “The idea worked pretty well. The video is not ‘HD’ per say, but it is good enough to know what’s going on in the play area.” The device costs $600, a steep investment some owners would be willing to make for peace of mind and to have a little fun while you’re at the office.

What animal is great at climbing rocky mountains? Goats. The animal became the inspiration for a prosthetic leg that would help rock climbers get better footing. If you’ve ever watched Planet Earth or seen a video of these animals on YouTube, they can scale near-vertical rock faces without issue. They’ll even do it while fighting one another. Design student Kai Lin, creator of this prosthetic leg, took note of the creature’s natural ability and found that mountain goat’s hoof has a natural suction on rocky, flat surfaces, and the hard outer shell gives them the stability to stand on the mountain’s face.

Lin is still in the design phase with this prosthetic, but it holds a lot of potential. He plans on naming the device Klippa, which is Swedish for Cliff. 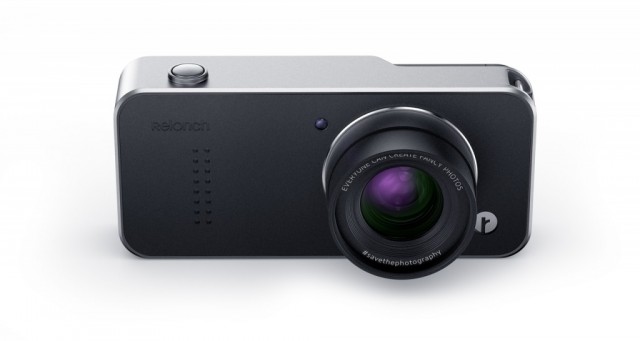 Consumers don’t buy dedicated cameras anymore to take photos. Why would you when you have a perfectly good camera on your iPhone? Smartphones do have their limits when it comes to quality. The Relonch camera case attaches a lens with a large aperture to your iPhone. It also have a APS-C sensor.

The company promises “magazine quality” photos to share with your friends who will wonder in envy, “How did she get that crisp photo with her smartphone?” The case comes with its own software and apps to help beef up your photos as well. However, some may look at the $499 price tag and think about using that money to buy a dedicated camera instead. The Relonch will fit iPhone 5 and iPhone 6 smartphones. No word yet on an iPhone 6 Plus version.