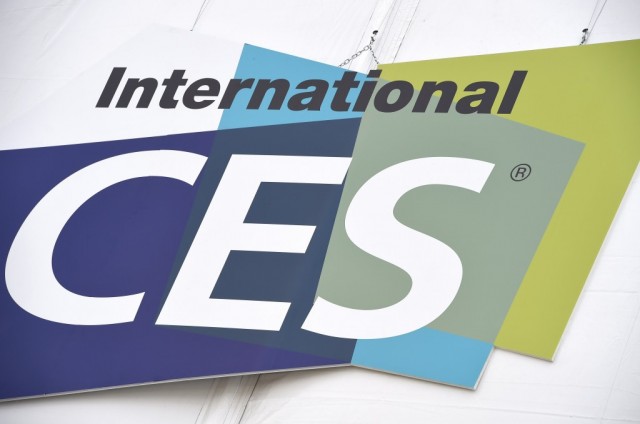 The 2015 International Consumer Electronics Show, more commonly known by its acronym CES, will kick off this week in Las Vegas. From Tuesday, January 6, to Friday, January 9, thousands of large and small tech companies will be exhibiting their latest cutting-edge gadgets in the hopes of impressing consumers and generating buzz. While part of the excitement of CES is the surprise products that are unveiled at the show, many companies have already announced what products they will be exhibiting or have dropped big hints about what to expect. Although CES will feature all sorts of nifty gadgets from nearly every segment of the tech industry, here are five major areas that may prove particularly interesting at CES 2015. 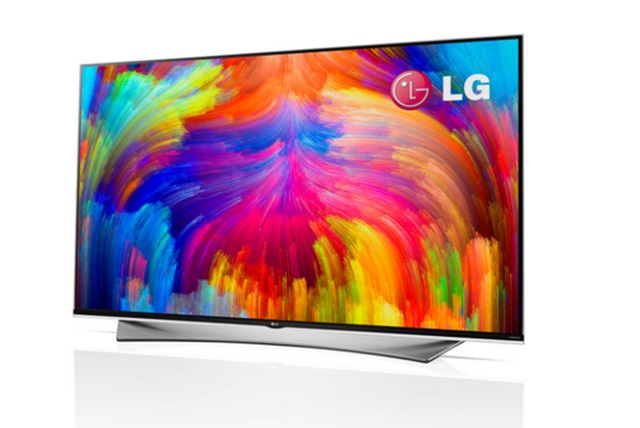 Televisions and television peripherals have always been a major component of CES and this year will be no different. Smart televisions have been a major segment of the industry for some time now and even smarter televisions are expected to be unveiled at CES this year. LG announced last month that it would unveil a new “webOS 2.0” smart television platform that will be “more intuitive” and feature a wider range of 4K viewing options. Similarly, Samsung announced that it will debut new smart televisions that feature the company’s proprietary Tizen operating system, reports Reuters. More recently, The Verge spotted a Samsung promotional poster at CES that promised a new curved, Tizen-powered 4K TV that will be “the most seductive TV of all time,” whatever that means.

On the other hand, Philips, Sharp, and Sony are all expected to debut new television models preloaded with Google’s Android TV platform, according to CNET. Although Samsung and Sony may have different ideas about the future of smart television platforms, the two companies have teamed up to outfit some next-generation Samsung television models with the PlayStation Now game streaming service that will allow users to play over 200 PS3 games without a standalone game console. 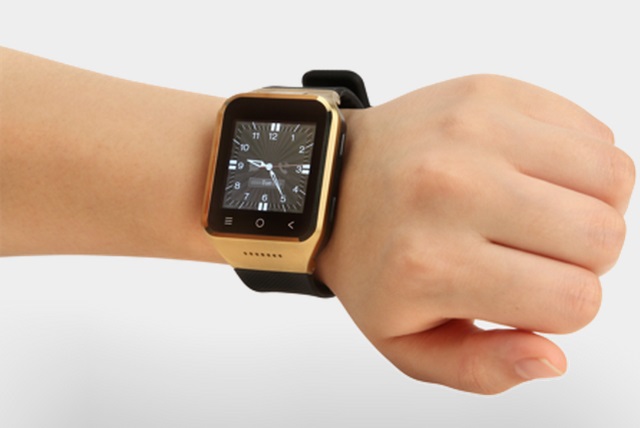 2. The Internet of Things (IoT): wearables and more

Like it was last year, wearable tech and other connected devices associated with the IoT are expected to be another big trend at CES this year, especially now that Apple has confirmed its long rumored smartwatch product. One smartwatch industry newcomer will be GoldKey, a U.S.-based company that has traditionally made networking and security products. According to a press release, the company will be announcing the GoldKey Secure Communicator at CES 2015, an Android-powered smartwatch that will have “a completely independent cell phone built into” it.

It should be noted that many smartwatches, including the upcoming Apple Watch, must still be tethered to a smartphone in order to receive messages. New smartwatches powered by Google’s Android Wear operating system may also show up at CES this year, including a rumored G Watch R 2 from LG, reports The Verge.

According to a recent report from the Korea Times, Samsung Electronics CEO Yoon Boo-keun will deliver a keynote speech about the company’s future plans for IoT. “As more and more of these devices and appliances connect to one another, and with other objects, we will begin to see an even greater transformation,” said Yoon. “It’s what I’m most excited about ― the infinite possibilities that the IoT will bring to our daily lives.”

New wearables from companies not traditionally associated with electronics may also show up at CES this year. As the Consumer Electronics Association (the organization that produces the CES) noted in a recent press release, several companies from outside the mainstream tech industry have recently joined CEA, including Adidas, New Balance, and L’Oréal. As noted by the CEA, these companies are “united by the potential they see for their products to better serve consumers through the ever-expanding Internet of Things.”

CES noted that this year’s show will feature the biggest IoT showcase ever seen at the event with “more than 900 exhibitors planning to share innovations that harness the power of the network to connect everyday devices.” Besides smartwatches and other wearables, connected home products are expected to be another big area of emphasis in the overall IoT showcase this year. Google-owned smart thermostat maker Nest has already revealed multiple third-party products that will connect with its smart home devices, including Whirlpool washers and dryers, Jawbone fitness bands, and more. 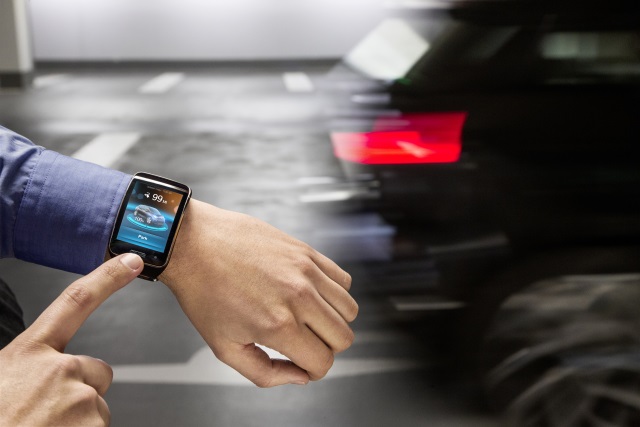 3. Self-driving cars and other automobile innovations

Thanks in part to Google’s pioneering advancements in this area, self-driving cars and other cutting-edge automobile-related tech has become an increasingly important part of CES over the past few years. As it did last year, BMW will be demonstrating its latest vehicle control technology this year, including “360-degree collision avoidance and fully-automated parking in multi-storey car parks.” Like many connected device technologies, BMW’s “Remote Valet Parking Assistant” feature interacts with other technologies in the Internet of Things. As noted in the carmaker’s press release, the feature can be activated and controlled via a smartwatch.

Mercedes is also expected to unveil a sleek self-driving vehicle that it recently released a teaser image of on its official Facebook page. Many other carmakers, such as Hyundai, will simply be showing off their latest car models that include in-vehicle smartphone integration systems designed to work with Apple’s CarPlay and Google’s Android Auto. 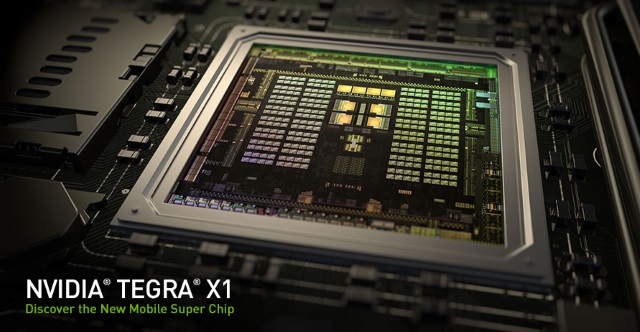 Speaking of innovations for the automobile, chipmaker Nvidia got an early start on the product unveilings at CES this year by announcing its next-generation Tegra X1 mobile processor on Sunday, reports PCWorld. According to Nvidia, the Tegra X1 is “the most advanced mobile processor we’ve ever created” with “new NVIDIA Maxwell architecture, 256 GPU cores, a 64-bit CPU, unbeatable 4K video capabilities, and more power-efficient performance than its predecessor [Tegra K1].”

While the chip could eventually find its way into handheld mobile devices, Nvidia CEO Jen-Hsun Huang envisions using the Tegra X1 in another type of “mobile” device: Cars. “It turns out that the future car will have a massive amount of horsepower inside of it,” said Huang, according to PCWorld. The Nvidia CEO believes the Tegra X1 chip could be used to power the software necessary for self-driving cars. “We imagine all these cameras around the car connected to a supercomputer inside the car,” said Huang.

Besides Nvidia’s supercomputer mobile processor, CES 2015 will also feature overall improvements in various smaller form factor products such as tablets and 2-in-1 devices that take advantage of the latest powerful Intel Broadwell processors.

Although many companies now hold separate media events to announce new smartphones, there are several companies that are rumored to be unveiling new smartphone models at CES this year. The teaser video seen above that Sony released last month briefly shows an ultra-thin device that may be the next flagship Xperia smartphone. On the other hand, it could also be a tablet, or even a new ultra-thin television set. There are also persistent rumors that Samsung might surprise attendees with the Galaxy S6, despite a company executive warning that “There will be no surprise shows [at CES],” reports CNET.

More recently, posters seen by The Verge at the CES venue in Las Vegas confirmed that LG will be unveiling its curved G Flex 2 smartphone. LG unveiled the first-generation G Flex smartphone at CES 2014, but according to sources cited by Android Authority, this year’s model will include a “major upgrade.” Besides featuring a curved profile, last year’s model included a special “self-healing” coating and the ability to recover its shape after being bent. Although this feature failed to generate much consumer excitement last year, perceptions may have changed following Apple’s widely publicized Bendgate controversy.

Asus has released several video teasers about a new ZenFone it will unveil at CES 2015 on its official Facebook page. The smartphone appears to have a dual camera lens and dual flash configuration. Among the crop of new smartphones being unveiled by smaller companies at CES this year is a new Android-powered smartphone made by mobile device manufacturer Bullitt Group under the Kodak brand. According to Bullitt Mobile CEO Oliver Schulte, the device will feature “easy access to printing and sharing services while still offering the latest Android OS and features found on high-end smartphones.”