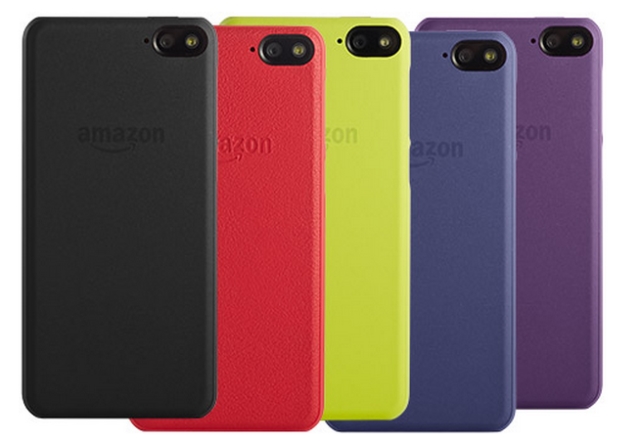 There was plenty of speculation going on around the smartphone from Amazon, as the company had tablet offerings early on in the race, but had been slow in releasing a smartphone. On June 18, Amazon finally announced the device, called the Fire Phone, and showed off its various fancy features. On July 25, the Fire Phone launched. Of course, having waited so long, the Fire Phone is entering a smartphone marketplace that’s very different from several years ago, and it’s also going head to head with entrenched brands Apple and Samsung . The Fire Phone may be a high-end device, but there are a number of things that Amazon did wrong with the device.

As mentioned, Amazon’s coming into a tough environment. Apple and Samsung have already claimed a dominance of the smartphone market that others are having trouble stepping into. BlackBerry had a strong position in the mobile market but was swept to the margins, and when it came out with a smartphone equal to the competition, it couldn’t gain much ground. Microsoft was slow to come out with the Windows Phone, and it’s likely been regretting that reality as it struggles to get into the game — and it’s a big brand. Amazon may have had success with the Kindle tablets and be a big name, but Microsoft and BlackBerry show that big names and previous success don’t ensure future success in the rough and tumble smartphone market.

Then there’s the matter of the Fire Phone being an AT&T exclusive. A deal like that may get AT&T to help promote the device and ensure a certain level of sales for Amazon, but it immediately limits the number of potential buyers for the device. Due to that, it may be hard to get very much early adoption. While the strategy worked for Apple’s iPhone when it first launched, the market is a very different place, and this move could stifle the Fire Phone

The Fire Phone is undeniably a high-end phone. It’s got 2GB of RAM and a Snapdragon 800 quad-core processor clocked at 2.2Ghz, plus Adreno 330 graphics, and the standard array of high-end connections – LTE, NFC, and more. But it’s already starting behind. The HTC One (M8) has a Snapdragon 801 processor rated faster, and the Samsung Galaxy S5 has a Snapdragon 801 rated still faster. Both phones also have higher pixel densities, though the Fire Phone passes the 300ppi threshold after which the human eye shouldn’t notice much difference. On top of all that, the Fire Phone is thicker than Galaxy S5 and iPhone 5S.

Considering that, it might make sense for the phone to come at some discount, but it doesn’t. Without a contract, it’s $649, and it’s $199 with a contract — the price that’s typical of high-end smartphones. It’s coming in somewhat behind the competition, but asking consumers to pay top dollar. That may keep it from succeeding. There are some aspects of the phone that may help people ignore the lesser hardware though, but even those could be problematic.

The impressive features that may help people look past the weaker hardware inside may wow at first, but they could seem gimmicky in the end. That’s the 3D screen and the ability to tilt the phone to scroll pages and more. The Fire Phone may have what some consider to be the best iteration of 3D in smartphones yet, with face tracking technology making it less nauseating and easier to see, but at the end of the day it will become a gimmick unless many apps are made to use it as an essential feature. If not, it will just be a constant battery drain that many users will likely opt to turn off most of the time (I’ve owned two 3D smartphones, and that feature has always turned into a gimmick that is turned off). The scrolling feature may manage to keep some people interested, but it could also prove to be somewhat of a battery drain. Aside from that, smartphone owners are users to scrolling with their fingers by now, and aren’t likely to be too enticed by that feature — people new to smartphones might be, but will likely shy from the high price.

Amazon’s Fire Phone may run on a fork of Android, but it’s not an Android phone with access to all the apps. Forbes noted that Amazon’s App Store only has around 240,000 apps, and most are poorly rated and not up-to-date. On top of that, those apps weren’t designed for the Fire Phone. Until now, Amazon has had tablets, and most of the apps were likely developed with those in mind. So, not only will Amazon’s apps not be optimized for the Fire Phone, but they’ll be far fewer than the million-plus apps found in Android’s and iOS’s app stores.

This goes both ways. The killer app for the the Fire Phone may be the Firefly app, which uses the devices camera or microphone to identify various things and present them in Amazon’s store so users can make a quick and easy purchase — or maybe research. For constant consumers, this could be a cool app, helping them find products online for the best prices or identify a tune they want to add to their library. But for others, it may be a privacy concern. It’s definitely a play for big data on Amazon’s part, and some may not be too interested in providing GPS, visual, and audio data to a major tech company — especially after all the NSA scandal. At least Amazon has said that users will be able to delete photos and recording that were collected with the Firefly app at any time, which may help some with privacy concerns.

All in all, Amazon has what looks to be a solid smartphone that could prove cool to some, but it seems like it won’t be strong enough to pose a threat to top smartphone makers Samsung and Apple.