Nintendo may have abandoned the Wii U because of its low sales, but the Nintendo 3DS is still going relatively strong, even with the Nintendo Switch right around the corner. That’s good news for dedicated handheld gaming fans who, let’s not forget, already have a ton of great 3DS games to play. But video games are about looking ahead, so here’s a peek at some of the most exciting upcoming Nintendo 3DS games to keep you busy either at home or on the go.

The Dragon Quest series is like comfort food for RPG fans. That’s not a knock against it — it just means that these games are reliably excellent, with long, episodic campaigns and loads of side quests to keep you coming back for dozens and dozens of hours. The eighth installment is particularly great, thanks to its delightful cast of characters and fast-moving plot. We’re hoping Dragon Quest XI will come out on 3DS in the U.S. at some point, but in the meantime, the seventh and eighth installments will tide over fans of the series.

Another Wii U game that’s heading to handheld is Yoshi’s Woolly World, a game that looks like it’s sewn together with yarn. That means you can pull zippers to reveal secrets and to unspool coils of yarn to navigate treacherous paths. The Wii U version offers a terrific amount of imaginative fun for gamers of all ages, so you can expect much the same from this version. It even has some additional content, like new stages that focus on Poochy the dog.

This sports game focuses on the Mario crew and includes five sports: soccer, baseball, tennis, golf, and horse racing. It has a single-player tournament mode, along with local and online multiplayer modes. Think of it as a more casual sampling of the dedicated Mario sports games.

Lady Layton is the next entry in the long-running series that mixes gorgeous animation and entertaining mysteries with good old-fashioned brain teasers. But instead of following the adventures of Professor Layton and his understudy Luke, this game focuses on Layton’s daughter Katrielle and her canine companion. The trailer above is in Japanese, but Nintendo has announced that the game will come to the U.S. sometime in 2017.

This role-playing game takes place in an enormous desert that has an oasis city at its center. Your job is to venture into the harsh desert to find the dungeons scattered around. The dungeons are full of enemies and puzzles you’ll have to get past in order to collect resources that you’ll bring back to the town so shopkeepers can keep whipping you up new gear.

This side-scrolling puzzle platformer stars Olimar, a weird little dude who controls strange creatures called Pikmin. You’ll direct the Pikmin to pick up things in the environment that you’ll need to use to progress. You can even toss them at enemies as projectiles. The Pikmin have various traits, so the red ones are immune to fire, while the blue ones are useful in water. It looks like a unique take on the franchise. 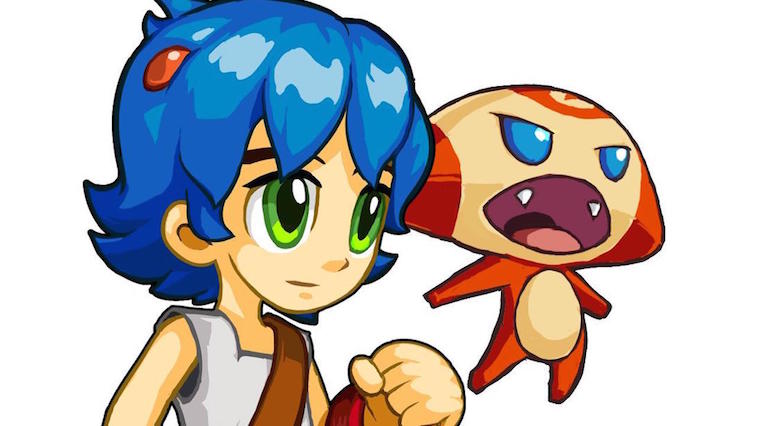 A 3D remake of a 2011 DS game, Monster Tale Ultimate provides all the “Metroidvania”-style action you could want in a tiny, colorful package. You play as a girl named Ellie with a pet monster named Chomp. But Chomp isn’t your average pet. He can evolve into all manner of large beasts to help you take down enemies.

Part side-scrolling adventure and part pet sim, Monster Tale Ultimate promises to revamp not just the graphics of the original game, but also some of the more monotonous parts to offer the definitive version of this often-overlooked gem.

Since this game blew past its original 2015 release date, and we’ve heard no word on it in nearly a year, there’s a chance this one’s been quietly canceled. If that’s the case, you can still pick up a copy of the original DS version and play it on your 3DS.