Like most possessions, the value of a video game starts to plummet the moment you open up the packaging. From there, it tends to keep going down until it hits the bargain bin a few years later. For instance, here are some great Xbox One games you can get for cheap. But for a variety of reasons, some games are different. Some games not only maintain their value over the years, but their value goes up. And when events continue to play out just right, those games can go on to command thousands of dollars on auction sites like eBay.

Here’s a list of valuable games that (for the most part) aren’t terribly uncommon. You might have bought and played them back in the good old days. You might even still have one of them on a shelf or in a box somewhere.

Compared to most PlayStation 2 games, this classic, bombastic arcade fighter boasts some very high resale values. Part of that is probably because it’s a fun game that has managed to stay relevant since its 2002 PS2 debut.

The game pits classic Marvel characters like Spider-Man and Wolverine against lovable Capcom characters like Ryu and Mega Man. Best of all, the matches are three-on-three tag-team battles, so you get to play as more than one of your favorite characters each time you enter the ring.

And while the starting price of $45 might not sound like a lot for a game, most titles plummet in value as early as six months after they launch. For a game to command $45 for a used copy more than a decade after it came out is quite a feat. And if you have an unopened copy of the game, you’re looking at a hefty profit when it comes time to sell it.

If you’re not interested in spending that much money to buy a classic fighting game, you can download it on Xbox Live Arcade, PlayStation Network, or iOS right now.

In 1993, Nintendo released a very good new Zelda adventure on the Game Boy. It had pretty much everything a fan of the NES and SNES installments could want: puzzle-filled dungeons, creative boss battles, and a slew of useful items that let you reach new sections of the map. The only thing you could bring against it was that it was black and white.

Enter the Game Boy Color, an upgraded piece of hardware that worked as a stopgap before Nintendo introduced the Game Boy Advance. The GBC came out in 1998, and to spur sales, Nintendo colorized Link’s Awakening, added a new dungeon, and re-released it for the new system.

The ploy worked. The game was quite popular at the time, which means nowadays the cartridge sells for a fairly reasonable $30. But if you have a sealed, unopened copy of The Legend of Zelda: Link’s Awakening DX, you can probably get upwards of $800 for it. Not bad for a Technicolor re-release.

If you’re in the market for the game and don’t want to drop that kind of money, you can buy it on the Nintendo 3DS Virtual Console for much less.

A boy and his friends go on a journey around the world to save all of humanity from aliens. That’s the premise behind this cult classic, which wasn’t very popular in its heyday, but people have come around ever since.

Even if you’re unfamiliar with the game itself, there’s a good chance you know its main character, Ness, who has appeared in numerous Smash Bros. games over the years.

One interesting thing about Earthbound is that it came in an enormous box, thanks to the big full-color walkthrough Nintendo packaged with it. The game cartridge itself usually goes for around $200 nowadays, but if you still have the box and the guide (particularly if you never tore out the included scratch-and-sniff cards), you could be sitting on several thousand dollars worth of collectibles.

Thankfully, if all you want to do is play the game, you don’t have to drop hundreds of dollars on it. It’s available on the Wii U Virtual Console.

Although things have calmed down in recent years, the Mega Man series seemed unstoppable for nearly two decades. The Mega Man X series, which kicked off on SNES, was a fantastic continuation of the series, with much better graphics than the NES originals, bigger levels, more moves, and more firepower.

The third installment was the last one to land on SNES before it moved to the next generation of hardware. But thanks to the powerful Cx4 chip that was embedded in the game, Mega Man X3 was one of the most graphically intense SNES games ever made.

If you’d rather save your $700, you can buy Mega Man X3 on the Wii U Virtual Console.

5. The Legend of Zelda: Ocarina of Time

If you had a Nintendo 64, there’s a good chance you also had Ocarina of Time, one of the best and most popular games made for the system. What’s weird is that, despite its popularity, the game has held its value quite well over the years.

In the game, you once again take control of Link as he ventures out into Hyrule to explore puzzle-riddled dungeons and confront a series of intimidating bosses (and the even more intimidating Water Dungeon).

The reason this game is valuable is because it’s become an all-time classic that every collector wants on their shelf. And while the game itself is common, complete editions that come with the box and manual are becoming more and more rare with each passing year. 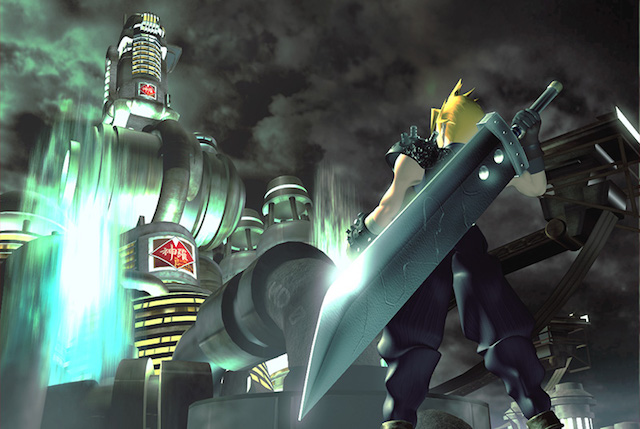 Like Ocarina of Time for Nintendo 64, an enormous number of PlayStation One owners also bought Final Fantasy VII. It’s the second best-selling game on the platform, after all. But also like Ocarina, everyone who collects PS1 games wants a complete copy in the best condition possible to put on their shelf.

The game, for those who missed out in the late ’90s, centers around Cloud Strife and his revolutionary friends as they venture out into the (then) impossibly large game world to take on the Shinra Corporation. The game spans three discs, is packed with secrets, and contains a nearly endless amount of content, depending on how much chocobo breeding you feel like doing.

If you haven’t played it yet and don’t feel like spending the impressive price the game commands nowadays, you can download a digital copy for PlayStation 4 from the PlayStation Store.

OK, you probably don’t own this one, but if you have a box of NES games, it’s worth thumbing through them to double check. While it would have been a blip on the radar if it had been made widely available, Stadium Events has become famous for being the rarest officially licensed NES game of all.

The reason? Nintendo bought the rights to the game’s floor pad peripheral, so publisher Bandai recalled the game almost immediately after its 1987 debut. It all happened so fast that only about 200 copies were sent to stores in the U.S., and only 10 to 20 copies have been spotted in the wild ever since. That’s why it’s worth such a pretty penny.

If you want to play this game now, I hope you’re rich. Search eBay, and you’ll likely find someone trying to sell it for upwards of $15,000.

All pricing information is from Racket Boy.