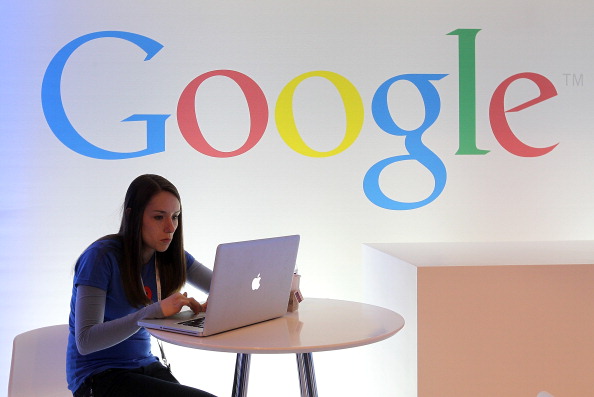 Even though Apple famously avoids being the first to a product category — choosing instead to define young categories with beautifully designed devices and a reinvented user experience — it’s not always good to be behind. While it’s extremely popular but never 100% fair to compare two companies with vastly different philosophies, strategies, and products, parallels between Apple and Google are inescapable. In many areas, it’s easy to point out how Google has led and Apple has followed, whether that be the march toward large-screen smartphones or the push toward smaller tablets.

But the disparities between the two go farther than the vast difference between the closed nature of iOS and the wide open availability of Android. Read on to learn about five areas where Google is pushing ahead of Apple in strategic ways which will undoubtedly influence the way the competition between the two tech giants plays out in the future.

A study by Stone Temple Consulting — called “The Great Knowledge Box Showdown” — tested Google Now, Siri, and Cortana with 3,086 queries meant to test their ability to provide content that directly answers the question asked.  All queries in the test were made via voice command, using the Google app on an iPhone, Siri on an iPhone, and Cortana on a Windows Phone. Stone Temple found that Google Now had a “clear lead” over Siri and Cortana in the number of answers that it provided and in the accuracy with which it addressed the queries.

Google Now uses the company’s Knowledge Graph, a knowledge base that Google uses to enhance search results by highlighting relevant information at the top or side of the search results, showing information, lists, maps, carousels, relevant links, related searches, and even step-by-step instructions.  While Siri is widely known to use Wolfram Alpha, a “computational knowledge engine,” to surface some of its answers to users’ queries, Stone Temple researchers observed that Siri also sources data from Wikipedia, Yahoo, and Bing.

During the test, the researchers found that Google Now returned twice as many results as Siri and nearly three times as many results as Microsoft’s Cortana, with Google Now bringing in more relevant links and additional facts than its rival services. Google Now also answered questions completely and directly 88% of the time, versus 53% for Siri and 40% for Cortana. Seventy-five percent of Google Now’s answers link to the source of the data, and when Google Now draws on a website to provide step-by-step instructions, it provided the complete instructions only 21% of the time, so that in most cases it won’t draw traffic away from the website.

And, as Stone Temple noted, “Google Now has a clear lead in terms of the sheer volume of queries addressed, and more complete accuracy with its queries than either Siri or Cortana. All three parties will keep investing in this type of technology, but the cold hard facts are that Google is progressing the fastest on all fronts.”

Siri isn’t the only one of Apple’s services that proves to be of more limited utility than Google’s version. Apple Maps or iTunes seem similarly limited when compared to Google’s services, which dominate among the tools that consumers use in their daily lives online. To do everything from offering relevant Google Now results to serving targeted ads to making a smartwatch capable of keeping up with users’ information, Google’s online services learn as much as they can about users as possible.

In a March article on why “Apple can’t match Google’s all-seeing new smartwatches,” Quartz’s Christopher Mims explains that Google Now uses the concept of predictive search to display the information that you’re likely to find useful via virtual cards, instead of waiting for you to search for it via the web or in an app. Google’s pervasiveness in users’ online lives helps Google Now to gather valuable information, like your calendar, the content of your emails, your contacts, the places you visit online and in real life, and what you search for, look at, click on, and purchase. In this case, knowledge is power, and the more that Google knows about you — based on your use of its services on the web or on a smartwatch — the more accurately it can predict what information you might want to do or know.

As Mims notes, Apple would be able to collect much of the same information on its mobile devices, but Google’s services are so ubiquitous that many people use them instead of the default apps that Apple has designed for iOS. Many users choose services like Google’s Gmail app for iOS, for example, over Apple’s Mail app because they prefer its design or functionality to that of the native app or because they already use the service on the web, where many of Apple’s services are not available.

And even if Apple did add web components to make its apps and services accessible on any device, Apple is considerably less experienced in mining and utilizing the vast amounts of user data that Google routinely aggregates and acts upon. While Google also has a head start in predicting user behavior with the contextual awareness of Google Now — a capability that Siri does not match — Apple should be looking to catch up to Google by making the iPhone and now the Apple Watch more contextually aware and useful for consumers.

3. Google could beat Apple to become the first $1 trillion company.

The Wall Street Journal projects that Google could become the first $1 trillion company, beating current front-runner Apple to the milestone. Colin Gillis, a technology analyst with BGC Partners, predicts that Google’s market value will exceed $1 trillion in 2020. The Wall Street Journal explains that with Google’s current market cap in the area of about $375 billion, its share price would need to rise to nearly $1,500 for the market cap to surpass $1 trillion.

To pull that off, Google would need to more than double Apple’s stock performance in the next five years, though in the past five years, Apple has more than doubled — 274% vs. 115% — Google’s stock performance, as The New York Post reports. Apple is the most valuable company in the U.S., and currently has a market cap of nearly $600 billion.  And last fiscal year, Apple reported full-year profit of $37 billion and sales of $170.9 billion, versus the net income of $12.9 billion on revenue of $55.5 billion that Google reported for the same fiscal year. But Gillis wrote in a note to clients:

“Google is positioned to be the first company on a U.S. listed stock exchange to have a market capitalization exceed one trillion dollars, an event that could happen by the next decade. The company is taking the cash flows from its performance marketing business (the best in the world in our view) and chasing after large markets such as content, operating systems, enterprise computing, robotics and automation.”

4. Google gained the “Apple genome” with the purchase of Nest, and may use it to reinvent its products.

Of the many bets that a company that runs its own research arm for “moonshot” projects, one of Google’s most important is its bet that Tony Fadell can outsmart Apple. The former Apple senior VP, who worked on the original iPod and iPhone, cofounded Nest Labs with Matt Rogers in 2010 to redesign the “unloved” objects in the home. Since 2010, Nest has designed a smart thermostat and a smoke and carbon monoxide detector, and has been acquired by Google, a company whose vast resources will enable Nest to apply its design sensibility to a limitless range of other smart home objects.

As Randy Komisar, a partner at Kleiner Perkins, says that when Google acquired Nest, it “bought the Apple genome, and for relatively cheap,” according to Fast Company. Komisar, a Nest investor who wasn’t pleased with the $3.2 billion acquisition, explained, “I know the economics–in a few years, Nest could’ve gone for $10 billion. [This acquisition] is going to change the world. Apple made a big mistake in letting Nest go to Google.”

While Nest has operated independently since the deal with Google closed, the work of the ensuing months has seen the company melding the Apple approach familiar to its founders and many of its employees with Google’s sensibilities. As Fast Company learned, that means combining the approaches of building end-to-end hardware and software versus relying on outside partners.

Fadell explains, of Nest’s efforts to find a balance between the mentalities characteristic to Apple and Google:

“It’s not a zero-sum game; there’s value to both systems. In this connected age, no company can stay bound to ‘I’m just going to make this one piece of the puzzle.’ You’re seeing Samsung, Google, Apple, Amazon, and Microsoft all trying to do it. If you’re just trying to package Android in a better way, you’re not thinking about the entire experience. That’s where the reinvention happens.”

The appeal of Nest for outside developers is that the company is offering what amounts to a platform — a base layer of hardware, including its smart thermostat and smoke detector, plus the lineup of recently-acquired Dropcam — upon which new services can build. And it seems that Google’s Nest isn’t alone in taking a page out of a competitor’s strategic playbook to reinvent the user experience. Apple is expected to soon release HomeKit, its home automation framework open to third-party app developers and software manufacturers, in what Adam Sager, chief executive of Dropcam competitor Canary, told Fast Company amounts to “a very Google play,” just as Google creating beautiful hardware with Nest is “a very Apple play.”

According to some reports, Google has given Fadell the sweeping authority to “own” its consumer electronics operations, where Komisar tells Fast Company that Fadell “is in a situation where he can handpick interesting stuff inside the organization and pull them into a consumer-driven product vision that Google hasn’t had in the past.”

5. Android’s dominance worldwide will only increase.

A report published recently by Gartner projects that while Android is already dominant worldwide, its sales will continue to climb despite the fact that tablet growth is slowing — a trend that is expected to manifest itself in slowing sales of iPads and Android tablets — due to the lifetime extension of tablets to three years by 2018. Gartner projects over 90 million fewer new tablet purchasers and 155 million fewer tablet replacements through 2018 as some users replace tablets with hybrid devices. Tablet sales in 2014 will only see 11% growth year over year, compared to 55% growth last year.

The mobile phone segment is on its way up, thanks primarily to strong sales of lower-end smartphones. Gartner expects that sales of basic smartphones — a category that includes midrange Android devices — will grow 52% in 2014. Sales of utility smartphones — a category that includes low-end Chinese “white box” devices — will double. With the market for white box smartphones — low-cost devices that Gartner explains vendors create “using a turnkey solution based on application processors and reference designs” — set to grow 50% in 2014 alone, smartphones are quickly becoming more accessible, and Gartner expects nine out of every ten phones to be a smartphone by 2018.

As Gartner notes, “Android and iOS have further entrenched their market positions in the global phone market, making it difficult for alternative ecosystems to become more than niche players,” and Android’s share of emerging markets is expected to grow 47% in 2014.  In 2015, Gartner estimates that shipments of Android devices will surpass one billion in emerging markets. Sales of Android devices are expected to reach 1.2 billion units this year, accounting for about 51% of all devices sold, from mobile phones to ultramobiles to PCs. While Apple’s new iPhones, targeted to the premium market, are expected to continue to drive iOS sales, iOS can’t match Android in sheer volume of devices sold around the world.