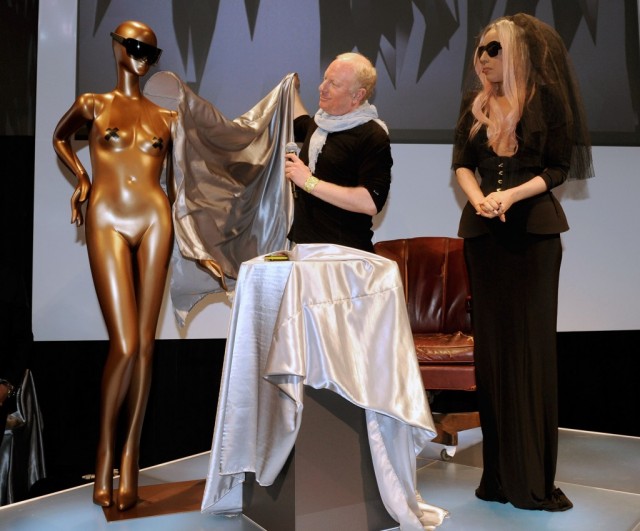 While there are countless tech companies that use endorsements from celebrities as a marketing gimmick, the actual connection between a celebrity and the gadget they supposedly love is often laughably tenuous. Soon after being named as BlackBerry’s global creative director in 2013, singer Alicia Keys was called out by The New York Times for sending tweets from an iPhone. Talk show host Oprah Winfrey was similarly mocked for praising Microsoft’s Surface tablet via a tweet sent from an iPad, as reported by TIME.

Although some well-known stars that endorse tech products may only be lending their famous name in exchange for a paycheck, there are also a surprising number of celebrities that have actually helped design the gadgets that they endorse. The scope of these celebrities’ involvement in the creation of these tech products ranges from providing general design advice to being deeply engaged throughout the entire design process. While the results may not always be pretty, we give kudos to these celebrities for actually helping to design the tech products that they hawk. Here are six gadgets that celebrities helped to design. 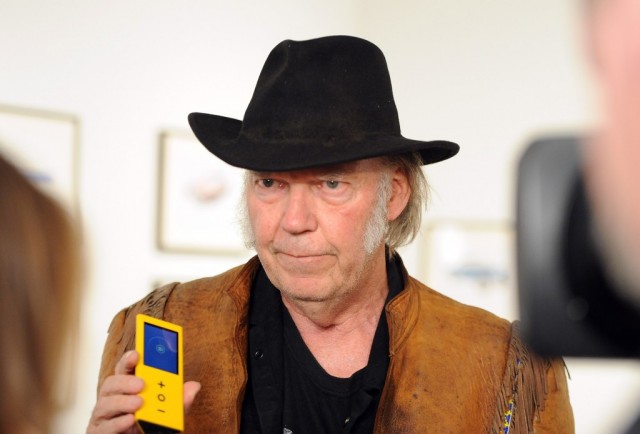 Legendary singer, songwriter, and musician Neil Young got into the digital media player business after a successful Kickstarter crowdfunding campaign that earned over $6 million for the PonoPlayer. Young not only conceived the player, he also currently serves as the “CEO, founder and the vision, force, energy, and voice of PonoMusic,” according to the company’s website.

As noted on the PonoMusic website, the PonoPlayer is intended to allow music fans to “feel the master in all its glory, in its native resolution, CD quality or higher, the way the artist made it, exactly.” Besides supporting the playback of high-fidelity audio of up to 192kHz/24 bit resolution, the PonoPlayer offers two 3.5 millimeter audio output jacks that can be used to separate audio into left and right channels. The device comes standard with 128GB of storage that can be expanded up to 196GB.

The PonoPlayer recently became available in February 2015 and retails for $399. Early reviews of the device have been mixed. ArsTechnica called it “A tall, refreshing drink of snake oil,” while SlashGear urged audiophiles to “believe the hype.” While the PonoPlayer will play all types of digital audio files, users can make sure they are getting the highest quality audio files possible by purchasing music from the associated PonoMusic World store. 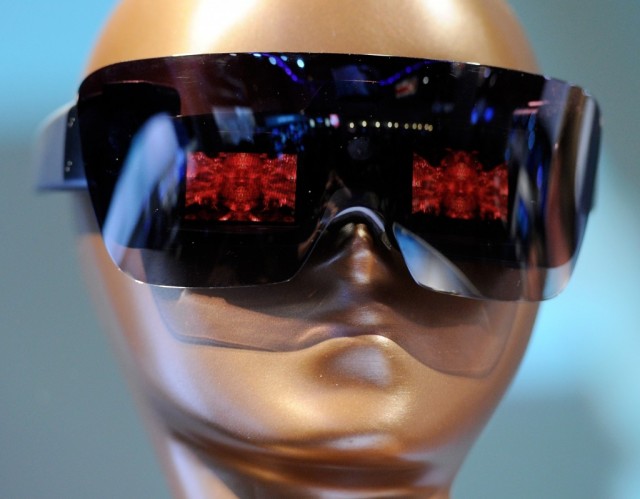 Approximately one year after Polaroid announced that it had named pop singer Lady Gaga as the creative director for a specialty “Grey label” line of tech products, the company unveiled its GL20 camera glasses at the 2011 Consumer Electronics Show (CES). As the name suggests, the GL20 camera glasses features a small built-in digital camera, as well as dual 1.5-inch LED displays behind the lenses.

The unusual eyewear was the result of collaboration between Lady Gaga, Polaroid, and design firm Ammunition, reports Fast Company. As noted by Lady Gaga during the product unveiling, the design of the glasses was inspired by a pair of video display glasses she made out of two iPods for her “Poker Face” music video. “She is fairly involved with the process,” said Ammunition creative director Robert Brunner, according to Fast Company. “She takes it very personally—she really feels this stuff is a representation of her. She has ideas coming from her ethos and perspective. So how do we turn that into a strong viable product design?”

While Brunner and Lady Gaga may have intended the GL20 camera glasses to be a viable product design, the glasses were never publicly released by Polaroid. Nearly a year after the glasses were unveiled at CES, All Things D obtained a statement from the company that read, “Polaroid and Lady Gaga are looking forward to giving consumers even more ways to restore creativity to images, both digital and printed, with additional Grey Label products in the near future. As the GL20 Camera Glasses are unlike anything seen before, additional time is needed to ensure that consumers will receive a product that exceeds expectations.” 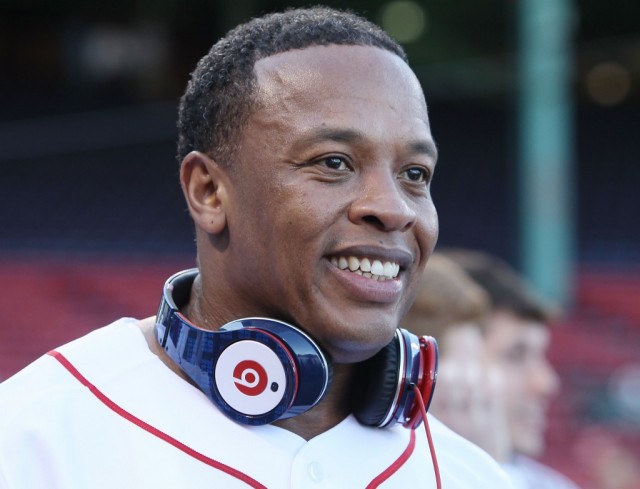 Well-known rap star and music producer Dr. Dre (aka Andre Young) co-founded the Beats Electronics premium headphone company in 2008 with record producer Jimmy Iovine. The company’s Beats headphones quickly became one of the most popular brands in the industry, accounting for 64% of the $100-plus premium headphone market in the U.S. by September 2013, according to NPD Group data cited by The Carlyle Group. Last year, Beats Electronics and its associated Beats Music streaming service were acquired by Apple for $3 billion.

The design of the Beats headphones was a collaborative effort that involved several different tech companies and multiple designers. According to Bloomberg, audio-equipment consultant Mike Klasco was largely responsible for the design of the electronics inside the headphones. On the other hand, Ammunition’s Robert Brunner — the same designer who helped Lady Gaga create the Polaroid GL20 camera glasses – helped design the look of the headphones, as noted by Fast Company. According to Brunner, Dr. Dre provided the idea behind the product through his statement that “people aren’t hearing my music.”

Dr. Dre may have also played a key role in crafting the headphones’ bass-heavy sound. According to a profile of Dr. Dre that The Wall Street Journal did last year, his “main obsession is perfecting the sound of the company’s signature high-end headphones.”

However, it should be noted that questions over who actually designed the various aspects of the Beats headphones are at the heart of a lawsuit that was recently filed by audio cable company Monster and its CEO, Noel Lee. “Beats, through Defendants Iovine, Dre, Paul Wachter, and Luke Wood, have attempted to create the false public view that the company Beats, not Lee and Monster, was responsible for designing, engineering, manufacturing, producing, marketing, and distributing the ‘Beats By Dr. Dre’ product line,” stated Monster and Lee in papers filed with the court. 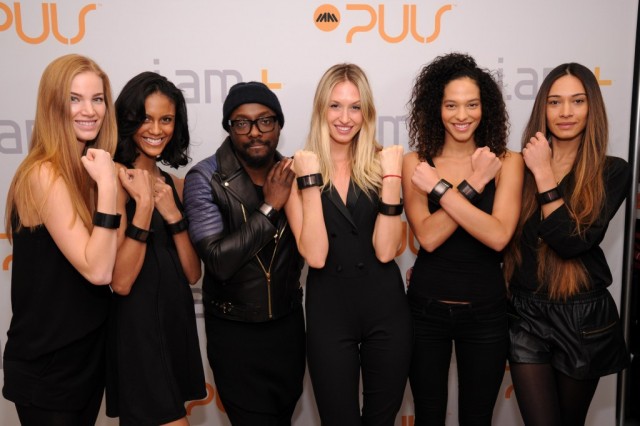 Photo by Bryan Bedder/Getty Images for I.amPULS and will.i.am

Unveiled by the i.am+ company late last year, PULS is the brainchild of rapper and entrepreneur will.i.am. Although the device is a wrist worn wearable, will.i.am prefers not to call it a smartwatch. Instead it is referred to as “a computer on your wrist,” or simply a “smartband,” on the company’s website.

Thanks to its GPS, Wi-Fi, Bluetooth, and 3G cellular wireless connections, the device is able to make phone calls and send texts without having to relay communications through a smartphone. PULS runs a forked version of Google’s Android operating system called AneedA that has been optimized for the device. Similar to how Apple is marketing its Apple Watch, will.i.am’s i.am+ company is positioning PULS as a fashion accessory, as well as a tech gadget.

With a price tag of $399, it remains to be seen how well will.i.am’s unusual wearable will sell once it becomes widely available. However, early reviews of the device have been highly critical. A tech reviewer at The Verge described it as “objectively the worst product I’ve touched all year,” while Fast Company called it “a bangle-sized entombment of bad design.” In any case, PULS is not the first tech product created by will.i.am that has been criticized for its design flaws. One of the i.am+ company’s foto.sosho iPhone accessories was described by CNET as looking like something that “was scraped off the bottom of Liberace’s shoe.”

Currently, the only way to get PULS is to apply for the privilege of buying one through the i.am+ website. “We are now taking applications for phase two where we will be making more PULS smartbands available for purchase shortly,” reads a statement on the website. 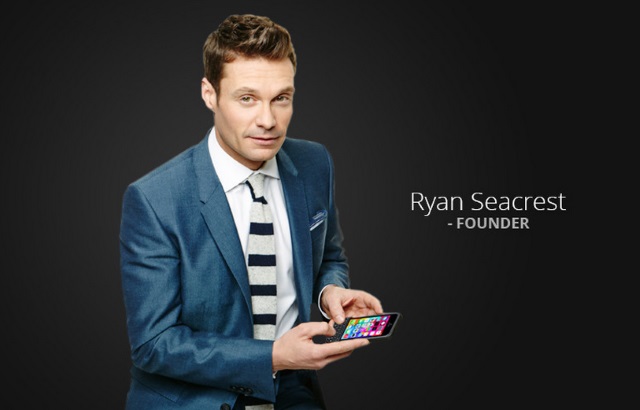 The Typo 2 keyboard is an iPhone accessory made by Typo Innovations, a company co-founded by television personality and producer, Ryan Seacrest. The $99 Bluetooth-connected accessory allows iPhone users to type on a physical keyboard that looks a lot like BlackBerry’s iconic keyboard design. In fact, the original Typo keyboard was similar enough to BlackBerry’s patented keyboard design that a U.S. court granted the Canadian smartphone maker an injunction blocking its sale, as reported by Reuters last year.

In February 2015, BlackBerry was awarded an $860,000 fine plus legal fees after Typo failed to comply with the injunction. Because of the lawsuit, the Typo 2 keyboard was redesigned so that it would not infringe on BlackBerry’s design patent.

While it’s unclear how involved Seacrest was in the actual design process for the Typo keyboard, he apparently helped come up with the concept for the product. As explained on the company’s old website, the keyboard was “born out of a desire for efficiency” when Seacrest and the other founders of the company realized that many of their friends used smartphones with physical keyboards for typing and the iPhone for “virtually everything else.” According to Typo Innovations’ website, the company is currently developing another keyboard accessory for the iPad Air. 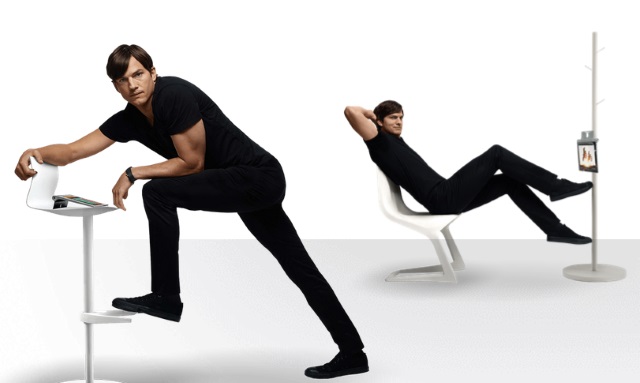 It turns out that actor Ashton Kutcher’s involvement with tech product design goes beyond just portraying Steve Jobs on film.  In October 2013, Chinese computer maker Lenovo announced that it had hired Kutcher as a product engineer for its Yoga line of tablets. Approximately one year later, the company and Kutcher unveiled the Yoga Tablet 2 Pro.

Designed with a focus on multimedia usage, the $469.99 Yoga Tablet 2 Pro features a built-in Pico projector, an 8-watt sound system with a subwoofer, and a 13-inch Quad HD screen. The Yoga Tablet 2 Pro also features a versatile kickstand that allows the device to be positioned at different angles or be hung on the wall. As noted by Lenovo, Kutcher has helped fund several successful startups, including Airbnb, Spotify, and Uber. Not surprisingly, this tech-savvy entrepreneur played an active role in designing the Yoga Tablet 2 Pro.

“The YOGA Tablet 2 Pro is the culmination of the most extensive research and feedback we’ve ever undertaken, and Ashton has been with us every step of the way, bringing new ideas to the table, challenging us and always advocating for users,” said Lenovo mobile business group VP Jeff Meredith via a press release. “As a result, we’ve preserved the best features of the original YOGA Tablet – the modes and the long battery life – and now we’ve raised the bar completely with technologies like the projector that keep changing the way we think of tablets.”