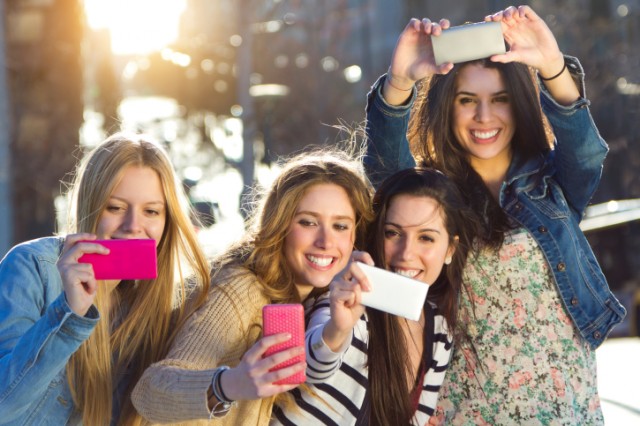 There’s no question that mobile devices have revolutionized the way that we use technology. Although it may be taken for granted today, the ability to have small, Internet-connected computers with us everywhere we go has fundamentally changed the way that people interact with their environment and each other. Just try to imagine how Instagram or Twitter could exist without smartphones that have cameras and Internet connectivity.

Now, it appears that another mobile device revolution — or evolution — is underway, as some tech companies are beginning to develop devices that are more customizable and reusable than the current crop of readymade smartphones and wearables. Known as modular mobile devices, these revolutionary gadgets will allow consumers to replace individual components as needed or wanted, instead of throwing out an entire smartphone or smartwatch when a new and improved model is released.

For example, if an improved camera is developed for a smartphone, consumers will be able to simply and easily replace the camera component of their mobile device, rather than tossing the entire device and buying a new phone. Not only will the modular approach to mobile device design save consumers money by extending the lifetime of their mobile devices, these next-generation gadgets will also benefit the environment since fewer mobile device components will end up in the trash. Phonebloks, an independent organization that supports the “development and production of products that produce less electronic waste,” created a popular concept video that provides a good overview of the advantages offered by a modular smartphone design.

Besides cost and environmental benefits, another advantage to modular mobile devices will be greater customization options. Most of today’s off-the-shelf devices are designed to meet the needs of the “average” customer. However, there are many niche customers who may be looking for a mobile device with unusual technical specifications. A modular mobile device will allow those customers to build a custom device that meets their specific needs, such as a professional photographer who customizes a smartphone with an especially high-quality camera sensor.

Project Ara is the codename that Google’s Advanced Technology and Projects (ATAP) group uses for its initiative to create an open hardware platform for modular smartphones. As seen in the presentation video above from this year’s Google I/O conference, Project Ara researchers have already created a prototype device. Unfortunately, the device failed to fully load up properly during this demonstration.

Despite this technical hiccup, Google’s Project Ara appears to be the furthest along of any of the other initiatives to create a true modular smartphone. Google has already released a Module Developers Kit (MDK) for the Ara platform, and the company plans to have the first $50 Ara Gray Phone available for purchase by January 2015. “It’s called the Gray Phone because it’s meant to be drab gray to get people to customize it,” said project leader Paul Eremenko, according to CNET. 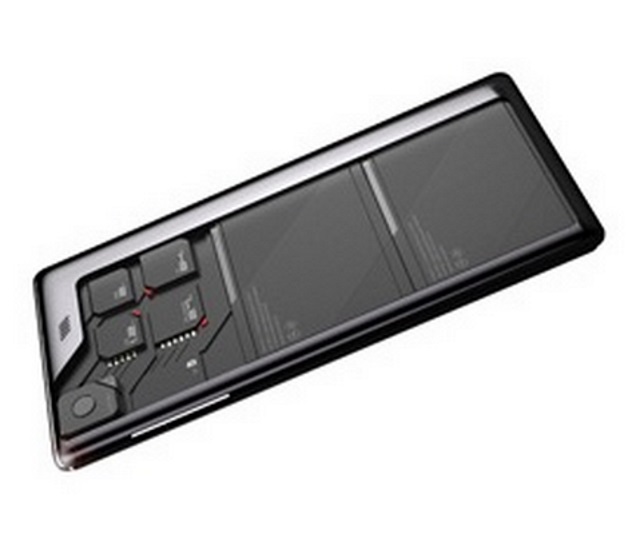 Another tech company that is working on a modular smartphone prototype is ZTE. Known as the Eco-Mobius, the Chinese manufacturer showed off its modular smartphone design concept at the Consumer Electronics Show (CES) earlier this year, reports Engadget. However, it should be noted that ZTE kept the Eco-Mobius locked in a glass case at the tradeshow and the company’s representatives told Engadget that a working finished product may be up to two years away.

Still, for fans of modular mobile devices, ZTE’s Eco-Mobius offers a tantalizing glimpse of what the future may hold. The Eco-Mobius concept prototype features removable camera, display, and battery components, as well as a core module for the GPU, CPU, RAM, and ROM.  As stated on the company’s website, the Eco-Mobius “allows people to customize or upgrade their mobile phones more cheaply. More importantly, it is a highly efficient component exchange mechanism, making the most of materials and reducing waste.”

With all the buzz over modular smartphones, it was only a matter of time before a company applied the same concept to the burgeoning smartwatch market. The appropriately named company Blocks is currently developing a modular smartwatch that will use the open source Tizen platform that is supported by Samsung and Intel, according to a blog post from developer Hakeem Javaid. Like the modular smartphones being developed by Google and ZTE, the Blocks smartwatch will allow users to customize the device according to their personal preferences. While the Blocks smartwatch is still in the early stages of development, the company has already secured $50,000 in funding and the latest processors from Intel.

Blocks is currently selling $50 memberships that guarantee buyers a discounted early bird price for the device when it becomes available to order during a crowdfunding campaign scheduled for early 2015, reports BGR. Blocks told BGR that the core block of the smartwatch — which includes the display, processor, and Bluetooth chip — will cost up to $150, while additional blocks will cost $20 to $40 based on what type of hardware is selected. 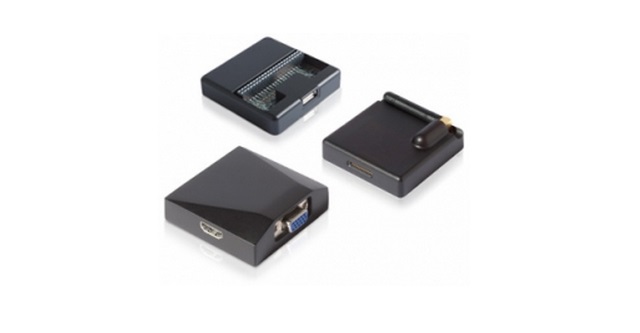 According to its website, Bug Labs is a tech company that “helps organizations innovate in the rapidly-growing ‘Internet of Things’ market.” Since its business involves connecting various types of products to the Internet, Bug Labs provides open source hardware modules called “Blocks” that can be used by customers to create their own customized electronic devices.

“Bug’s Blocks are snap-together modules, including a powerful Linux-based CPU, sensors, actuators and transceivers, which allow rapid prototyping, cost-effective deployment and field upgradability in a wide variety of use cases,” says Bug Labs on its website. “Bug Blocks can be used to complement or replace existing devices.”

While Bug Labs’ Block modules are primarily geared toward engineers rather than your average consumer, these versatile hardware components are similar in concept to the modular mobile devices being developed by many companies. Bug Labs’ modules include everything from touchscreen displays and digital cameras to RFID scanners and atmospheric gas sensors. 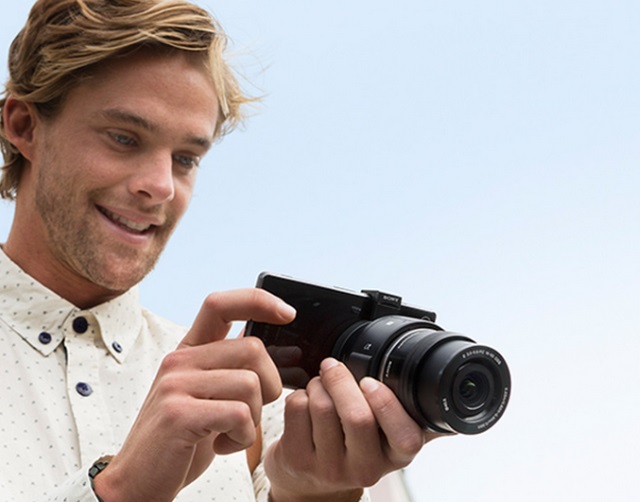 While modular mobile devices have yet to hit store shelves, there are many accessories currently available that can enhance or alter the functions of today’s readymade smartphones. Some of the most commonly seen mobile device accessories are the ones that are designed to enhance a smartphone’s picture-taking capabilities. One of the latest and greatest smartphone camera accessories is Sony’s ILCE-QX1 smartphone-mountable camera.

Geared toward professional photographers, the ILCE-QX1 is a good example of a niche smartphone modification product that would never be implemented in a mass-produced mobile device marketed to the general public. As described on Sony’s website, the $399 accessory will “Turn your smartphone into a mirrorless APS-C sensor camera” that can capture high quality 20.1 megapixel resolution images. The camera can connect to an iOS or Android-based mobile device via NFC or Wi-Fi and is controlled through an associated mobile app. Photos are automatically stored on both the camera and the phone’s memory.

If you have ever wanted to see the world like the alien creature in Predator does, then this infrared camera smartphone accessory from Seek Thermal is for you. The plug-in camera allows you to see the infrared light that all objects emit. By applying various colors to the different levels of infrared light the camera detects, it produces an image that allows you to see the temperature reading of an object. As demonstrated on Seek Thermal’s website, this allows you to “see” things you couldn’t normally see with the human eye, such as the ghostly impression of footsteps on a wooden floor, or a warm-blooded creature hiding in the dark.

The Seek Thermal camera costs $199 and is available for both Android smartphones and iPhones. The device plugs into Android-powered devices via a micro USB port and into iPhones via Apple’s proprietary Lightning connector. 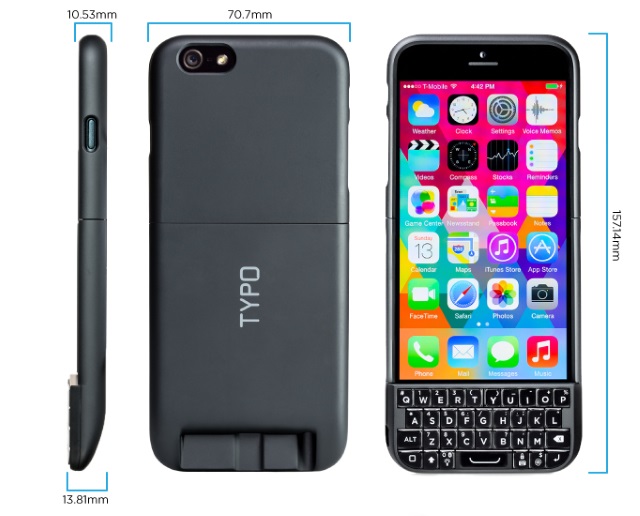 “Typo2 was born out of a desire for efficiency,” says Typo’s website. “For several years, many of our friends and colleagues carried two phones: one for typing and correspondence and an iPhone for virtually everything else.”

Previously known simply as the Typo keyboard, the product was redesigned earlier this year after the company was hit with a court-ordered injunction that banned the sale of the Typo keyboard due to its similarities to BlackBerry’s patented keyboard design, reports Apple Insider. Besides being a good example of a smartphone modification product aimed at a niche market customer, the Typo is also notable for being backed by television personality and producer Ryan Seacrest.