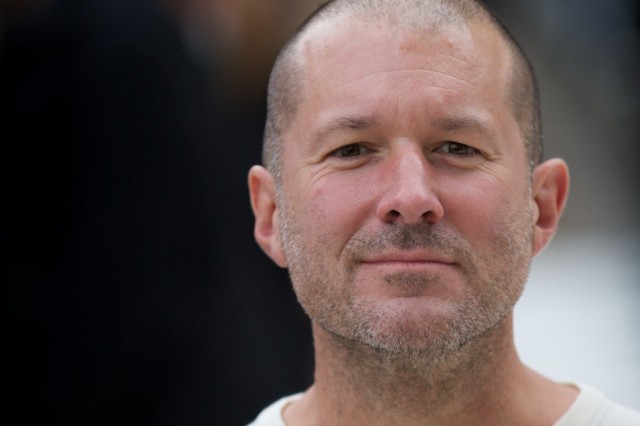 While not everyone would recognize Jony Ive if they encountered this unassuming designer in person, chances are most people would recognize his work. Since 1996, Ive has been designing Apple’s most popular and iconic products, including the iMac, the iPod, the iPhone, and the iPad. Ive also led the iOS 7 redesign effort that resulted in the crisp, minimalist interface seen in the last two iterations of Apple’s mobile operating system. Ive’s design work has garnered him multiple awards and he is regularly cited as one of the most influential product designers in the world.

Thanks to a combination of Ive’s natural shyness and Apple’s notorious secrecy, the renowned product designer doesn’t typically spend a lot of time speaking to the press. However, Ive has been on a bit of a whirlwind media tour lately, as he touts the recently released iPhone 6 and iPhone 6 Plus, as well as the soon-to-be-released Apple Watch. Fortunately for the press, when Ive does grant interviews, he can always be counted on to provide several interesting quotes that offer insights on everything from his personal design philosophy to his relationship with longtime friend and former boss Steve Jobs. Keeping that in mind, we thought this would be an opportune time to pull together seven of the most memorable Jony Ive quotes from the past year.

Quote: “We’re surrounded by anonymous, poorly made objects. It’s tempting to think it’s because the people who use them don’t care — just like the people who make them. But what we’ve shown is that people do care. It’s not just about aesthetics. They care about things that are thoughtfully conceived and well made. We make and sell a very, very large number of (hopefully) beautiful, well-made things. Our success is a victory for purity, integrity — for giving a damn.” (Jony Ive in an interview with TIME magazine.)

Context: Jony Ive was referring to how the iPhone proved that consumers are not “price-obsessed philistines” but are willing to pay top dollar for products that are well designed. Apple’s focus on quality over quantity allowed the company to snag between 60 and 70 percent of the phone industry’s total profits last year, despite having less than a 10 percent share of phone sales, according to mobile industry analyst Horace Dediu. 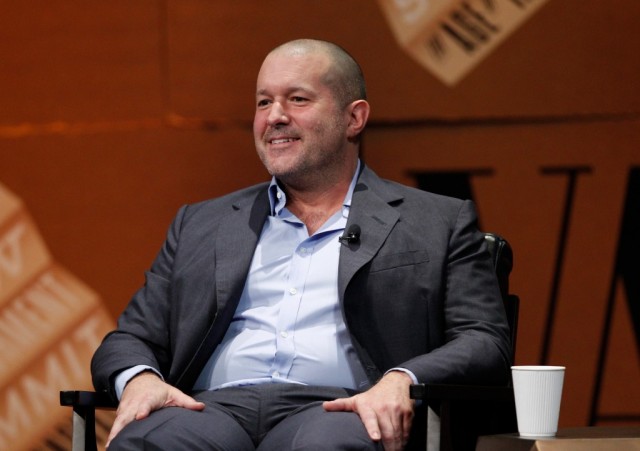 Context: Jony Ive dropped this verbal gem after he was asked by an audience member how he deals with the “inevitable tension between form and function.” Although Ive basically just put a twist on the old “form-follows-function” design principle, somehow his quote does a better job of expressing the essence of this idea.

Quote: “Honestly, I don’t think anything’s changed. People felt exactly the same way when we were working on the iPhone. It is hard for all of us to be patient. It was hard for Steve. It is hard for Tim.” (Jony Ive in an interview with The New York Times.)

Context: Ive was responding to a question about how Apple’s approach to design and innovation may have changed since Tim Cook succeeded Steve Jobs as CEO. It should be noted that this interview was conducted in June 2014, several months before the company announced the Apple Watch. At the time of the interview, investors were clamoring to see a new product category and critics were accusing Apple of losing its innovative edge in the post-Jobs era. The Apple Watch is the first new product to be introduced under Cook’s tenure and marks Apple’s first entry into the smartwatch market. 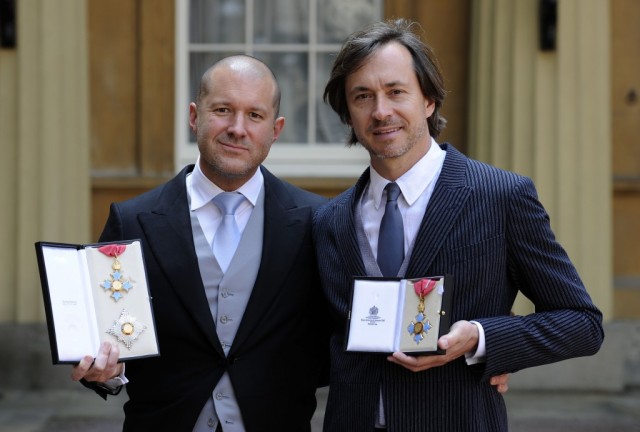 Quote: “We are both fanatical in terms of care and attention to things people don’t see immediately. It’s like finishing the back of a drawer. Nobody’s going to see it, but you do it anyway. Products are a form of communication — they demonstrate your value system, what you care about.” (Jony Ive in an interview with Vanity Fair.)

Context: Jony Ive and close friend and fellow designer Marc Newson conducted a joint interview in the run up to “Jony and Marc’s (RED) Auction” at Sotheby’s in 2013. In the quote above, Ive was elaborating on the kinship he has with Newson due to their shared design philosophies. Needless to say, Ive’s approach to design has paid off for Apple, a company that has consistently been able to charge premium prices for its products due to Ive’s fanaticism with “care and attention.” In September 2014, Vanity Fair reported that Newson had joined Apple’s design team, which means that the Cupertino-based company now has two of the most respected industrial designers working today. 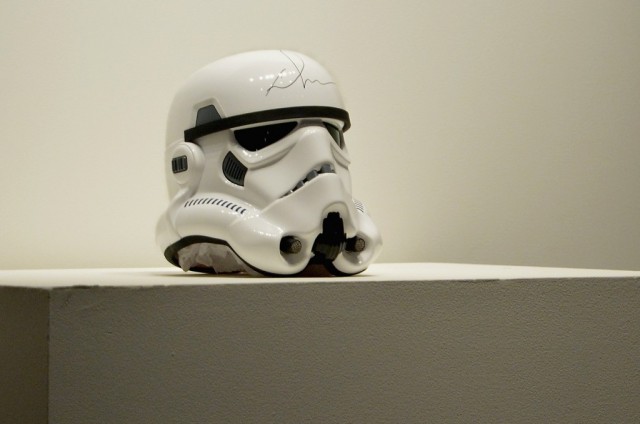 Quote: “Star Wars was something that both Marc and I grew up watching and it was really, really informative to our view of the future. This idea of having the baddies wearing bright white shiny armor was fantastic…So much of what we do is trying to imagine something that doesn’t yet exist. And so that whole genre — science fiction — and that sort of view of the future, is a lot of what occupies and preoccupies us.” (Jony Ive speaking with interviewer Charlie Rose.)

Context: In November 2013, Jony Ive and fellow designer Marc Newson collaborated on an auction to benefit (RED), a non-profit founded by Bono and Bobby Shriver that funds the global fight against AIDS. The auction included over 40 objects that were designed, selected, or customized by Ive and Newson, including a “Stormtrooper” helmet from the Star Wars film franchise. While Ive didn’t say if the Stormtrooper helmet was the inspiration behind the white design ethos seen in so many Apple products, it is interesting to note the similarities. 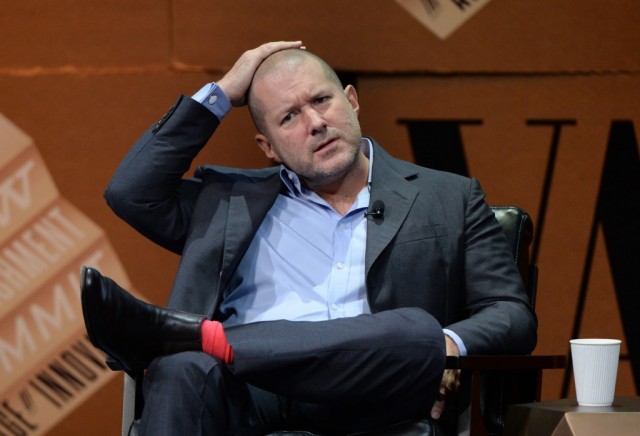 Quote: “I don’t see it as flattery. When you’re doing something for the first time, you don’t know it’s going to work. You spend seven or eight years working on something, and then it’s copied. I have to be honest, the first thing I can think, all those weekends that I could have at home with my family but didn’t. I think it’s theft, and it’s lazy.” (Jony Ive speaking with at Vanity Fair’s New Establishment Summit in San Francisco.)

Context: Ive was responding to an audience member’s question about how he felt about companies that ape Apple product designs, such as Chinese manufacturer Xiaomi. Besides offering devices that feature design elements borrowed from the iPhone and iPad, Xiaomi’s products also feature names that are strikingly similar to Apple’s product names, such as the MiPhone and the MiPad. However, unlike Apple, Xiaomi sells it devices solely over the Internet at cut-rate prices. According to market research firm Canalys, Xiaomi became China’s top smartphone vendor in the second quarter of 2014 and the fifth largest vendor in the worldwide market. 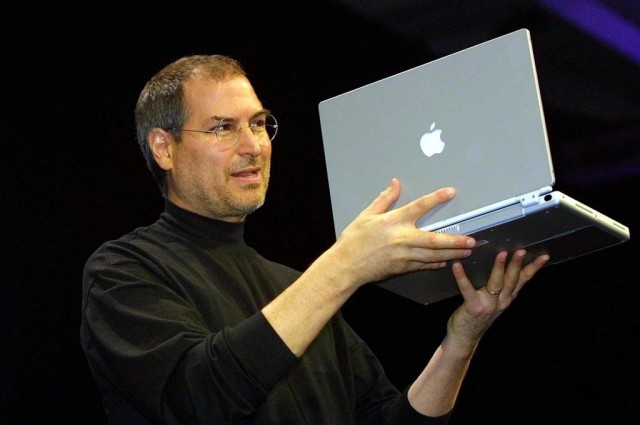 Quote: “I think it’s important that we learn how to draw and to make something and to do it directly to understand the properties you’re working with by manipulating them and transforming them yourself.” (Jony Ive in an interview with Vogue.)

Context: Ironically, although Ive mostly designs computer products that will be mass produced via a largely automated process, he believes that designers should sometimes step away from their computers and take a more hands on approach. He told Vogue magazine that many of today’s design schools are failing their students by not teaching “traditional skills” such as drawing and making real — not virtual — objects. Ive practices what he preaches. As he revealed in an interview with TIME magazine earlier this year, he visited with metalworkers in Japan to study how they hammered thin sheets of metal in order to understand the properties of the material while he was developing the Titanium PowerBook.