14 of the Weirdest Video Games You’ll Ever Find

In the wide world of video games, there are many archetypes that are known, accepted, praised, and played rampantly. There are classic first-person shooters like Call of Duty or Battlefield. There are platformers like Sonic and Mario. There are role-playing games like World of Warcraft and The Elder Scrolls, and there are plenty more categories that everyone knows and loves. Then there are the weird ones.

Anyone who’s browsed around for games long enough has probably stumbled across a few. Some of them are even bigger titles that still make us scratch our heads and ask, “Is that really a video game?” Sometimes, the answer is “Yes.” Here are some of the games that may strike us as the most bizarre concepts to actually be realized in full video-game form.

Probably the majority of people that saw the above video of Goat Simulator assumed that there was no way this was really a game. One of the quotes within the video even begs for it to be released as a real game. In truth, the game looks like it may actually have been intended as a joke. Before its launch, it’s developers claimed “Goat Simulator is a small, broken, and stupid game … It was made in a couple of weeks so don’t expect a game in the size and scope of GTA with goats. In fact, you’re better off not expecting anything at all actually. To be completely honest, it would be best if you’d spend your $10 on a hula hoop, a pile of bricks, or maybe a real life goat.”

That makes it sound even more like a joke. When asked about the reality of the game in the FAQ, the answer to the question “Bro are u srs?” was a firm, and resounding “Yes.” Expect plenty of madness as you play a goat let loose on the town with horns for ramming ragdoll humans, extreme jumping abilities aided by trampolines, and a tongue that stretches and attaches to objects so you can whirl them around as you chase the mortified humans. Since that’s the real life of a goat.

Along the same lines as Goat Simulator, Farming Simulator fits out on the margins of the simulation genre. While we’ve gotten used to playing flight simulators, racing games that could fall into the category of simulation, or any of Maxis titles that allowed us to design and manage our own city, the idea of expanding that to a farm might not have crossed many people’s minds.

But it did cross the minds of the folks at Giants Software. The game was designed and released for multiple platforms, and a quick YouTube search of the title shows that there is actually quite a following for the game, as some videos have a surprisingly high view-count. The game may not be as dull as it sounds, as the simple addition of “dub step” when searching for the game offers wilder results.

This is another game that stands on similar ground to Goat Simulator, but it relates in a different way. The game sets you in a world where humanity has vanished, and you start out as none other than one of nature’s vicious predators — the Pomeranian — or a small silka deer. The game forces you to explore, find food, set up a place to live, and mate.

As you progress through the game, you gain experience and can unlock different animals that may be a bit more threatening than the Pomeranian. Throughout the perilous journeys and generations, you get to explore downtown Tokyo. 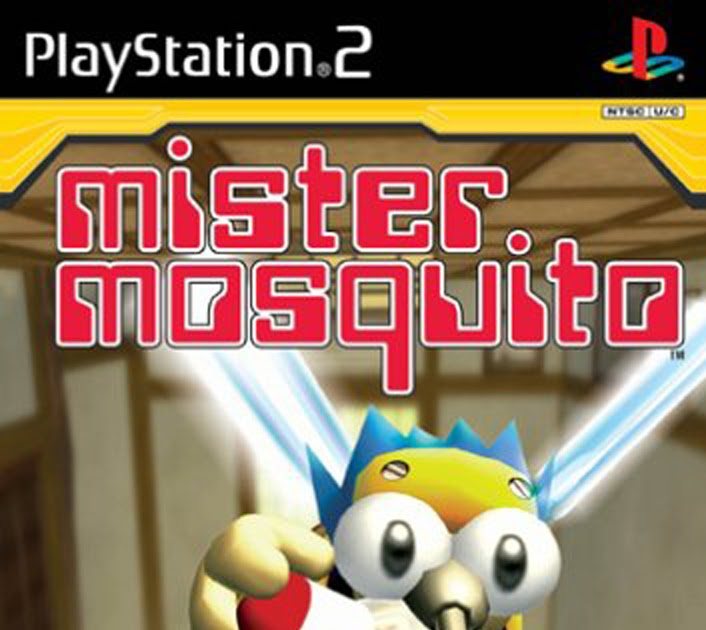 There seems to be a trend for games that have you controlling critters are among the weirdest out there. Mister Mosquito is not an exception. In the game, you terrorize a Japanese household, waiting for the right moment to strike and steal their blood. If the right moment doesn’t present itself, sometimes you have to create distractions, like flying into a light switch to turn the lights off.

If it wasn’t weird enough to be a mosquito or go around sucking blood, the game also forces you to enter combat with the folks in the household as they try to smash you. A few well-placed bumps are what it takes to calm them down.

Japan seems to have a knack for these kinds of games. Japan World Cup doesn’t fall short in bizarre points. The game appears to be about horse racing in Japan, and it has the setting just right, but things go odd when the racers start to line up in the box. Some horses have weird hair styles or strange bodies, some of them aren’t even horses at all.

The game is loaded with silly antics, strange things for jockeys to ride — whether it’s an elephant, yeti, trojan horse, or a barrel with human legs sticking out posing as a horse — you also get odd obstacles. If it wasn’t crazy enough that the game existed, then it’s plenty crazy that it’s a series with several titles. 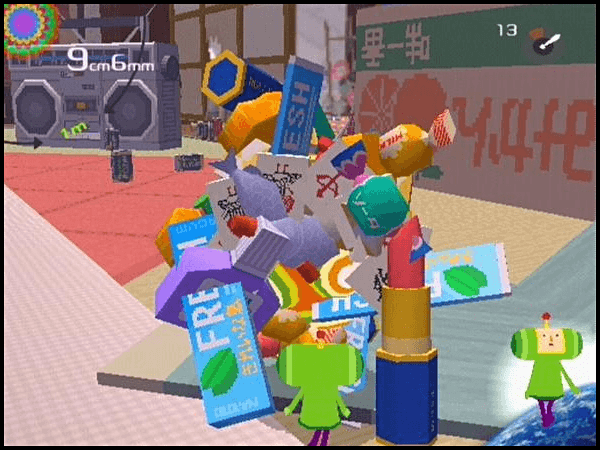 Now it’s confirmed: Japan knows how to get away with releasing some of the most bizarre games and has clearly had enough success to keep doing it. Katamari Damacy follows a pint-sized prince who has to make up for his father’s destruction by rolling around a ball that clumps items together into a giant mass that the prince can use as celestial objects.

The game is goofy and was developed on an exceedingly small budget. Nonetheless, it was actually a solid success. It spawned numerous sequels across multiple platforms.

7. Icarus Proudbottom in The Curse of the Chocolate Fountain

Icarus Proudbottom in The Curse of the Chocolate Fountain | 1-2-3 Blast On!

The story of Icarus Proudbottom follows a young man who is cursed into constantly defecating, and at such a fast rate that it sends him flying around the world and even into space. Along the way, he meets an owl that becomes his spirit animal and weapon, and fights countless enemies, including President Barack Obama.

Though this is easily one of the crazier concepts for a game, it is a little bit less surprising that it actually got made. The game features very simple graphics and was developed for flash, so just about anyone can play it on their computers. If you need more of this madness, look into Icarus Proudbottom Teaches Typing or Icarus Proudbottom: Starship Captain. 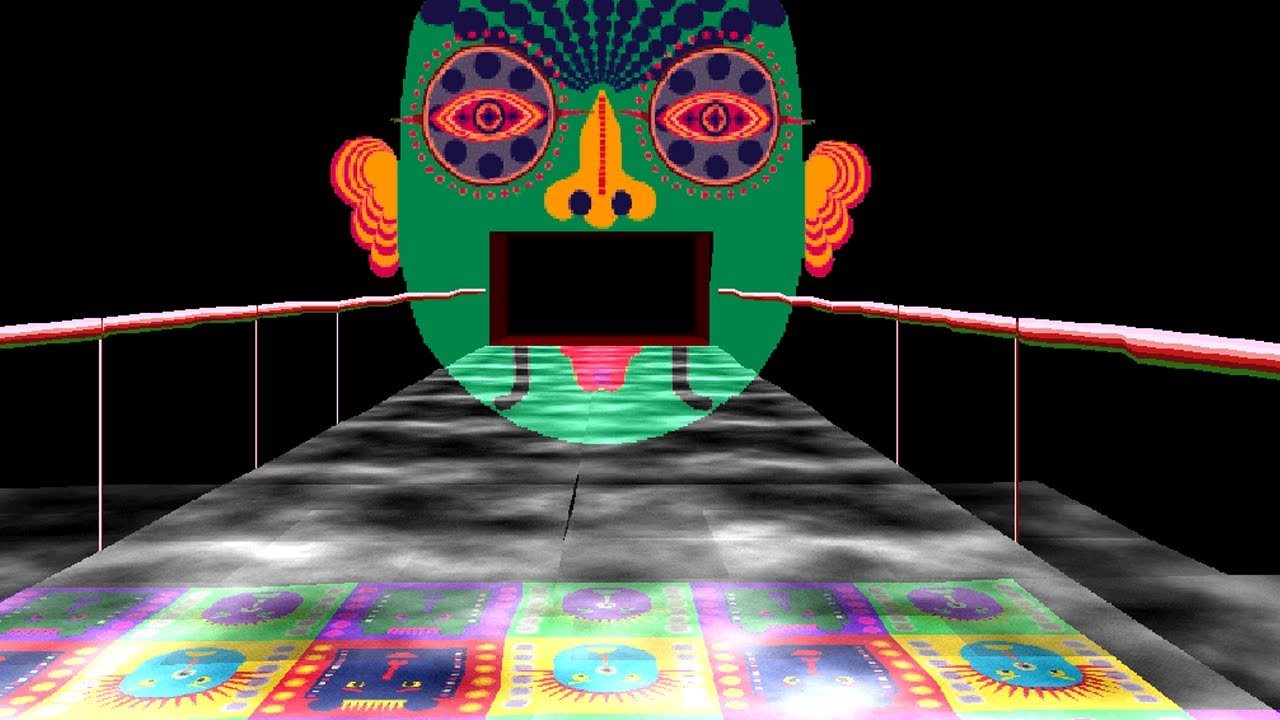 There’s no mistake in the title, though it is sometimes called LSD: Dream Emulator. If you’re confused as to why, be sure to check out the bit of gameplay above. The old PlayStation game allowed users to walk around a dreamworld inspired by the dreams of Hiroko Nishikawa, who worked in the studio.

The dreams change depending on numerous factors that you may never be able to repeat exactly in any play-through, which can create a unique experience every time. Sometimes that experience may be pretty creepy. There may be demons floating by or eyes popping out of the wall staring at you. You can never be sure what to expect. Unless you’re expecting strangeness — there will be plenty of that.

The best way to explain The Stanley Parable is probably just to make someone play it. The game has you play as Stanley, who works in a small office just typing in whatever is displayed on his computer screen. But that’s not the part you play. Instead, you explore the building because you stop receiving commands on the screen.

Between the numerous paths you can take, the way the narrator is constantly talking about your actions — whether disappointed in what you did, or trying to influence what you will do — and the way your character can lose his sanity, this game checks off all the boxes on the crazy list. As one of the more recently released games, The Stanley Parable may suit gamers who don’t really want to step back into the outdated graphics of some of the other titles here.

Let’s get straight to the point: Seaman stars a fish with a human face. That’s what’s onscreen pretty much the entire time you play this game. It’s a disturbing image that was burned into the minds of countless Dreamcast gamers in the early 2000s.

Seaman is a virtual pet, but he doesn’t come with instructions. You simply turn the game on and try different things to figure out how to feed and nurture this horrific creature. The only help you get is from the occasional instructions by the narrator, Leonard Nimoy (yes, that Leonard Nimoy). Soon you get more seamen to breed with each other and grow into hideous frog creatures. That is, provided you keep the seamen alive long enough to do so, which means checking in on them every day. One shudders just thinking about it.

In its early years, the iOS App Store saw some truly bizarre creations, but perhaps the strangest game was Enviro-Bear 2010. This title, which looks like it was made in MS Paint by a hallucinating lunatic, stars a bear engaging in some very distracted driving.

You control the bear’s every movement, but you can only do one thing at a time. You can press the gas to accelerate, but then you have to remove your paw to shift gears and turn the steering wheel. It gets even more complicated when you have to deal with things that fall into your car, like fish, rocks, and hyperactive badgers. It’s not much fun to play, but boy is it weird. 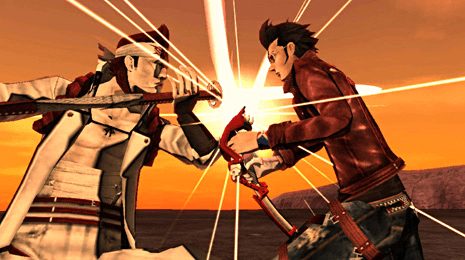 Throw in a sultry vixen, a glowing lightsaber, torrents of blood, and bosses that might sing lounge music or hit you with a shopping cart, and you’ve got the makings of a seriously strange video game. Best of all, it’s actually pretty good with a solid Metacritic score.

Standard Mario games are weird enough: you play as an Italian plumber who eats mushrooms to grow big and stomps on flying turtles to save the princess. However, it’s Wario, Mario’s arch nemesis, who runs away with the weirdness crown in the Mushroom Kingdom.

WarioWare: Smooth Moves is a “micro-game” collection for Wii that has you perform various time-based actions, many of which would weird out even the most jaded gamer. Using the Wii remote in all sorts of clever ways, you’ll have to balance a broom, pick a nose, vacuum up leaves, and even play sections of classic Nintendo games. The way this crazy hodgepodge comes together makes no sense at all, but by the end it might start to seem normal. That’s when you know it’s time to take a break.

Have you ever wondered what it’s like to be a new father with a wily baby crawling around, getting into all sorts of trouble? Or perhaps you’ve forgotten what it’s like to be that baby and want to relive the experience. Well, Who’s Your Daddy is basically a parenting chaos simulator.

The game is solely 1 v. 1 asymmetric multiplayer. One player plays the father, moving objects around and keeping an eye on the baby, trying to keep it safe and healthy. The second player is the baby and simply has to do whatever it takes to die. Whether that’s jamming a fork in a power outlet or shutting itself in the oven with a belly full of batteries and chlorine is up to the industrious baby player. Who’s Your Daddy is available on Steam for all to struggle with.

There are plenty of other crazy games out there. Keep an eye out.