Aereo’s Supreme Court Case Could Change How We Watch TV 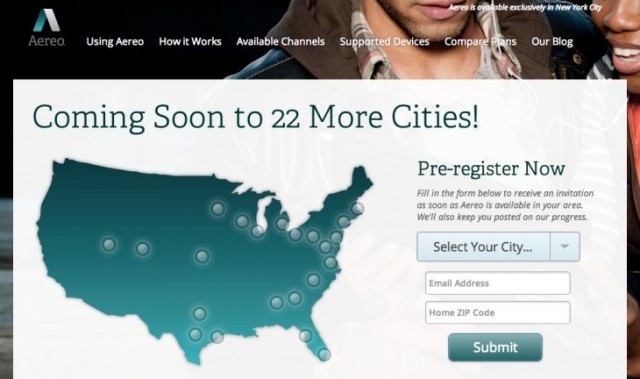 A significant bout between TV content providers and one technological boat-rocker, Aereo, is taking place in the Supreme Court. The case opened Tuesday, April 22, and could have an impact on how content providers make a sizable chunk of their revenue, or how Internet companies transmit media.

For the past few years, Aereo has been devising and expanding a network of antennas that can pick up all the channels that companies like Comcast’s (NASDAQ:CMCSA) NBC, Disney’s (NYSE:DIS) ABC, and News Corp’s (NASDAQ:NWSA) Fox transmit over the public airwaves, and from there Aereo sends the programming over the internet to customers. All three of the aforementioned content providers are involved in the case against Aereo, as well as CBS (NYSE:CBS), according to Newsweek. It’s not that retransmitting is something new — cable TV providers do it all the time — it’s that normally the content providers get paid handsomely for the right to retransmit.

As reported by Bloomberg Businessweek, broadcast industry analyst group SNL Kagan estimates the value of retransmission fees for broadcasters will be $4 billion this year. In 2012, the fee accounted for over 10 percent of broadcasters revenue — that’s a large chunk Disney, News Corp, Comcast, and CBS could lose if Aereo grows or others follow its lead. Naturally, it makes sense for the broadcasters to stand in opposition of Aereo, which doesn’t pay a cent when passing the broadcast content on to consumers. Aereo Founder Chet Kanojia believes the way his service operates exempts it from the fees, and he has put in the effort to build an infrastructure to earn that exemption.

According to CNET, Kanojia focused on two aspects of his service that he believes should keep it clear of fees other providers pay. Firstly, all the antennas that pick up the broadcast programs are controlled by the users, not by Aereo, and secondly, every recorded stream is made for each individual consumers — no lumping them together.

Though the antennas are not on top of users’ houses, they have remote control of them, choosing what broadcast to pick up. In this way, they are akin to bunny ear antennas that could be purchased by users to watch the programming free that way. After the broadcasts are picked up, Aereo encodes and stores each for individual viewers to ensure the stream is categorized as a private performance, which doesn’t not infringe on copyright, rather than a public performance that does — which it would be if Aereo encoded a single broadcast and then supplied all users with the same broadcast.

A win could still spell out trouble for Aereo, as some providers have threatened to simply pull their broadcasts from the airwaves, and instead only offer them over pay networks. A loss for Aereo could result in some changes to copyright law that ripple out and affect others that supply media online. For big-time TV watchers, or those invested in Disney, Comcast, CBS, or News Corp, the case will be one to keep an eye on.