Amazon’s Expected Smartphone Is About Much More Than Hardware 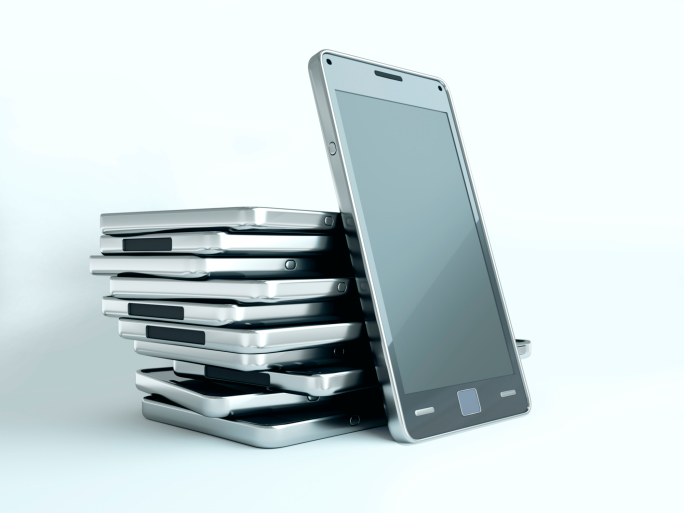 Amazon (NASDAQ:AMZN) is expected to launch a smartphone on Wednesday at an event in Seattle. As The New York Times reports, a smartphone would represent the final step in the e-commerce giant’s transformation into a tech company. That transformation has entailed investments in a huge variety of endeavors — from building a network of warehouses for fast shipping, to popularizing e-readers with the Kindle, to developing its own tablet, the Kindle Fire.

As The New York Times points out, the list of companies that consider Amazon a competitor is continually growing, with Walmart (NYSE:WMT), eBay (NASDAQ:EBAY), Google (NASDAQ:GOOG), and Apple (NASDAQ:AAPL) all interested in knowing what Amazon’s planning next. The rumored move to introduce a smartphone is of particular interest, not least of all because the introduction of a successful smartphone is something that even a few true tech companies have failed to achieve.

Google and Facebook (NASDAQ:FB) both launched phones that failed to gain traction in the market, while Microsoft’s (NASDAQ:MSFT) Windows Phone continues to struggle to gain market share, and BlackBerry (NASDAQ:BBRY) has fallen far from its position of dominance. Together, Samsung (SSNLF.PK) and Apple accounted for two-thirds of smartphone shipments in the U.S., as reported by PCMag, and the leading operating system was Google’s Android, with Windows’ phones accounting for just under 4 percent of shipments.

Amazon’s move to introduce a smartphone represents a high-risk investment, but potentially offers Amazon the ability to sell to customers without a middleman. Increasingly, accurate technology to track users’ interests and web searches will eventually allow companies like Google, with its Android operating system, to send consumers mobile suggestions on where to buy things online or in the real world.

Amazon will look to combine that capability with the barcode scanning and voice command-enabled Amazon Dash, designed to integrate with AmazonFresh and Amazon.com to enable users to quickly find and purchase groceries from their home. That would be Amazon’s ultimate goal with its own smartphone: to make it easy for users to find and buy the things they want from anywhere they carry a smartphone (i.e. everywhere.)

In addition to placing Amazon’s market directly in consumers’ pockets, the Amazon smartphone is expected to offer some technologically advanced features. As PCAdvisor reports, the phone is rumored to use front-facing cameras to track users’ eye movements and display 3D images without the use of special glasses. The feature is expected to appear on the lock screen, app icons, and on Amazon stores. The phone will likely run on the Fire operating system, a customized version of Android developed for the Kindle Fire tablet. Features could be bundled with Amazon Prime membership, and though there are no hints yet as to what an Amazon phone might cost, it’s possible that the company is working on at least one other, cheaper model of the smartphone to be launched after the 3D version. But it’s the 3D capability that’s likely to attract consumers, and send competitors scrambling.

Forbes projects that the smartphone could add $3 billion to Amazon’s revenue and $500 million to Prime subscription revenue. That’s provided that Amazon can pull enough customers away from Samsung and Apple to sell 1 percent — about 10 million – of the approximately 1 billion smartphones shipped in a year. Amazon is expected to price the smartphone at-cost, so the company’s ability to gain financially from the smartphone’s launch will depend on attracting new Prime members who pay $99 for the subscription every year (and typically spend more on Amazon than non-members do.)

The problem with that model is that Amazon’s business of selling products for cheaper than the competition means its profit margin is so low — 0.38 percent, according to Forbes — that it’s unlikely to be affected significantly by the additional e-commerce revenue that smartphone customers might bring. Amazon is very unlikely to change the pricing strategy that’s gained it its huge market share as it continues to fight media suppliers like Hachette and Warner Home Video for better (less expensive) terms.

An Amazon smartphone might not be the product that widens the company’s profit margins, and the product could very easily end up failing and costing the company more. After all, Samsung and Apple have succeeded in relegating their competition to a very small corner of the market. But this is about a much bigger game for Amazon, which wants to be the company to close the gap between wanting something and buying it.

Amazon is one of only a few companies with the vast marketplace capability to aspire to offer anything and everything that a consumer could see and want. So it’s eBay and Walmart, in addition to Apple and Samsung, that should be paying attention to what Amazon is doing. Closing the gap between wanting and buying is largely a matter of putting easy-to-use technology integrated with a capable marketplace in every consumer’s pocket. If Amazon is the first to create — and get consumers to adopt — a solution that locks them in to its marketplace and digital ecosystem, it stands to win big. In the meantime, it has little choice but to risk losing in the short term in order to get there.