Americans Fed Up With Facebook, But Can’t Stop Using It 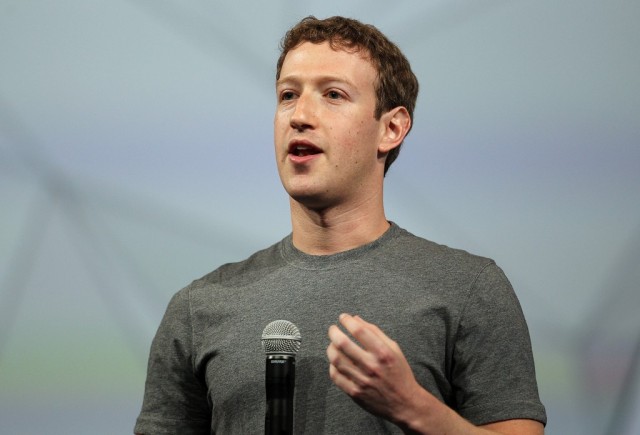 As the company’s quarterly earnings results made clear, Facebook (NASDAQ:FB) dominates the social networking space — and has finally figured out how to make mobile ads work. That means that Facebook stands to win when users log in everyday, from everywhere, through the service’s mobile apps. It looks like that’s exactly what they’re doing.

During Facebook’s quarterly earnings call, Mark Zuckerberg noted the amount of time that users spend with the service, telling investors that, “People on Facbeook use it 40 minutes everyday and one to five minutes on mobile. Overall people engage nine hours a day on digital media, which leaves a lot of room for growth,” according to VentureBeat. Zuckerberg noted that that 40 minutes per day spent on Facebook equals one in every five minutes spent on mobile in the U.S., according to TechCrunch.

During its earnings call, Facebook proclaimed that it’s a mobile-first company, and announced quarterly revenue of $2.91 billion, a year-over-year increase of 59 percent. The company’s advertising revenue came in at $2.68 billion — 62 percent of which was generated by mobile advertising. As The Wall Street Journal reported, Facebook’s daily active users jumped to 829 million, up 19 percent from a year ago. Monthly active users were also up, reaching 1.32 billion for a 14 percent increase.

But even though they use Facebook everywhere, and all the time, consumers aren’t particularly happy with the social networking giant. According to a survey by the American Customer Satisfaction Index, social media companies rank among the lowest scoring for consumer satisfaction. A report noted that the industry scored 71 out of 100, higher than only internet service providers, subscription television companies, and airlines:

“Social media websites rank among the worst performing companies tracked by the ACSI, but overall, social media has improved compared to a year ago. After climbing 4.4 percent to 71, social media is now the fourth lowest scoring category in the ACSI, above only airlines (69), subscription TV (65), and Internet service providers (63.)”

Advertising — the mainstay of social networks’ revenue — ranks high as a negative influence on consumers’ experience with social media. Particularly in the case of Facebook, privacy is another major concern. Other factors that affected users’ satisfaction with social media sites, as measured by ASCI, included the sites’ performance, the ease of using the service on mobile devices like smartphones and tablets, the ease of navigation, and the variety of services and information.

However, Facebook, LinkedIn (NYSE:LNKD), and Twitter (NYSE:TWTR) succeeded in making consumers a little happier this year, though on Facebook’s part, the results didn’t account for the fallout after news about its News Feed experiment broke. “Both Facebook and LinkedIn register higher satisfaction this year, but according to their own users, these sites are still the worst in the industry. Facebook gains 8 percent to 67, but the rise in satisfaction precedes the news that the social networking giant manipulated the news feeds of half a million users as part of a psychological experiment. LinkedIn also jumps 8 percent to an ACSI score of 67 — the site’s highest to date — but continues to lag all except Facebook.”

According to a 2013 report by Pew Research, 67 percent of American adults are Facebook users. However, Pew found at the time that 61 percent of current Facebook users said that at some point they’d voluntarily taken a break from the social network for a period several weeks or more, and 20 percent of the adults who didn’t use Facebook said that they’d used it in the past. Pew asked further questions of the 61 percent who’d taken a break from Facebook, and found several reasons why they had temporarily stopped using the site:

“The largest group (21 percent) said that their “Facebook vacation” was a result of being too busy with other demands or not having time to spend on the site. Others pointed toward a general lack of interest in the site itself (10 percent mentioned this in one way or another), an absence of compelling content (10 percent), excessive gossip or “drama” from their friends (9 percent), or concerns that they were spending too much time on the site and needed to take a break (8 percent.)”

In February, Mashable reported on another survey by Pew Research, which asked both male and female respondents about the reasons why they use Facebook and the things that they disliked about using Facebook. Forty-seven percent of survey respondents cited “seeing photos and videos posted by the people in your network” as a “major reason” (versus a minor reason, or not a reason) that they used the service, while 46 percent said that “being able to share something with many people at one time” was a major reason. Other popular reasons included “receiving updates and comments from the people in your network” at 39 percent, and “being entertained by funny things people share or post,” also at 39 percent.

Among the most common features that respondents indicated they “strongly dislike” were “people sharing too much information about themselves” at 36 percent, and “people posting things about you or pictures of you without your permission,” also at 36 percent. Among respondents who were parents, 57 percent also strongly disliked “people posting pictures of your children without your permission.” Advertising and privacy concerns weren’t included in the survey questions.

In February, Maria Konnikova noted in The New Yorker that psychological research into why we use Facebook has revealed a few core motivations: we want to keep in touch with our friends. “Sure, some people joined because of social pressure or expediency,” Konnikova wrote, “but the overwhelming majority of users were looking for something much more fundamental: social connection. Facebook had emerged as the best, most accessible, and most efficient way to maintain bonds with others.”

But another, more related factor has also emerged as a key motivation behind our continued use of Facebook. That is “the desire to broadcast the nature of these bonds” that we’ve formed with friends. Konnikova continues: “It’s not just the connection itself that matters. It’s easy enough to support someone in private but far harder to voice that same support publicly — and the public support is a much stronger sign of actual support … The wall and its comments, all those ‘likes’ and ‘shares,’ and, yes, even the once-maligned News Feed are so powerful because they make our grooming of one another more public.”

The point is this: based on the sheer size of its user base, and the growing ease of access regardless of where we are, Facebook is ubiquitous. It’s big, it’s annoying, it’s run by a corporation that’s motivated by advertising dollars, but chances are pretty good that all of your friends are on it. So even if you do log off for a week or a month, you’re likely to come back just to keep in touch with them. To see the dumb, funny, mundane statuses that they post and the photos that they share.

In its customer satisfaction report, ACSI noted that it’s surprising to see growth in services that so many users have reason to dislike. “It is rare to see strong growth in an industry with such low customer satisfaction. However, several of the major players seem to have realized that their long-term prospects may be in jeopardy unless they do better.”

Facebook seems interested in changing its advertising business — an area that seems to be a sticking point for users who complain about ads’ pervasiveness and the extensive use of personal information. VentureBeat notes that Facebook chief operating officer Sheryl Sandberg spoke about the opportunity for Facebook to expand its advertising to a much broader business than it is currently. Refocused advertising would center on “storytelling,” and be comprised of in-feed ads that feel more like content than ads. “I think for a long time television was for creative storytelling and online ads were for targeted text based results, but we’re seeing that change,” Sandberg noted.

As Facebook inevitably moves toward saturation in its core markets, it will need to find new ways to stay relevant — and maybe only mildly annoying — to users who can make connections and share content via an increasing number of social media services like Snapchat, Instagram, and Twitter. In a parallel to Pew’s research, Konnikova noted the reasons why people decide to leave Facebook. She writes that they alternately “see Facebook as pointless and unnecessary, they see it as a problematic distraction, and they are worried about privacy. ” While the loss of some users is inevitable, Facebook will need to address those concerns, particularly concerns around privacy and advertising, in order to maintain Facebook as a fun, or at least useful, service, and not just a drain on users’ energy and a threat to their privacy.