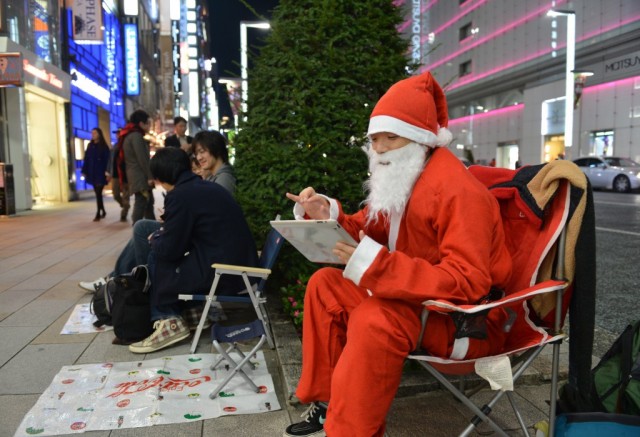 Fans of wrist-worn iOS-based devices may want to brace themselves for disappointment when they unwrap their presents this holiday season. According to a recent research note from KGI Securities analyst Ming-Chi Kuo, Apple is struggling with various production issues that may push the launch of the so-called “iWatch” into next year. In a note to investors obtained by 9to5Mac, Kuo claimed that the iWatch’s dissimilarity with Apple’s currently existing products has presented the company with “a much higher level of difficulty for the company as regards component and system design, manufacturing and integration between hardware and software.”

Kuo, who apparently has good connections with insider sources in Apple’s Asian supply chain, has correctly predicted major details about Apple’s previous products, including last year’s iPhone 5S. On the other hand, while Kuo is known to have a fairly good track record when it comes to product details, the timelines for his predictions have not always proven accurate.

This is not the first time that Kuo has updated his expectations for the iWatch. In a “new product roadmap” obtained by Apple Insider in April of this year, Kuo predicted that the iWatch would make its debut with two different sized models in the third quarter of 2014. Kuo also claimed that “the rumored iWatch will be Apple’s most important product this year, carrying much more weight than iPhone 6.”

However, Kuo began to adjust his timeline for the iWatch as the year wore on. In a research note issued in July and obtained by 9to5Mac, Kuo predicted that mass production of the device would probably not begin until “late-September to mid-/ late- November,” with the majority of units becoming available in December. He also lowered his total iWatch 2014 shipments estimate by 40 percent to just 3 million units, about half the amount that many other analysts had been expecting.

Kuo’s note issued in July also offered some details about the iWatch’s hardware. According to Kuo, the iWatch will feature a curved AMOLED (active-matrix organic light-emitting diode) display, a sapphire-covered screen, new system-on-a-chip components, and higher waterproofing standards. However, as noted by Apple Insider, Kuo also suggested that Apple was facing a sapphire shortage that would only allow the company to use the premium display covering material for about half of the iWatch units it produces. While Apple’s interest in sapphire is well known due to its partnership with GT Advanced Technologies, it is still unclear how widely this harder display material will be implemented in the next-generation of Apple devices. PTT Research’s Matt Margolis is one analyst who believes that Apple has secured enough sapphire to cover the majority of its new iPhone models, as well as the iWatch.

Besides featuring new types of hardware, Apple’s rumored wearable tech device is also expected to feature multiple biometric sensors that will collect data on a user’s health and fitness. This data will likely be used in conjunction with Apple’s recently unveiled HealthKit data storage platform.

While it remains to be seen if Kuo’s predictions will prove accurate this year, it should be noted that the analyst’s claim aligns with Apple’s history of reusing components across its product lines. For example, Apple’s original iPad mini featured a display with the same pixel density as the iPhone. This allowed Apple to produce a new display size without a creating an entirely new display production method. However, it would seem that the unique hardware requirements for the iWatch will not allow Apple to simply reuse or rework existing components and will instead require entirely new production methods. On the other hand, the initial production difficulties associated with this device may give Apple a technological head start on competitors that may be hoping to emulate the iWatch’s design. As stated by Kuo in the note seen by 9to5Mac, “[W]e are positive on iWatch and believe that the advantages of the design and business model behind it are difficult to copy.”