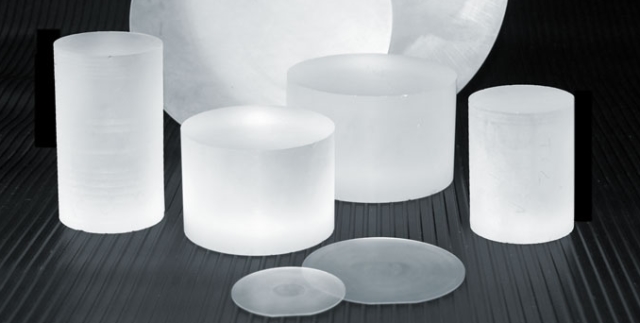 Apple’s (NASDAQ:AAPL) rumored iWatch and both of its upcoming iPhone 6 models will likely feature sapphire glass covers, according to prominent PTT Research analyst  Matt Margolis, reports Seeking Alpha. Apple’s expanded interest in sapphire has been known since last November, when GT Advanced Technologies (NASDAQ:GTAT) revealed in its quarterly earnings report that the iPhone maker had made a $578 million investment in a sapphire manufacturing facility that it runs in Arizona. While Apple currently uses Corning’s (NYSE:GLW) proprietary Gorilla Glass for its mobile device displays, sapphire is a thinner and more scratch-resistant material. However, at the time, it was unclear if Apple simply wanted to continue using sapphire as a protective covering for the Touch ID fingerprint scanner and the iPhone’s camera lens, or if the sapphire produced at the Arizona-based plant was intended for something else.

Earlier this year, 9to5Mac’s Mark Gurman and analyst Matt Margolis uncovered import/export documents that strongly suggested Apple would be producing displays for the iPhone at the sapphire plant. GT Advanced Technologies also filed documents with the Securities and Exchange Commission that confirmed that all of the sapphire manufacturing at the Arizona plant would be done exclusively for Apple.

Based on the number of sapphire furnaces and chamber systems that the plant had already procured, as well as other furnaces that it had on order, Margolis estimated that the plant would eventually be capable of producing as many as 210 million iPhone displays per year. This would be more than enough to supply Apple’s iPhone needs. As noted by CEO Tim Cook in the company’s earnings call for the fourth quarter of fiscal 2013, Apple sold 150 million iPhone units in fiscal 2013.

Margolis’s latest supply chain checks indicated that over 2,500 furnaces have been installed in the Arizona-based plant, which appears to confirm the high-end of his earlier estimates about the number of iPhone sapphire displays that could be produced at the plant. The analyst also suggested that Apple’s use of sapphire will extend beyond the iPhone models. “I believe that the Mesa sapphire operations will have ample supply to cover the iWatch, the 4.7″ iPhone and the 5.5″ iPhone with full sapphire cover glass in 2014,” wrote Margolis in a note provided by Seeking Alpha. “Additionally, the maximum sapphire screen capacity of the Mesa facility is likely to exceed 200m annual units.”

Margolis’s prediction contradicts recent rumors and reports that suggested Apple would face sapphire supply constraints. KGI Securities analyst Ming Chi-Kuo recently predicted that Apple would likely only have enough sapphire for certain high-end iPhone models, such as the 64GB version of the rumored 5.5-inch iPhone 6, according to a research note obtained by MacRumors. It should be noted that multiple media outlets and analysts have reported rumors that the upcoming iPhone 6 will be made available in two different screen sizes of 4.7 inches and 5.5 inches. Last month, an anonymous poster on China’s Weibo microblogging site made similar claims based on supply chain information. According to the poster’s sources, cost constraints would limit Apple’s use of sapphire to the 5.5-inch iPhone 6.

Apple fans will likely find out if Margolis’s prediction is true in September when the 4.7-inch iPhone 6 model is widely expected to be released. Some rumors have suggested that Apple will launch the 5.5-inch model at the same time, as it did with the iPhone 5C and the iPhone 5S, while other sources have pegged the larger model’s release date in early 2015. Release dates for the iWatch are similarly uncertain. A recent report from Japan’s Nikkei predicted that the iWatch would be released in October and would feature various biometric sensors and a curved organic light-emitting diode (OLED) touchscreen. However, in a research note obtained by Barron’s, Cantor Fitzgerald analyst Brian White predicted that the iWatch would be released alongside the iPhone 6, since the wearable tech device is likely intended to operate as an accessory to the iPhone.