Android Pulls Ahead in Ad Traffic Over Rival Apple 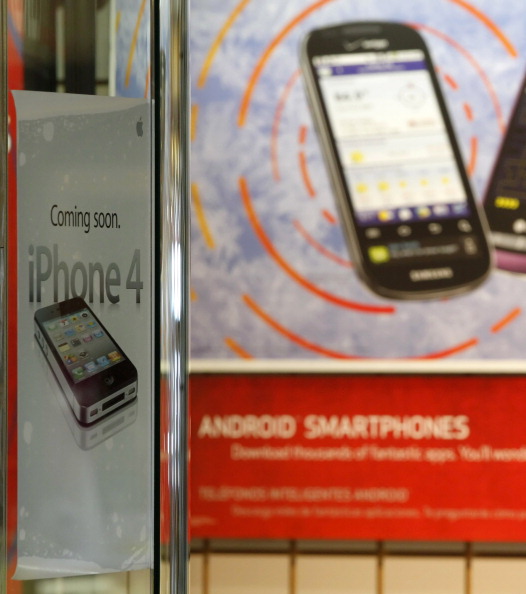 The fierce Apple (NASDAQ:AAPL) iPhone versus Google (NASDAQ:GOOG) (NASDAQ:GOOGL) Android battle for smartphone dominance and users’ hearts has yielded another victory for Android. The Android platform is the now the top device market in the world, according to a quarterly report of mobile ad traffic released Tuesday by Opera Mediaworks, an American firm specializing in mobile advertising.

In its press release announcing the findings, Opera describes the win as Android sneakily stealing the lead from Apple. “Android phones crept up to take the majority market share from the iPhone at the end of 2013, but traditionally iOS as a platform has always captured the most traffic. Now, for the first time, the Android OS has the most traffic (42.8 percent versus iOS’s 38.2 percent) — and it is slowly increasing its mobile ad monetization as well, now accounting for over 33 percent of revenue compared to 26.7 percent at this time last year,” said Opera in its statement.

What this means in layman’s terms is that based on mobile ad views, Android users now make up a higher percentage of those views than Apple users because Android usage of the apps and mobile web that exposes smartphone and tablet users to these ads is growing. Also, Android is making more money of those ads in the process.

This is a shift as Apple devices have traditionally led in this category before the report for the first-quarter of 2014. This makes sense considering that there are more Android smartphones out there than Apple ones. However, Apple still retains its lead in terms of the money made off of its platform.

The rivalry between Apple and Android has played out in markets and even courtrooms across the country and the world. Android maintains a slight lead over Apple with 51 percent of the American smartphone market to Apple’s 42 percent share. This rivalry is why the smartphone market is really a two-party competition in the United States. Together, the Android and Apple smartphones make up 93 percent of the market. The remaining 7 percent is a battle between Microsoft (NASDAQ:MSFT) Windows, BlackBerry (NASDAQ:BBRY), Symbian, and other distant contenders.

When it comes to the individual companies that make smartphones, Android friendly Samsung (SSNLF.PK) becomes the rival to Apple, which produces the iOS exclusively for its own smartphones and devices. Worldwide Samsung outsells Apple, but in the United States, Apple has a slight lead over Samsung. The two are also currently in the midst of a legal battle in a San Jose courtroom regarding patent violations. Apple claims Samsung violated five of its patents. Samsung counterclaims that Apple has violated two of its own patents. The trial is expected to wrap up later this week. Apple also has tried recently to reopen a case against Motorola (NYSE:MSI), another smartphone manufacturer that uses the Android operating system.

In short, Android has won this battle for now, but the rivalry is just continuing as usual. Media reports about Apple and Google’s push for platform exclusive games and other apps confirm that the larger war to become the smartphone of choice continues.