AOL: How Badly Did Tim Armstrong Mess Up? 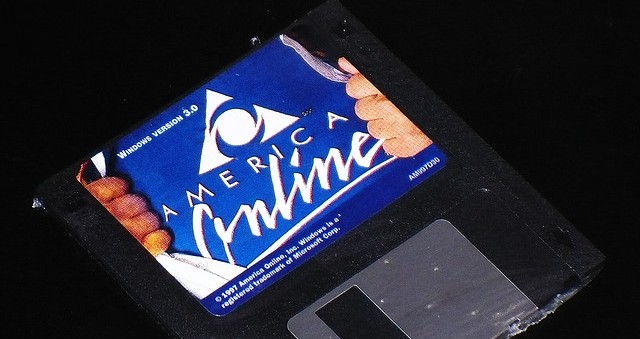 AOL (NYSE:AOL) reported its best financial news in a decade last week, but the world hardly noticed. The company’s fourth-quarter and full-year earnings were buried in a landslide of bad press thanks to CEO Tim Armstrong, who botched a policy change and was forced to do damage control when he should have been celebrating.

First, the earnings. AOL reported fourth-quarter revenue growth of 13 percent on the year to $679 million, and full-year revenue growth of 6 percent to $2.32 billion, making for the “most successful year in the last decade” according to Armstrong. Analysts were looking for revenue of about $655 million for the quarter. Adjusted operating income (before depreciation and amortization) increased 19 percent on the year in the fourth quarter to $147.3 million, and diluted earnings increased 5 percent on the year to 43 cents per share. Analysts were looking for earnings closer to 46 cents per share, but restructuring charges of $13.2 million, “largely related to a reduction in personnel,” took their toll.

The news should have been a boon for the company, and should have carried the stock through the weekend on a wave of positive investor sentiment, but Armstrong undermined the bull rush when he made some poorly chosen comments on a company-wide conference call. Armstrong had just announced a change in the way that AOL was handling its 401(k) retirement program — the company would no longer match contributions at the end of each pay period, but would instead provide a lump-sump match at the end of the year — and justified the change by citing increased healthcare costs.

Without any additional details, the story so far seems somewhat reasonable. AOL is not exactly drowning in cash and Armstrong, who invoked the specter of Obamacare, is navigating a changing healthcare environment where costs have risen and are expected to continue rising. In its effort to cut costs, the company decided to edit its retirement program in favor of maintaining its healthcare program. Matching with a lump sum at the end of the year instead of at the end of each pay period meant that employees who quit during the year wouldn’t receive those contributions, ostensibly saving AOL some cash.

The decision was dubious to begin with, though. The new policy meant that employees could not reap the benefits of investing the matched contributions as they were received, losing out on some potential gains, and the lump sum exposed them to some downside risks related to timing.

Whatever the merits of the policy, they were lost in the firestorm that erupted when Armstrong cited “two AOL-ers that had distressed babies that were born that we paid a million dollars each to make sure those babies were OK” in a company-wide conference call as a reason for the change.

“Those are the things that add up into our benefits cost,” he said, according to Capital New York. “So when we had the final decision about what benefits to cut because of the increased healthcare costs, we made the decision, and I made the decision, to basically change the 401(k) plan.”

Armstrong has since reversed the changes to AOL’s 401(k) plan, but the media firestorm hasn’t been extinguished yet. The controversy agitated some bad mojo left over from when Armstrong fired an AOL employee during a live conference call for taking a picture of him. Armstrong apologized for the public beheading at the time, but did not reverse his decision to fire the employee. The move raised some red flags, which were hoisted higher in light of the recent incident.

The bad press was also an excuse to marginalize AOL’s strong quarter. Some observers were quick to point out that of AOL’s $147.3 million in adjusted operating income, $145.9 million was from its Membership Group business, a unit which experienced an 8 percent contraction. In other words, AOL’s core legacy business suffered, a development that shouldn’t be ignored particularly in light of news that AOL is pruning Patch.com. AOL hasn’t been able to launch a killer new product or business in years, and it’s unclear that simply fine tuning the current business will yield long-term success.