Apple and Google Agree to Limited Truce in Patent War 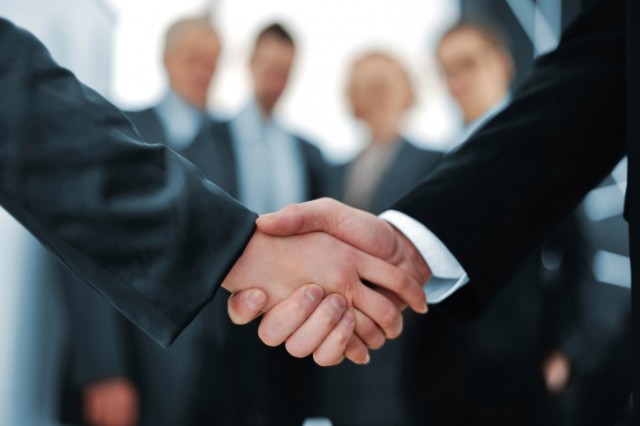 Apple (NASDAQ:AAPL) and Google (NASDAQ:GOOG) (NASDAQ:GOOGL) have agreed to drop multiple patent-infringement lawsuits against each other in what could signal a change in strategy for the two companies that have been fighting each other for years over smartphone technologies in courtrooms around the world. “Apple and Google have agreed to dismiss all the current lawsuits that exist directly between the two companies,” said the two tech giants in a joint statement released on Friday and obtained by the Financial Times. “Apple and Google have also agreed to work together in some areas of patent reform. The agreement does not include a cross license.”

Although the agreement only ends “direct” litigation between the companies and does not include a cross-licensing agreement, this may be a sign that the makers of the world’s two most popular mobile operating systems are beginning to soften their stances on a patent war that has resulted in few long-term benefits for either side. The agreement comes on the heels of the recently concluded Apple v. Samsung (SSNLF.PK) patent-infringement trial in California. Although the trial resulted in a nearly $120 million damages award for Apple, the verdict was widely seen as a symbolic victory for Samsung, since the iPhone maker had been seeking $2.2 billion in damages. Google offered testimony and financial support to Samsung in the trial, since its Android operating system was at the heart of most of Apple’s patent-infringement claims.

Apple kicked off the smartphone patent wars in 2011, when it filed a patent-infringement lawsuit against Samsung, the Korean-based company that has risen to become the biggest smartphone vendor in the world. Samsung’s devices are powered by Google’s Android, a mobile operating system that Apple has long accused of copying aspects of its own iOS. Most industry watchers view Apple’s litigation against Samsung and other makers of Android-based smartphones as a proxy war on the biggest mobile operating system rival to iOS.

However, in 2012 Google stepped into the fray when it purchased Motorola Mobility in order to acquire the company’s sizable patent trove. Google soon initiated its own patent-infringement lawsuits against Apple and also continued other lawsuits against the Cupertino-based company that it had inherited from Motorola. Google is currently in the process of selling Motorola Mobility to Chinese PC maker Lenovo, but is also retaining control of the majority of Motorola’s valuable patent portfolio.

Apple and Google have both recently suffered setbacks in the smartphone patent wars. As noted by the Financial Times, last month the European Commission ruled that Motorola Mobility engaged in anti-competitive behavior by seeking injunctions against rivals over their use of standard-essential patents, or SEPS. SEPs cover essential technologies that companies are required to license under FRAND (fair, reasonable, and non-discriminatory) terms and can no longer be used as the basis for a sales ban in Europe. Around the same time, a U.S. appeals court that revived one of Apple’s patent-infringement claims against Motorola also devalued a key Apple patent being used in the case against Samsung by affirming a judge’s previous construction, as noted by FOSSPatents. In this sense, both Apple and Google appear to have good reasons for dropping their fruitless litigation against each other.

On the other hand, the recent agreement doesn’t end the “indirect” lawsuits that the companies have filed against each other, and it will also not end Apple’s litigation against Samsung. This means that Google is likely to continue its support of Samsung’s lawsuits against Apple, and Apple is likely to continue its support of lawsuits filed by other companies against Google and Android smartphone makers. Rockstar Consortium is an intellectual property licensing company jointly operated by Apple and several other major tech companies. According to Bloomberg, Rockstar filed multiple patent-infringement lawsuits against Google and several Android smartphone makers in October 2013. Rockstar’s lawsuits do not appear to be covered by the recently announced truce.