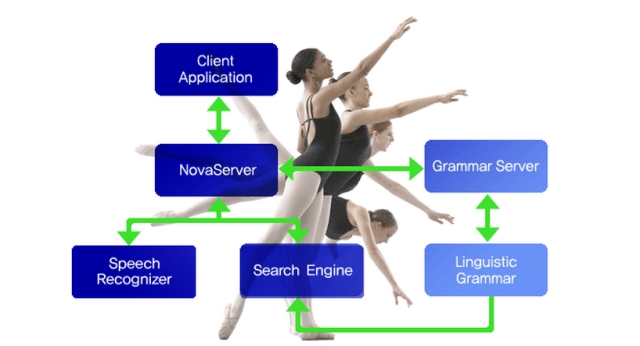 Apple (NASDAQ:AAPL) bought automatic speech recognition technology company Novauris Technologies last year, reports TechCrunch. While the acquisition has not been officially announced by either company, Novauris co-founder Melvyn Hunt confirmed that the company had been purchased by Apple when he was contacted by TechCrunch.

According to Novauris’s website, the company’s speech recognition system is unique due to its NovaSearch technology that enables it to identify “complete phrases from start to finish by matching them against a potentially huge inventory of possible utterances. This enables it to assemble information about what has been spoken over utterances of virtually any length and take near-optimal decisions.” The company noted that “Most commercial speaker-independent speech recognition systems work by recognizing words or sequences of words in the order in which they are spoken, usually applying a grammar to define the word sequences expected.”

NovaSearch is the underlying technology of NovaSystem, Novauris’s primary software product. Per the company’s website, “NovaSystem, is a server-based distributed speech recognition system, capable of handling multiple simultaneous voice access requests, and, if required, spreading the computational load over a multi-computer installation.” According to TechCrunch’s sources, the Novauris team is now working to improve Siri, Apple’s voice-activated personal assistant.

As noted by TechCrunch, Novauris was founded by former employees of Dragon Systems R&D U.K., a subsidiary of the well-known voice technology company Dragon Systems. Dragon Systems made the “Dragon NaturallySpeaking” and the “DragonDictate” products. Novauris’s technology is used by several other companies, including BMW, Panasonic, Samsung (SSNLF.PK), and Verizon (NYSE:VZ). According to TechCrunch, Novauris is seen as a particularly valuable acquisition, because it owns the core engine of its speech technology and operates in “both the embedded and server space.”

Siri — which was originally released by Apple in 2011 — was seen as a revolutionary step forward in human-computer interaction. However, since then, various other personal digital assistants have been developed and released. Google (NASDAQ:GOOG) released Google Now in the year following Siri’s release. Microsoft (NASDAQ:MSFT) recently unveiled its native digital assistant – Cortana — as part of its soon-to-be-released Windows Phone 8.1 update.

Apple bought three times as many companies in fiscal 2013 than it did the previous year. Although Apple typically does not purchase large businesses, it will buy smaller companies in order to acquire a specific technology to augment or create a product or a service. For example, Apple acquired Siri Inc. in order to gain the startup’s eponymous voice-activated assistant technology. Similarly, Apple acquired fingerprint sensor technology company AuthenTec in order to create the Touch ID fingerprint scanner for the iPhone 5S. Now it appears that Apple is seeking to improve Siri with its acquisition of Novauris.